Not "Maidan", but devastation: the West is betting on Russia's economic defeat 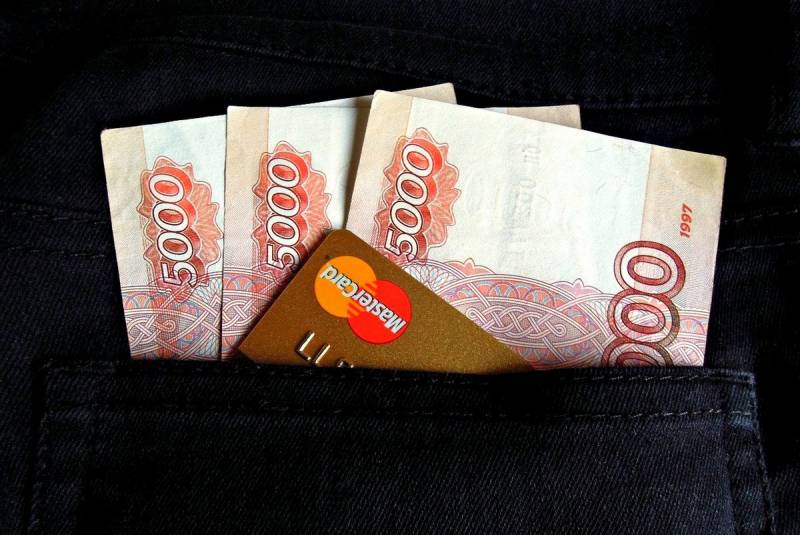 Apparently, after the "mass protests" associated with the arrest and subsequent conviction of Alexei Navalny suffered a complete fiasco, the West was very upset. They pinned great hopes on these initially doomed actions in terms of destabilizing our country, but it all ended in nothing. However, our “best friends” are not discouraged and have already come up with a new scenario for the next, God knows what is the “collapse of Russia”.


Now the focus is not on the "color revolution", but on economic problems that, in the opinion of Western "experts", should inevitably fall on our Fatherland. Do such expectations have any basis or are they nothing more than the fruit of a wild fantasy of Russophobes? Let's try to figure it out.

Is the Kremlin "buying Russians"? No, just keeping promises

“Gentlemen! The liberal-democratic revolution, the need for which those who dream of burying Russia have been talking about for so long, has not come true! " - something like this, altering the famous Lenin's words, one can sum up the results of the last desperate attempts of the domestic "opposition" encouraged and pushed by the West to arrange a "Maidan", albeit a thin one. Having shouted to their hearts about the "oppression of peaceful demonstrators", "trampling on civil liberties" and "illegal persecution of dissidents", our foreign ill-wishers realized that they were tearing their throats in vain. There was absolutely no reaction to their friendly chorus, except, perhaps, the categorical statement of Dmitry Peskov that the Kremlin "does not intend to discuss with anyone the application of our laws against their violators, as well as the verdicts of the Russian court."

In the West, however, they got their bearings and promptly “changed the plate”. Now the most popular topic for local journalists and experts is the discussion of the “inevitable ruin” of our country, which they, again, in a completely incomprehensible way, manage to link up with Navalny, “protests” and other similar things. Like this? Yes, easily! For example, one of the leading news agencies, Reuters, launched a story all over the world media that “Putin intends to spend $ 6.7 billion to soften the anger of Russians and reduce his discontent. policies". What does that mean? Money will be distributed to the right and left ?! Do not rush to make pleasant plans ... Indeed, upon closer examination, it turns out that we are talking only about social payments planned by the government for this year, in which the "smart guys" from Reuters saw "an attempt by the Kremlin to bribe Russians before the upcoming elections to the State Duma."

At the same time, the agency refers, as usual, to some two “informed government sources”. One of Reuters' interlocutors allegedly said about “500 billion rubles, which they plan to spend from the state budget,” and another even named a figure of 0.5% of GDP, that is, all 580 billion. The agency is perplexed - what is the government planning to spend such a lot of money on ?! Well, not otherwise, how to "muffle the discontent of Russians from the fall in living standards in the country and reduce protest moods." At the same time, however, the publication mentions that "usually social payments in Russia are aimed at large and low-income families." So what does this have to do with “protests” and “declining living standards” ?! One can argue - with any mysterious "sources" in Reuters did not speak. They simply got acquainted with the very real prospects for increasing social benefits in our country, which is already being carried out or should be made in the near future. Yes, since January 1, 2021, pensions for all non-working pensioners have been indexed by 6.3%. Since February 1, benefits for children have been increased by 4.9%, additional payments to some categories of pensioners, disabled people, beneficiaries - such as veterans of the Great Patriotic War, families of dead servicemen.

Moreover, new social benefits have been introduced for families with children. From April 1, social and state pensions should be indexed. Also, as far as is known, the issue of indexation of payments to working pensioners has finally moved off the ground. This is something that has already been done or will be done with absolute certainty. It is quite possible that some other social programs are also planned. And it is very possible that hundreds of billions of rubles will be spent on them from the budget. However, what is the “bribery” here? The state simply fulfills its obligations to citizens, that's all.

The "fall" that was not

The talks about the "deplorable state of the Russian economy" and its "negative prospects", which have been started again in the West, deserve separate consideration. Here we have a very clear and characteristic tendency - while the local analysts operate with exceptionally clear and verified data, figures and facts, they get a very realistic and far from pessimistic picture of the state of affairs in our Fatherland. However, it is only necessary for these gentlemen to turn on the shaky ground of politicized discourse - it turns out such nonsense that at least take the saints out. An example is analytics from one of the world's leading rating agencies - Fitch. Its experts admit that the Russian economy has now "almost completely overcome the consequences of the pandemic, which cost 3.1% of GDP" and by the end of 2021 will show quite decent growth of 3% of GDP. They also note the "commitment of the Russian government to a cautious fiscal policy" and praise our country for "the lowest ratio of public debt to GDP among peers."

Agree, everything is very good if you consider, for example, the fact that the GDP of the United States in 2020 fell by 3.5%, and this is the worst indicator since 1946. However, further, as you can see, Fitch experts remember that to give out any positive information about our country means to be “agents of the Kremlin” and are taken for a sheer fable. They do not want to raise Russia's long-term sovereign rating higher than BBB, as it is "limited by the prospects for structural reforms." And, above all, the reforms of the judicial system. Well, of course - in our country, "oppositionists" are imprisoned according to the law, and not released in accordance with "political expediency." If so, Fitch concludes that "the Russian economy will return to its usual stagnation." We sailed ...

However, even this, it is not clear on what basis, the conclusion pales before another pearl from the same agency. They believe that "the arrest of Navalny will become a serious threat to the Russian budget, since the authorities will have to spend more money to secure a majority for themselves during the autumn elections to the State Duma." To tell the truth, faced with a similar, obviously lying maxim, at first I did not even understand what was meant here at all. But as soon as you familiarized yourself with the publication quoted above by Reuters, the puzzle immediately formed. So that's what they are about! By God, the impression is that all these stuffing, which is pretty Russophobic, has the same source. Well, it was written according to the same training manuals!

The meaning is the same: “Everything is bad in Russia! There is stagnation, stagnation and sheer protest moods, which the Kremlin will have to "interrupt" with investments of more than 6 billion dollars ... "Boring - as Vladimir Vladimirovich said on a very similar occasion. Bland, banal and worn out to the point of impossibility. There is nothing to say about traditional double standards. When Donald Trump handed out billions of dollars to US citizens right and left, and he did it right before the very presidential elections, you called it "saving the economy." When the Russian government acts within the framework of long-ago measures for social support of the population, this is, you see, "an attempt to muffle discontent" and "bribery of the electorate." Yes, and, by the way, about “discontent”. For sane people, the recent events have put an end to this topic regarding our country, which can not be called otherwise than a parody of protests. However, if you like, let us turn, so to speak, to additional data.

As everyone understands today, one of the catalysts for the “navalnoyaydan” along with the trial of the “father of the Russian opposition” was supposed to be a “deafening sensation” - an “investigation film” from FBK about “Putin's palace” launched on the eve of the scheduled performances on YouTube. It is not for nothing that this provocative concoction began with calls for "one and all to go to a rally for Navalny." Just a few days ago, the Levada Center, which cannot be suspected of sympathizing with the domestic authorities with all the desire, conducted an interesting poll just about the very "masterpiece of cinematography" that was supposed to "blow up Russia." As it turned out, in spite of the "winding" millions of views, in reality about a quarter of the inhabitants of our country got acquainted with the video. At the same time, by the way, a third of Russians said that they had never heard anything about the film, or about the "palace", or about the "investigation." There are definitely more of those, past whom the informational fuss "piled up" without even touching the edge.

However, the most interesting thing is what effect this "information bomb" had on the minds of our compatriots, and, most importantly, on their attitude towards who in this case was the main "target" - Vladimir Putin. Only 17% of those who watched the video declare that they believe the information contained in it. Another 40% believe that it may be true, but the credibility of the accusations is not convincing to them. 33% say that all "movies" are fiction and bullshit. And finally, the most remarkable moment. Again, 17% of the audience of the video told sociologists that after watching it, their attitude towards the president "worsened." But 3% began to treat Vladimir Vladimirovich even better than before! 77% of respondents were not influenced by FBK's “creativity” at all ... And this despite the fact that the audience of the video was 43% of those who initially viewed the activities of the head of state rather disapprovingly. This is not just a blank shot, gentlemen. This is a failure. It's a shame...

In approximately the same way, one can evaluate the current attempts of the West, having turned everything upside down, to pass off the completely ordinary activities of the state as attempts to "appease" or "bribe" someone. Change the manuals, gentlemen! Better yet, just leave us finally alone.
Ctrl Enter
Noticed oshЫbku Highlight text and press. Ctrl + Enter
We are
US Global Economy: An End That Sneaks Noticeably
“The dark August night came the one whom the Ukrainians were waiting with horror”
Reporterin Yandex News
Read Reporterin Google News
8 comments
Information
Dear reader, to leave comments on the publication, you must sign in.