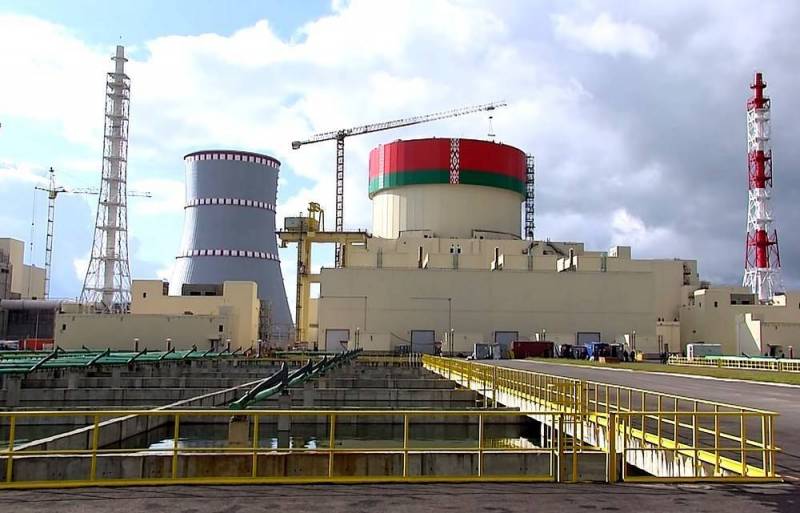 On February 5, 2021, a meeting of the National Security and Defense Committee (NSGK) of the Lithuanian Seimas took place. Parliamentarians and officials were looking into the situation in the country's energy sector. During the event, the head of the local Ministry of Energy Dainius Kreivis made a speech.


The Minister informed the participants that Vilnius continues to actively buy electricity from Minsk. He noted that over the past 10 days, the country received 154 million kWh of electricity through the Lithuanian-Belarusian bridge. At the same time, 50% or 77 million kW / h are products of the Belarusian nuclear power plant, and the remaining 50% came from Russia.

We seem to buy this electricity on the stock exchange in Latvia, but it does not even cross the Latvian border, since it goes directly to us from Belarus. Lithuania has a very large electricity deficit, we use it and pay for it
- explained the head of the department.

In money it is almost 4 million euros. If this continues further, then 120 million euros will be typed in a year. This is how much will be paid for the further construction of the BelNPP. It is important to prevent this so that the second, and possibly the third of its power units are not financed from our side.
- stressed the chief power engineer of Lithuania.

In turn, the chairman of NSGK Laurynas Kasciunas added that the electricity produced in Belarus makes up almost 12% of the energy balance of Lithuania.

This is 11 million euros per month. It can be stated that Lithuanian consumers pay for BelNPP
- the head of NSGK summed up the meeting.

Thus, Lithuania buys electricity on paper from Latvia, but in reality from the Russian Federation and Belarus, which it regularly accuses of doing something. Note that the new government in Lithuania has been working for about two months (from December 11, 2020). The next NSGK meeting is due on February 10th. At the same time, everyone in Vilnius is well aware that Belarusian electricity is now helping Lithuanians to pass the heating season normally. Lithuania simply could not give up electricity and disrupt its energy balance.

Therefore, they will not start talking about the energy blockade of Belarus in Lithuania until the end of the cold weather. Then, before the new heating season, talks will again begin about the refusal of a small, but very proud nation from "totalitarian" electricity and demands to close the BelNPP will rise.
Ctrl Enter
Noticed oshЫbku Highlight text and press. Ctrl + Enter
We are
Nuclear power plant stumbling: Balts risk falling out over Russia and Belarus
“Russian concessions - a negative precedent”: Vilnius against Moscow in PACE
Reporterin Yandex News
Read Reporterin Google News
36 comments
Information
Dear reader, to leave comments on the publication, you must sign in.