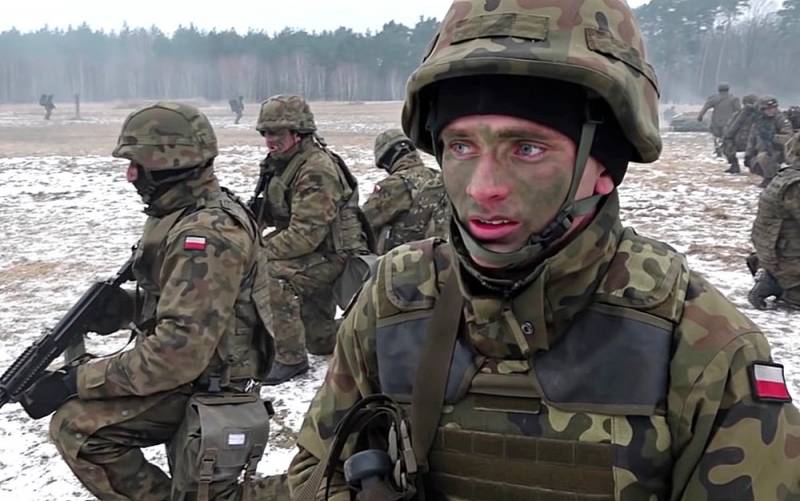 Amazing news came from the NATO camp. The Polish armed forces conducted the Winter 2020 headquarters exercise in a war with some unidentified "eastern neighbor" and lost to smithereens in just 5 days. Several local media reported this at once, which shocked the public. How should you treat such events and their results?


Since Russia is clearly meant by this irresistibly torn "eastern force" (Well, who else? Not Old Man), the scenario described sounds very uplifting. It was assumed that the Polish army would be able to hold out until NATO entered the war against the Russian for as much as 22 days, but instead, on the second day, the front collapsed with losses in manpower from the defenders from 60% to 80%. On the fourth day of the "Russian blitzkrieg", the capital of the country, Warsaw, was surrounded, on the fifth day, the entire Home Army and the combat fleet ceased to exist, and the "eastern aggressors" went to the Vistula and rushed, according to old habit, to Berlin. The Polish edition of Super Express adds drama:

Everything went wrong. The commanders of all the divisions were terrified and refused to carry out some commands because they were impracticable.
Wow, goose bumps ran down the skin from our steepness. But when they ran back their own, natural questions began to arise. What kind of war is this, a Russian-Polish one, in which NATO is in no hurry to participate, and on what specific occasion could it even start? Poland itself is not of interest as a target for military aggression. Why would Moscow fight Warsaw at all?

If we continue to reflect, then the only real scenario in which the Russian and Polish military can directly fight each other is in the case of NATO aggression against the Kaliningrad region. Then yes, both the territory of neighboring Poland and the Home Army will be involved. But they will not fight on their own, but as part of a broad coalition of states belonging to the North Atlantic Alliance. And, frankly speaking, they will not act as a defending party, but as aggressors themselves. And if, or rather, when the Russian military defending Kaliningrad give them back, and formations from friendly Belarus come to their aid through the Suwalki corridor, then they will be forced to drive the Poles, Balts, Germans, French and others to where they came from, en masse ... But this is a completely different picture, right?

I would like to ask, what did Warsaw want to say in general with these winter exercises? The following comes to mind. First, in connection with the change of power in the White House, the Polish authorities clearly want to attract increased attention from President Biden. It's no secret that Warsaw is counting more not on European allies, but on overseas ones in the matter of ensuring its security. With "Fort Trump" has not yet worked out, maybe it will work with "Fort Biden"?
Secondly, there is a clear hint of the need to provide Poland with more American weapons, preferably at a discount. Here is what the local edition of Interia writes:

The simulation took into account new weapons systems ordered by Poland that had not yet entered the army: Patriot air defense systems, the latest American artillery, HIMARS multiple launch rocket systems and F-35 multi-role stealth fighters. The control system of the Armed Forces, which appeared after the reform at the end of 2018, was also tested.
Recall that Warsaw ordered a batch of F-35 fighters from the United States to replace Soviet aircraft in its Air Force. The contract amount was initially $ 6,5 billion, but was later reduced to $ 4,6 billion. Despite the significant savings, the Polish opposition expressed doubts about the advisability of the deal, which was made "secretly" and too quickly, without proper discussion.

And this is the third argument, as they say. The announced total defeat of the Polish army by the Russian should shut the mouths of all those who doubt the need to increase military spending. Note that Poland regularly pays contributions to NATO's common fund and intends to increase them from 2% of GDP to 2,5%.

With that said, the results of the Winter 2020 exercise should be treated with restraint.
Ctrl Enter
Noticed oshЫbku Highlight text and press. Ctrl + Enter
We are
"We must beat first": the geopolitical alignment around Russia is continuously deteriorating
Ten "defeats" of Putin
Reporterin Yandex News
Read Reporterin Google News
6 comments
Information
Dear reader, to leave comments on the publication, you must sign in.