Tank confrontation with the Russian Federation: how Ukraine will respond to the T-72B3, T-90M and "Armata" 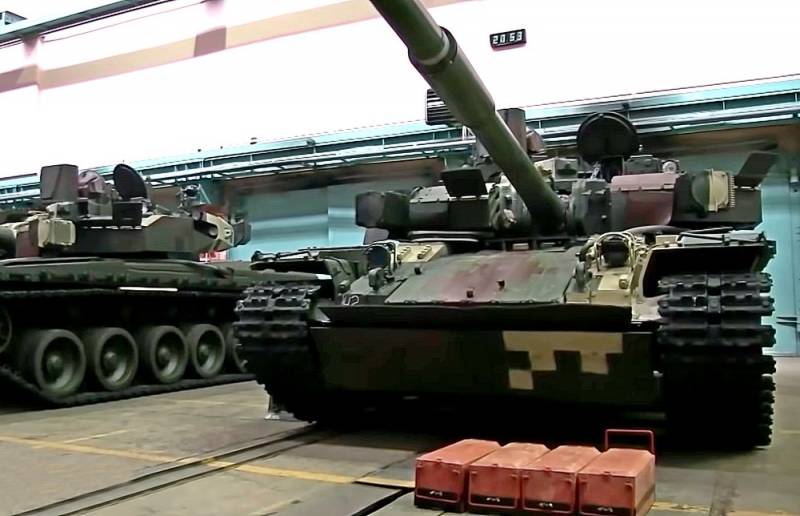 In recent years, Moscow has made great efforts to renew its tank group, which it considers the main striking force. How dangerous the Russian T-72B3, T-90M and T-14 "Armata" are and how the tank confrontation with the Russian Federation threatens Kiev, the Ukrainian edition of Defense Express asked Nikolay Salamakha, an expert in the armored industry of Ukraine.

Russia is moving in the direction in which it can move. That is, there is no fundamental science as such in Russia. From applied science, it was in the Soviet Union, now there are fragments. As a result, if you take an armored machinery, "Armata" has no prospects due to the lack of an engine
- answered Salamakha when asked about the disadvantages and advantages of the Russians in tank building.

There is no real armored capsule for the crew in the "Armata". From 152-mm "Armata" became 125-mm. And the scopes? Belarusians are allowed to them and fire control systems, because they have French technologies.
- The expert added.

Salamaha noted that Russia, with its limited capabilities, has relied on the massive modernization of the T-72B tank to the T-72B3 version. But this tank has weak control, a low-power TKN-3 night vision device for the commander and a multi-channel sight, but with a narrow view of the gunner. In addition, there is a conflict between "numbers" and "analog".

This is exactly what Ukraine faced on BM "Oplot", but in Russia it is a massive phenomenon
- he specified.

All old Soviet sights, weapon stabilizers, these are all analog systems that conflict with equipment developed on a digital basis. The Sosna-U multichannel sight is a digital device. It breaks down and everything stops. Therefore, the Russians specifically left the backup control system 1A40-4
- explained the expert.

As for the T-90M tanks, today there are only 10 units. At the same time, the expert doubts the effectiveness of their panoramic sights. Therefore, the MBT of the Russian army will be exactly the T-72B3.

In this regard, for the gunner in the Ukrainian tanks T-64B, T-80B, T-72-AV, you need to install a panoramic sight with a magnification of 8-12 in order to identify targets first. The tank commander also needs to be given the ability to identify targets. But the most important thing is to create a unified control system on the battlefield. Without this, nothing will radically improve.

The expert stated that the Ukrainian 5TDF engine has completely exhausted its resource for modernization. The introduction of new systems leads to an increase in the mass of the tank, therefore, another power unit is needed, for example, the 6TD-2. At the same time, he recalled that the production of Soviet 6-TD engines had been lost.

There is another serious problem - the ability of the on-board gearboxes to transfer engine power to the tracks. Therefore, on the T-64B we need to change the engine compartment.
- the expert noted, pointing out that the replacement of MTO will lead to a change in the cooling and air purification systems.

In conclusion, he voiced the experience of the Chinese, who did not leave old analog devices on their tanks, replacing everything with digital ones. Therefore, Ukrainian designers need to take on the development of a digital tank turret, with a set of cameras, a laser rangefinder, a missile weapon system, duplicate sights and other equipment, the expert concluded.
Ctrl Enter
Noticed oshЫbku Highlight text and press. Ctrl + Enter
We are
Space shield of the Motherland: the West is not in vain afraid of Russian inspector satellites
New weapons on the way: What is known about the anti-satellite complex "Burevestnik"
Reporterin Yandex News
Read Reporterin Google News
20 comments
Information
Dear reader, to leave comments on the publication, you must sign in.