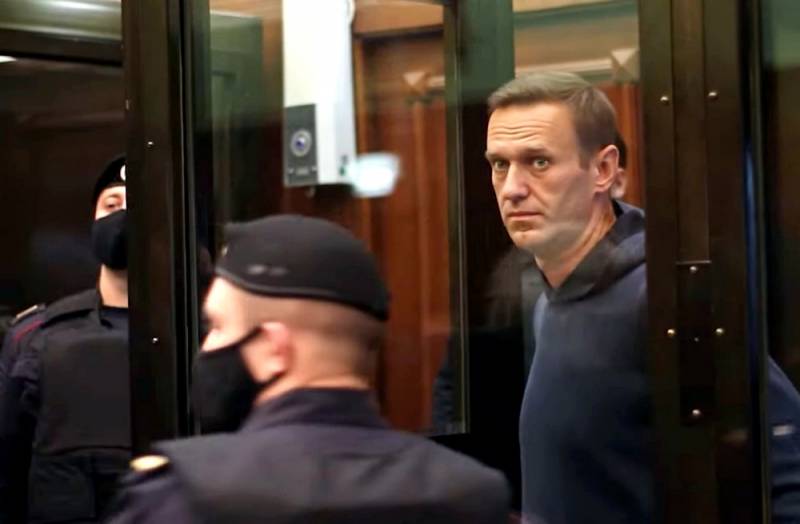 Russian opposition leader Alexei Navalny received a real term in the Yves Rocher case. The court sentenced the blogger to 3,5 years in a general regime colony. In fact, in places not so distant, Navalny will spend 2 years and 8 months - the judge counted 10 months that the oppositionist was under house arrest in 2014.


Meanwhile, the first reaction from Western countries appeared. The United States, Great Britain and Germany demanded that Alexei Navalny be released immediately. The head of the US Department of State Anthony Blinken and his British counterpart Dominic Raab called for this requirement to be fulfilled "without any conditions."

Immediately after the verdict was announced, the headquarters of the Russian oppositionist in Moscow issued an appeal to their supporters to gather at Manezhnaya Square, not far from the Kremlin. At the moment, participants in the uncoordinated action are already being detained there.
Ctrl Enter
Noticed oshЫbku Highlight text and press. Ctrl + Enter
We are
Oppositionist Ponomarev: Navalny wants to get out of prison by the President of the Russian Federation
In Poland, found the perpetrators of the plane crash near Smolensk
Reporterin Yandex News
Read Reporterin Google News
34 comments
Information
Dear reader, to leave comments on the publication, you must sign in.