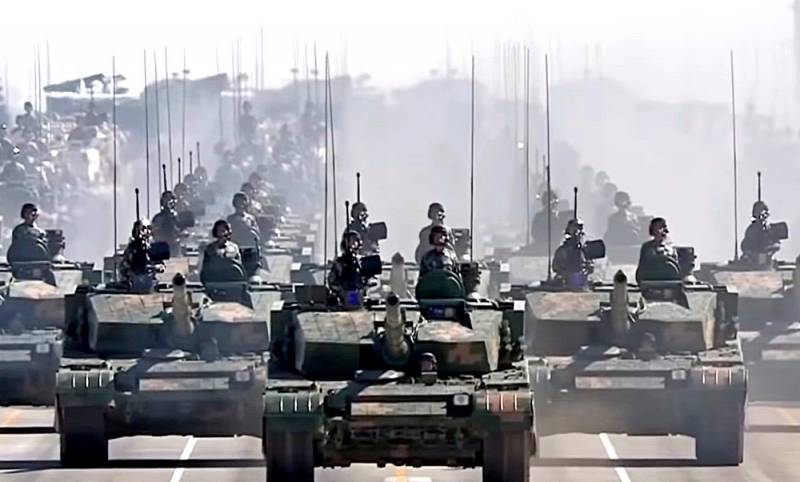 As soon as the owner changed in the White House, Beijing hastened to draw a "red line" beyond which it is ready to enter the war. This issue was the independence of Taiwan, which the PRC considers its integral part and is very determined. The Pentagon answered quite amiably that they saw no reason for a confrontation over the island. Does this mean that there will definitely not be a war? Or is it exactly the opposite?


Recall that Taiwan actually split from the rest of Communist China in 1949 and considers itself the successor of the old Republic of China. Beijing considers the island its province, not recognizing the "separatists", and the overwhelming majority of countries, including Russia and the United States, agree with this. Washington severed diplomatic relations with Taipei in 1979, opting for policy "One China", however, continues to ensure the safety of the islanders and maintains contacts with him.

Beijing was clearly very upset that the representative of Taiwan Xiao Bikim (Xiao Meijin) was invited to the inauguration ceremony of President Joe Biden. This may indicate a change in policy towards China by the Democratic Party. Wu Qian, a spokesman for the PRC Ministry of Defense, said that an attempt to separate the island by recognizing its independence would lead to war. Where did such fears come from?

First of all, one must understand that the "globalists" who have returned to power in the White House intend to restore the world order that has been shaken under Donald Trump. China has already become the main economic competitor of the United States in the fields of industry, science and advanced of technologies... But that's not all. The PRC is now beginning to claim to become the new "ruler of the seas", and this is not an exaggeration. So far, the American navy exceeds the Chinese in total tonnage, but in terms of the number of warships and submarines, it has already yielded to it. Last year, the Pentagon counted 350 of them from its potential enemy against 293 at home. Today, the PRC Navy has 2 aircraft carriers with a third under construction, 58 landing ships, 32 destroyers, 53 frigates, 4 strategic submarines and 52 attack submarines, as well as many smaller ships. Moreover, the latest Chinese cruisers and destroyers are in no way inferior to their American counterparts.

And Beijing is not going to stop there. So far, the main area of ​​his interests is the Asia-Pacific region, where the Celestial Empire can already set the heat for the US Navy and try to take Taiwan by force. But what happens next? How strong will the Chinese dragon be, where will its ambitions be directed later?

Undoubtedly, these are the questions being asked in Washington. Since Beijing, of its own free will, will not send its warships to the pins and needles, and its Chubais is not there yet, the most rational would be to weaken China in bloody civil strife. It can be provoked by recognizing Taiwan's independence or by placing an American military base on the island. Then China will simply be forced to go to war to return the island, which has long been prepared for an echeloned defense. Soldiers on both sides will die, ships sink, planes fall. The US will support Taiwan by supplying weapons, and international sanctions can be imposed on China as an "aggressor" in order to stop it economic development.

In this context, it turns out that the war between the PRC and the islanders may even be beneficial to Washington, since it will lead not to the strengthening, but to the weakening of mainland China. Nobody wanted war, but was it inevitable?
Reporterin Yandex News
Reporterin Yandex Zen
25 comments
Information
Dear reader, to leave comments on the publication, you must sign in.