What technologies of desalination of water for Crimea does Russia have? 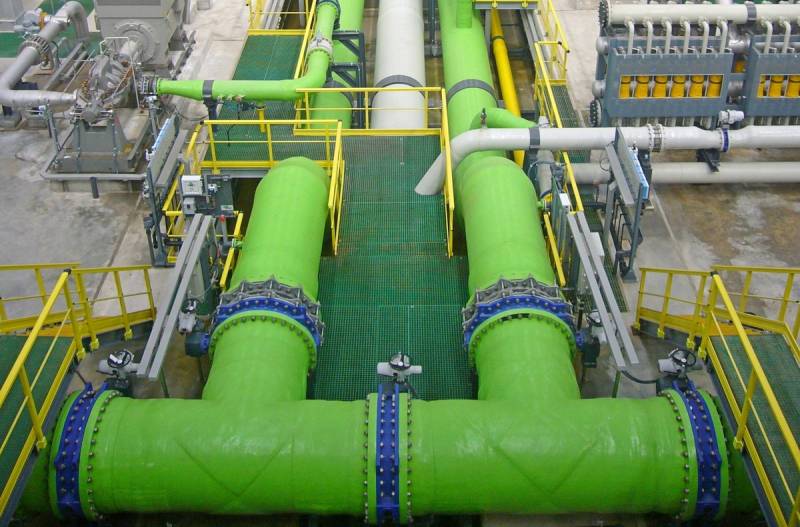 And again we return to the topic of water supply in Crimea. The authorities are increasingly attracting military builders to the solution of this most important problem, and they, I must say, work quickly enough. Is it worth using the resources of the Ministry of Defense of the Russian Federation to the maximum in order to provide the peninsula with water, and what state corporations are still able to contribute to this?


Recall that the defense department has its own structure, which is engaged in the construction of housing for military personnel, houses of culture, medical centers, sports complexes and even temples. The army has already made its contribution to the solution of the Crimean problem by connecting the Taigan and Simferopol reservoirs with a water conduit. Now the military has taken up Sevastopol, where a water intake on the Belbek River is hastily being built, which will save up to 50 thousand cubic meters of water every day. Deputy Defense Minister Timur Ivanov reported on the progress of work:

Work is progressing according to schedule. Satisfied with the progress of the work. Water will be guaranteed by March 1.
The summer of 2021 is also expected to be dry, so all this construction work, designed to repair worn-out networks, optimize and save water consumption, is urgent. The involvement of military builders is welcome. However, such construction does not change the total volume of water on the peninsula, and it can only be increased by desalinating the sea. Our Israeli "friends and partners" point out that Russia has no of technologies desalination, no relevant experience, but this is not entirely true.

Or rather, not at all. I would like to remind you that back in 1972, Soviet nuclear scientists launched a desalination plant in the city of Shevchenko (now Aktau) in Kazakhstan, which operated from a fast neutron reactor (BN-350). The Shevchenko nuclear power plant was built on the coast of the Caspian Sea on the Mangyshlak peninsula, its tasks included simultaneously supplying the region with electricity, heat and fresh water. The electric power of the reactor was 350 MW, 100 MW was spent for heating and another 100 MW for water desalination. The fast neutron reactor has demonstrated its efficiency and ease of operation, there was not a single radiation incident, and the Mangyshlak NPP became the world's first power plant of its kind.

Unfortunately, the project was killed by the "anti-nuclear" initiatives of independent Kazakhstan. BN-350 had the ability to produce weapons-grade plutonium 239, so in 1997 Astana decided to shut it down. The fast breeder reactor, or breeder reactor, which is capable of producing more fuel than it consumes, was decommissioned in 1999. The fuel was transported to the Baikal special storage facility in Semipalatinsk; Rosatom specialists are taking part in liquidation. In return, sovereign Kazakhstan received funds from the United States to purchase new heating and desalination equipment.

On the topic of the fact that in Russia allegedly there are no technologies for desalination of water at all, I would like to add more information for reflection. All in the same arid Aktau, specialists from the Keldysh Center (part of Roskosmos) are now helping Kazakhstan with the expansion of the desalination plant's capacity, explained in the past 2020 the general director of the enterprise Vladimir Koshlakov:

We once built the largest plant in the CIS in the city of Aktau in Kazakhstan, its capacity is 20 thousand cubic meters per hour. Now we are modernizing this plant, doubling the productivity - up to 40 thousand.
Russian desalination technologies were also used in the construction of the Moscow oil refinery and the Avtotor automobile plant in the Kaliningrad region. This means that two domestic state corporations have the relevant competencies at once: Rosatom and Roskosmos. And we are told with the most serious air that Russia has nothing.
Reporterin Yandex News
Reporterin Yandex Zen
14 comments
Information
Dear reader, to leave comments on the publication, you must sign in.