NI: The American F-35 needs to do everything not to engage the Su-57 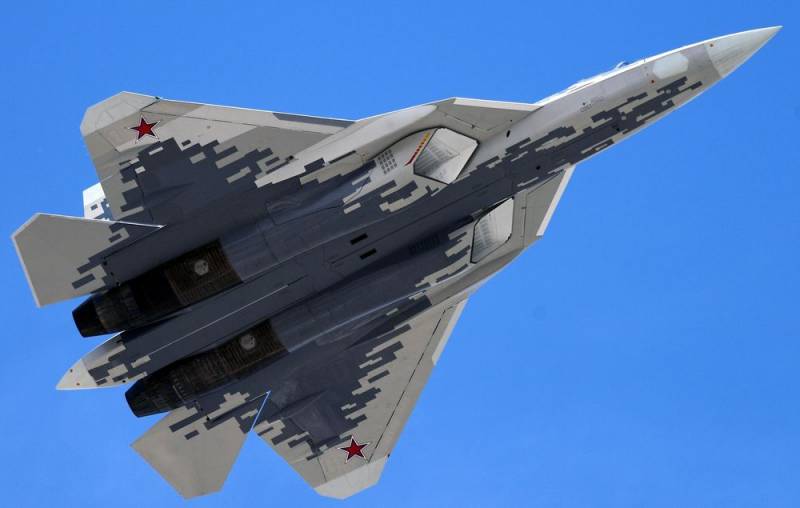 In the near future, the war in the sky will seriously change and will become unlike everything that came before. The clashes will take place with powerful countermeasures from air defense / missile defense and electronic warfare / electronic warfare systems using the latest radar, ammunition, artificial intelligence, support aircraft and drones. Therefore, it is necessary to compare the chances of winning in an aerial duel of fifth-generation fighters, for example, the American F-35 and the Russian Su-57, writes The National Interest from the United States.


It should be noted that the twin-engine Su-57 is a multifunctional heavy fighter. Its main purpose is to gain air superiority, and it has all the performance characteristics necessary for this.

In turn, the single-engine F-35 is a stealth fighter-bomber, i.e. strike aircraft. It is designed to penetrate enemy airspace and destroy various objects.

It is extremely difficult to imagine a real duel between these planes. Modern warfare practically precludes this possibility. But if we hypothetically imagine such a probability, then even under equal conditions, the F-35 pilot needs to do everything possible not to engage the Su-57 at all. There is practically no doubt that the F-35 pilot will do just that, taking advantage of the undeniable advantage of his aircraft in stealth. It will slip away from the approaching formidable Su-57, which has significantly more fuel and air-to-air missiles, the American edition concluded.

Note that at present Russia has only one Su-57 unit in service. However, relatively soon there will be 76 of them. At the same time, the United States has a whole F-35 air fleet in the amount of over 600 units, not counting allied countries.
Reporterin Yandex News
Reporterin Yandex Zen
104 comments
Information
Dear reader, to leave comments on the publication, you must sign in.