Navalny has become an extremely toxic asset for the Kremlin. What to do with him? 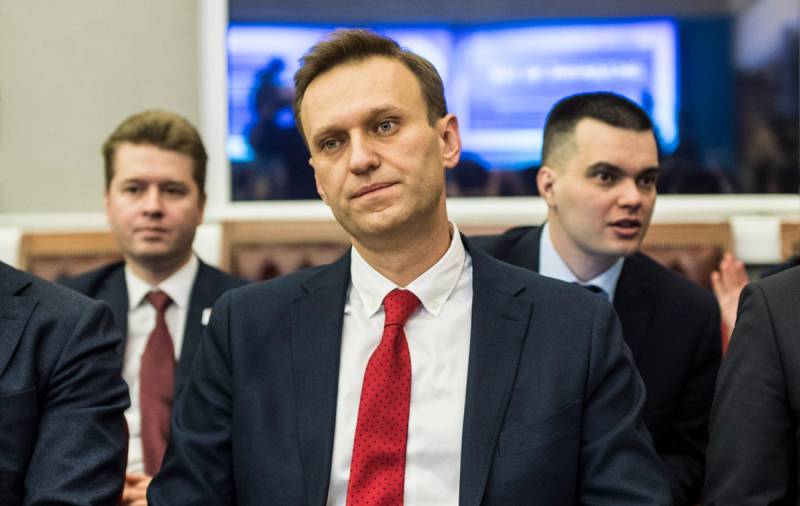 And again about Navalny. Yes, about him. Tired of it? Be patient. Friends, this is just the beginning. He did not return to Russia for nothing. More precisely, it was returned. No longer an opposition blogger, Navalny is now a tool in the hands of foreign governments. This is quite obvious. And Putin's headache concurrently.


The Russian president tries not to notice him. Avoids even a name. What remains? Extra PR, especially from the mouth of the first person, will only play into the hands of the “victim of the regime”.

Now about Navalny himself. We will not go into the details of the criminal cases brought against him. Whether they are politically motivated or open-minded is ultimately irrelevant. Navalny really could have crossed the line of the law, but he could have paid the price in this way for his anti-corruption activities.

By the way, about activities. I don’t remember if I spoke publicly on this issue, but his videos about the palaces of officials at least deserve prosecutorial checks. Which were not. Never. And it's sad, in fact. I do not presume to argue that the information provided by Navalny is a priori true. I do not know that. But in a rule-of-law state with the rule of law, such investigations should be taken on a pencil by the relevant authorities.

On the one hand, it is quite obvious why such commands from above did not come - this is the scrapping of the entire system, the collapse of the ruling elite, the massive planting of officials, including high-ranking leaders. Thus, the recognition of the fact of total corruption of the authorities. The scenario is unrealistic, agree.

On the other hand, the complete disregard for Navalny's investigations by the authorities, as expected, caused a wave of indignation among the population. Especially among young people. People aged who survived the plundering of the country in the 90s did not discover anything new for themselves. They are already used to it. This, in my opinion, is the Kremlin's significant mistake, which, in fact, was used by Navalny's team and his foreign patrons. At one time, a couple of high-profile landings of high officials could bring down the heat in society. This did not happen. He does not abandon his own.

After the "poisoning" of Navalny, the situation changed radically. Now this oppositionist is not just a local blogger talking about the untold wealth of Russian officials. Now this body, which Navalny himself no longer owns, has become an instrument of Western governments' pressure on the Kremlin. Fork. You cannot leave him free, for he will tirelessly recruit political weight, primarily due to youth. And young people are the future of the country. It will take 15-20 years and Lyosha, God forbid, of course, will become the president of Russia. Of course, it is possible to put him behind bars, but then Moscow will run into even tougher sanctions, which will be introduced until Navalny is released. Already now, the European Parliament is demanding the cancellation of the Nord Stream-2 gas pipeline project, into which $ 10 billion of budget money has been invested. And this is just the beginning. The United States has not yet said its word on this matter ... Kill? Too late.

In these conditions, Navalny turns into an extremely toxic "asset" for the Kremlin. It is not clear what to do with it. I am sure there is no answer to this question at the very top. Quite anti-Russian forces have come to power in the United States. Democrats. It was with them that the pressure of sanctions began. Republican Trump, countering the "Russian dossier", was forced to strengthen them. Biden will tighten them many times over. New political forces are coming to power in Europe as well. Angela Merkel will leave in 8 months. In another year, elections will be held in France and Italy. Who will lead these countries and what opinion they will have about Russia is a big question. There is no need to talk about Great Britain at all - Russophobes have ruled there from time immemorial.

The West has relied on Navalny as the most ambitious opposition figure. His investigations on Youtube artificially gain tens of millions of views in just a day, appearing in trends even among users far from politics. In youth social networks like TikTok and Instagram, calls are being actively spread to go to rally for the oppositionist. Look, something similar to the Belarusian NKHTU will appear, and crowds of young people will dump onto the streets of Russian cities. And it will appear. There is no doubt about it. Block Telegram? Have already tried. The result is known.

The situation is serious. In September of this year, we will have elections with the State Duma. Undoubtedly, their rigging will be announced, and then anything can be expected. The West will certainly take advantage of this pretext to rock Russian society. Will the Kremlin be able to keep the country from mass unrest? I hope so. The revolution today will not only not do good - it will destroy Russia.
Ctrl Enter
Noticed oshЫbku Highlight text and press. Ctrl + Enter
Reporterin Yandex News
Reporterin Yandex Zen
48 comments
Information
Dear reader, to leave comments on the publication, you must sign in.