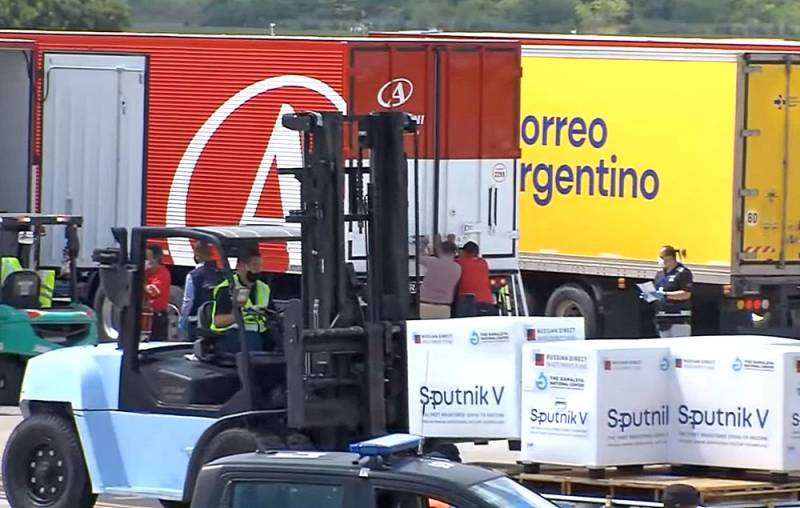 Following the first phase of the ordeal that humanity was subjected to during the COVID-19 pandemic - overcrowded hospitals, mass deaths, severe quarantines and devastating blows to the economy whole countries, it seems, comes the second. And it is far from the fact that it will not become in many ways even more dramatic than the previous one. After all, now we are talking about the opportunity to get rid of the disease, a real opportunity to return to a normal, "pre-coronavirus life."


The price of the issue is reliable and affordable drugs for vaccination against this disease. Reports of their creation coming in one after another from all over the world made many feel optimistic. It turned out to be premature. Everything turned out to be far from so simple ...

The rescue! But not for everyone ...

In the most terrible days of the pandemic, when daily reports of its spread resembled (at least in terms of the number of victims mentioned in them) reports from the fields of another world war, the creation of the first vaccine (or vaccines) from the ailment that struck humanity was expected, like a miracle. At the same time, somehow, by definition, it was understood that a saving injection would be available to all thirsty and suffering - after all, millions, tens of millions of human lives are at stake! However, cynics and pragmatists already warned that instead of a panacea, humanity is likely to receive another bone of contention, which will give rise to many disputes, conflicts, squabbles and intrigues. As usual, they were the ones who were ultimately right. Today the real situation is as follows: two groups of states will be able to organize a truly massive (and the other simply will not be effective) vaccination of their citizens.

The first, as you might guess, includes those that have the capabilities (scientific, technological and others) to organize the development and production of their own appropriate drugs. The second - countries are so rich that they can easily afford to buy the required number of doses of vaccine, and from various manufacturers. The third group of countries - those who will have to rely on the goodwill and mercy of the first two. In other words - simply wait for the life-saving vaccine to be shared with them out of philanthropy or some other considerations. Wait, slowly dying out from the coronavirus ... If COVID-19 broke something completely and irrevocably, into small smithereens, it was the naive idea of ​​some kind of "united humanity" that had been in the world before it came into the world. In fact, this is not at all the case.

According to the American Higher School of Health, the long-awaited salvation will be distributed as follows: more than half of all actually existing and available doses of the coronavirus vaccine on the planet will receive countries in which less than 15% of its population lives. It is easy to calculate that the remaining 85% will get everything else, that is, less than half. Consequently, according to American scientists, 25% of the inhabitants of our world may not even dream of being vaccinated, at least in the next two or three years. At the same time (this is data from the Goldman Sachs company) already in April of this year 50% of the citizens of the USA and Canada will receive it, a month later - half of Europeans, Japanese and Australians. At the same time, there is one more, very characteristic detail: all these countries make purchases of vaccines not just "on a trip", but in quantities that are multiples of the number of their inhabitants. For example, in the European Union, this figure averages 2.5 doses per person, in the United States - 3 doses, in Britain and Australia - 5. Canada has completely decided to play it safe and collect ten doses for everyone who lives there.

UN Secretary General Antonio Guteris on this matter can only, as usual, helplessly shrug his shoulders, reproaching the "big" countries for policies "Vaccine nationalism" and row all the drugs that they can reach, thereby sharply reducing the chances of salvation for "small", that is, poor states. In any case - who will listen to him ?! Unfortunately, the words of the Secretary General are deafened even when he asks rich states to “throw” the UN “on poverty”. Or rather, to allocate funds for the widely advertised COVAX program, in the framework of which the most underdeveloped and poorest countries were to be provided with vaccines. Guterisch last spoke about $ 4 billion in the first two months of this year. As far as we know, for the whole of 2021 the program “lacks” 21 billion. It looks like there will be no "vaccine charity" ...

In many respects, such "thrifty" of developed countries is due to the fact that none of the currently existing vaccines have passed the third clinical stage of the trial, and the information received about their effectiveness and safety is often very controversial, and sometimes differ to the exact opposite. For example, according to the US federal database Vaccine Adverse Event Reporting System, 55 people have already died in the country as a result of the use of Moderna and Pfizer / BioNTec vaccines. There are twice as many cases of life-threatening complications, requiring urgent hospitalization of patients - four times. By the way, both companies are exempted by the US Congress from liability for the use of their drugs, the development and testing of which is carried out in a "forced mode". However, on January 6, the use of Moderna in the EU was approved by the European Medicines Regulator (EMA) and the European Commission. A day earlier, the same decision was made in Israel.

Meanwhile, Australia has already “rebelled” against the Anglo-Swiss vaccine AstraZeneca, the use of which in the Old World is going to be considered “as soon as possible” (and, most likely, positively). Local doctors, represented by representatives of the Australian-New Zealand Society of Immunologists (ASI), have formally asked the government to withdraw this drug from the national vaccination campaign, since, according to them, the effectiveness of AstraZeneca is no more than 62,1%, which makes it unsuitable for creation mass immunity. Extremely contradictory data are also received regarding CoronaVac, a drug from the Chinese company Sinovac Biotech, which is now breaking out into the leaders in sales in the world market. Indonesia claims 97% effectiveness, Turkey (where the Medicines and Medical Devices Agency has already approved its emergency use) 91% effectiveness. However, experts from the Brazilian National Health Surveillance Agency, which conducts research and testing of this drug, claim that its effectiveness ranges between 50% and 60%. However, this is not yet the final conclusion.

Fortunately, the residents of Russia have no cause for concern. Mass vaccination with Sputnik V begins in the country, and two more domestic drugs are on the way. The problem is different - any attempts of the Russian vaccine to "break through" to the foreign market are met with such fierce resistance that it instantly becomes clear: the point here is not at all about medical or scientific issues. Rather, in economic interests - after all, our drug can be a very serious competitor at a price to any of the Western ones. Well, and, of course, in politics, and the most, that neither is a bad kind. Of course, the most frank ones on this topic were expressed in Ukraine. The local Foreign Minister Dmitry Kuleba agreed to the point that the use of "Sputnik V" in the "non-railway" is completely unacceptable, even if it shows 100% efficiency. Cause?

According to the chief diplomat of Kiev, "Moscow intends to impose its ideology and propaganda clichés by supplying vaccines." Well, here, you know, in my opinion, there is even nothing to comment on. Psychiatry of the purest water. Ultimately, desperate to get a vaccine under COVAX, Ukraine entered into a contract for the supply of Chinese CoronaVac. For the price of the most expensive American drugs, by the way ... The Russian vaccine is absolutely unambiguously adopted "with open arms" in Belarus and Serbia. In Hungary, having received several thousand doses of Sputnik and characterized it very positively, they said that there are "few" vaccines, and therefore will be vaccinated with what the EU will allocate. Again politics ... Perhaps the most original thing was split off in Albania. The local Prime Minister Edi Rama demanded an apology from the embassy of our country for the fact that its representatives ... offered to vaccinate the country with "Sputnik V", calling this friendly gesture an "inappropriate provocation." Truly, ingratitude has no limits.

As it became known recently, the account of our vaccine "Sputnik V" was blocked by Twitter for completely incomprehensible reasons, after the well-known events of Washington, it hit the censorship and blocking everything and everyone. A strange decision, to say the least. Later, however, access to the page was returned. However, recently things have been happening to Sputnik that are worthy of serial TV action movies. So, four hundred doses of it from those who arrived in Argentina, where the Ministry of Health at the end of last year urgently approved the use of our drug, were irreparably damaged. The reason - an incomprehensible "failure of refrigerators", which, according to the prosecutor of the judicial department of the Olavarria municipality of the province of Buenos Aires, Azul Marcelo Sobrino, who is investigating the case, may well have been caused not by accident, but by someone's malicious intent. Simply put, we are most likely facing another anti-Russian sabotage. There is no need to talk about the mass of spiteful articles in the Western media trying to present the case in such a way that in fact Russia does not have any vaccine at all. Even such a respected publication as the Financial Times has recently come to such fabrications. And this is despite the articles of their compatriot, the Moscow correspondent of The New York Times, Andrew Kramer, who experienced the effects of Sputnik on himself. In the United States, they were immediately declared "Kremlin propaganda" ...

The reasons and motives for such, to put it mildly, unseemly actions should be sought, I think, in one thing. The British Ambassador to the United States, Karen Pearce, spoke very specifically on this issue not so long ago. According to this lady, "the leaders of an open society" (by which she, of course, primarily means Washington and London) should in no case allow Russia and China to become "the new winners in the world recovering from the coronavirus pandemic." This is a "strategic challenge" for the West and they intend to resist it there at any cost. Such trifles as millions of human lives in this case, of course, do not count.
Reporterin Yandex News
Reporterin Yandex Zen
44 comments
Information
Dear reader, to leave comments on the publication, you must sign in.