Russia at gunpoint: what is known about the new director of the CIA 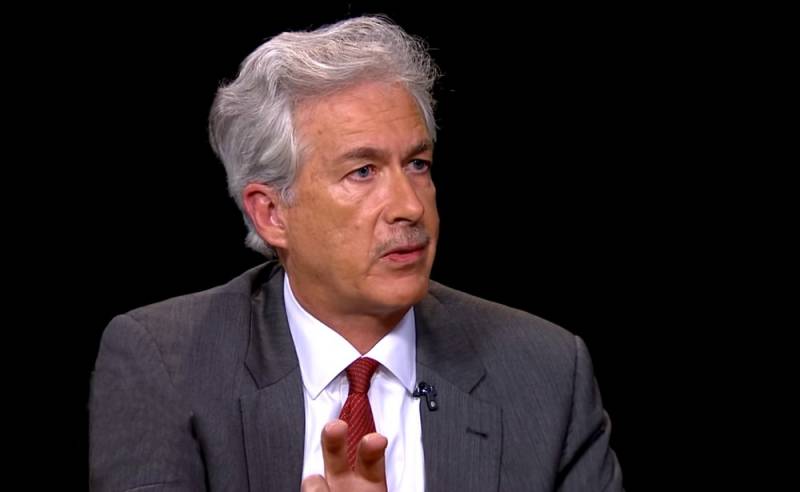 Not having time to go through the inauguration procedure, US President-elect Joe Biden is already in a hurry with key appointments of members of his own future administration and heads of leading state bodies. One of them can be rightfully called a landmark - but not so much for the United States as for Russia. The candidacy of the new American head of state for the post of director of the Central Intelligence Agency is more than eloquent.


It is very likely that in the near future the most pessimistic predictions about US-Russian relations are destined to come true.

So, according to Biden, William Burns, one of the most famous career diplomats of the United States and, among other things, the former ambassador of this country to Russia, should lead the overseas “knights of the cloak and dagger”. At the same time, the president-elect claims that for the first time there will be a diplomat at the helm of the country's main intelligence agency, who will bring into its work “his deep knowledge of foreign policy"And will even add" an element of justice to the CIA management. " Presumably, there is a hint here that nothing of the kind was observed in the activities of this "office" under Trump. In short, Biden firmly believes that "with such a CIA director, Americans can sleep peacefully."

All these praises sound, of course, flattering, but some moments in them raise certain doubts. First of all, an attempt to present Burns as a "pure" diplomat who had never before had any relation to intelligence. First of all, the career of the candidate himself makes one not believe in the truth of this. And it's not only about the fact that he happened to be the head of the United States mission in Moscow, in which, as it has long and reliably been known, it is the CIA that rules the show. An even larger, perhaps, part of Burns's career is associated with the Middle East, and here one should pay attention not only to his stay in Jordan as an ambassador, but rather to his activities as the senior director of the Bureau for Near East Affairs in the National Security Council The United States and the assistant to the head of the State Department in the same direction. As a matter of fact, the fact that behind Burns's back is not only foreign policy is clear already from his presentation by Biden, who asserts that "this person tested in various crises has worked for many years to ensure that the Americans are safe."

And the candidate for the post of the country's chief intelligence officer, after retiring from the diplomatic service, like most of his colleagues who paid tribute to literary creativity, his book dedicated to the "invisible power of American diplomacy" mentions such events as the highlights of his career as " the partition of Yugoslavia, the war with Iraq and the expansion of NATO. " A rather characteristic list, don't you think? What "message" does this purpose carry to our country? First of all, a clear indication that it is precisely this that Burns's department, which is considered an excellent expert on Russia and the Middle East in Washington, will be the first to deal with it after his appointment. Not China, not Southeast Asia, in which this character, sorry, does not understand any ear or snout, but us. However, many analysts just assumed that Biden and his team would try to smooth out the confrontation with Beijing as much as possible, but they are unlikely to plan something like that regarding Moscow. Tellingly, William Burns is by no means an outrageous Russophobe. However, there is no point in building illusions about him on this basis: here it is not “the Russians coming”, here is something else - a global underestimation of our country and its leader, a condescending and almost disdainful attitude towards them.

Judge for yourself: in his writings, Burns characterizes the character of Vladimir Putin as a "flammable combination of ambition, reproach and vulnerability." He is categorically convinced that the domestic leader "does not have strategic thinking" and, in general, his favorite pastime is "to enrage and humiliate the West." Burns sees as almost the "ideal leader of the post-Soviet state" ... Mikhail Saakashvili, solely because he "showed an example of disobedience to Putin." The position is seen quite definitely, isn't it? This is definitely not a friend of our country. In his book, he directly points out that the United States can have normal relations with her only as long as she "has not become strong."

There is a desire, but there are reasons

Another very characteristic detail. If you believe the materials from the well-known WikiLeaks, William Burns in 2008 quite clearly foresaw and predicted the events of 2014 in Ukraine. In his report to Washington, he drew attention to the fact that the "split" of this country on the issue of its foreign policy (in particular, joining NATO) "will lead to violence and, in the worst case, to civil war." He also argued that "in Russia they are afraid of this" and "do not want to make a decision regarding their intervention in the situation." As you can see, the United States was well aware of exactly what they were pushing Kiev to, and continued its actions with even greater persistence. To what extent Burns personally had a hand in all of this is a debatable question, but later he assessed the Ukrainian "Maidan" and the conflict in the East of the country that it generated as events "showed the Ukrainians that they must maintain their independence and in no case depend on Russia." ... Should Moscow, in the light of all this, expect new problems with the "non-tax", inspired from overseas? The question, I think, is rhetorical.

Generally speaking, Burns's position will perfectly fit into the general foreign policy context that is being formed today by Washington regarding our country. In order to get the most complete picture of this, I will cite only a few rather vivid statements and events from this area, relating to the very end of last year. In his last days, from official documents concerning the financing of the American government, approved by Donald Trump, it became known about the allocation of the US $ 290 million only for the purpose of "countering Russia in its attempts to sow distrust of democratic institutions throughout the world." We can be proud - only 10 million more have been allocated on a global scale to “fight against the influence of China and its Communist Party”.

Earlier, on December 25, Democrat Senator Ben Cardin issued a categorical statement that the recent hacker attack against US government agencies and private companies "was undoubtedly carried out by Russia." Mr. Cardin urges to consider this event "as an act of war" and in this regard, to immediately adopt already prepared by his colleagues (by the way, both Democrats and Republicans), "The Law on the Protection of American Security from Kremlin Aggression." By the way, exactly the same kind of groundless accusations were made not only by the legislator in Washington, but also by the US official representative in our country - their ambassador in Moscow John Sullivan. He, completely not caring about the intricacies of diplomatic ethics, said in an interview with Radio Liberty that "people from the government and special services of Russia were involved in cyber attacks on American institutions." He knows for sure ...

Generally speaking, the US foreign policy department is not at all shy in expressions and does not limit the "flight of imagination" of its own speakers when it comes to the "horrific crimes of the Kremlin." So, on December 23, representatives of the State Department, responding to an official inquiry from the local newspaper The Hill regarding their version of the potential culprits of the "poisoning of the century" with the victim in the person of Navalny, said that they "see no plausible explanation" other than "the involvement of the Russian authorities" in such. Moreover, the State Department also specified:

We believe that employees of the Russian Federal Security Service used the Novichok nerve agent to poison Mr. Navalny.
In about the same days, the head of the US Space Command, General of the US Army James Dickinson, accused our country of “preparing to conduct hostilities” in near-earth space and his absurd inventions were immediately picked up by a whole host of “experts” and replicated by the Voice of America. There must have been something else that I missed ...

What image of Russia is being created with the help of the aforementioned slander and a multitude of similar informational "stuffing", which has been innumerable lately? We're just a classic "Evil Empire" with "Dark Lord" at its head! What is left with Joe Biden, who has come to power in his own country with such difficulty, except for the appointment of a “specialist on Russia” as director of the Central Intelligence Agency? Everything is logical ...

Even the Chinese are already writing about the fact that the United States has launched a natural "diplomatic war" against our country, at an accelerated pace reducing relations with it to an absolute minimum, which only makes it possible to maintain its own official presence on Russian territory. The local People's Daily, in a fundamental editorial (published, again, in the last days of 2020), made a fairly unambiguous forecast that “with the coming to power of the new American administration, relations between Washington and Moscow will not only not improve, but will deteriorate even more ", while noting:" The State Department and the US intelligence services are and will continue to carry out more attacks against Russia. " I would like to argue, but it does not work. On December 26 last year, representatives of our embassy in the United States officially announced that the local authorities had launched a real "visa war" against them, in fact, "squeezing" our diplomats out of the country.

If the president-elect wanted to move American-Russian relations even one inch from the "dead center" at which they are now, such a "brilliant ace of diplomacy" as he imagines Burns, it would be much more logical to use it in this direction. However, Biden believes that his talents and specific knowledge about Russia are most needed by the department, with the help of which "democratic values" are forcibly implanted around the world and governments and leaders disagreeable to Washington are replaced. Conclusions suggest themselves ...
Ctrl Enter
Noticed oshЫbku Highlight text and press. Ctrl + Enter
We are
"We must beat first": the geopolitical alignment around Russia is continuously deteriorating
Ten "defeats" of Putin
Reporterin Yandex News
Read Reporterin Google News
5 comments
Information
Dear reader, to leave comments on the publication, you must sign in.