Revival of "Antonov": Ukraine is proud of the first "import-substituted" An-178 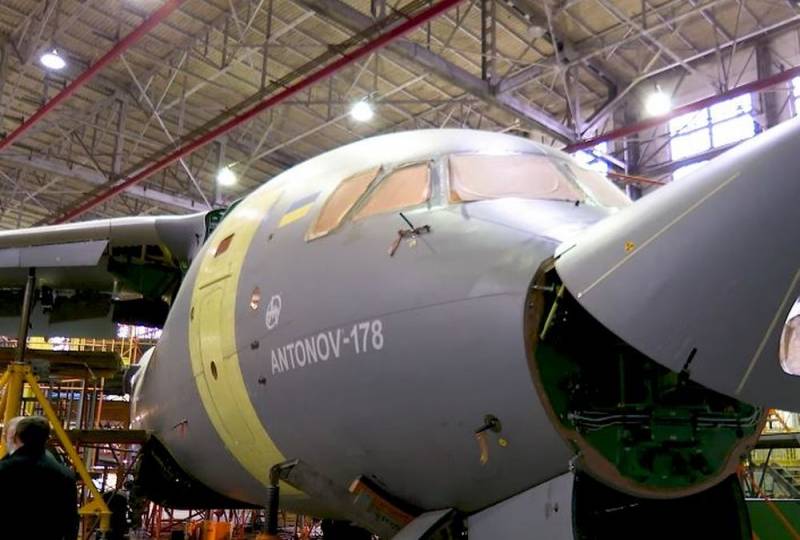 A little over a year has passed since work began on the creation of a Ukrainian short-haul transport An-178 for the Peruvian police. This aircraft became the first sign in the process of revival of the Antonov State Enterprise and the aircraft industry in Ukraine as a whole, the Ukrainian portal Defense Express proudly notes.


This aircraft should become the first production aircraft and put an end to a long interruption in the production of products by Ukrainian aircraft manufacturers. The aircraft (serial number 006) with a carrying capacity of 18 tons is considered conditionally import-substituted, since it completely lacks components from Russia. Moreover, it has equipment from Western countries.

In November 2019, the State Enterprise GHVP "Spetstechnoexport" (part of the SC "Ukroboronprom") and the Ministry of Internal Affairs of the South American country signed a contract for the supply of one An-178. At that time, the Antonov State Enterprise already had a certain groundwork for the aircraft (separate parts of the wings and tail unit), but the fuselage had to be built from scratch.


Despite the COVID-19 pandemic, in 2020, Antonov employees completed the slipway assembly of the fuselage and proceeded to the process of saturating the aircraft with various internal systems. For $ 9,6 million, Motor Sich JSC ordered two D-436-148FM by-pass turbojet engines for it.


On December 29, 2020, Antonov State Enterprise and the Ministry of Defense of Ukraine, in the presence of President Volodymyr Zelenskyy, signed a contract for a period of four years for the manufacture of three An-178s for the Ukrainian military. The transfer of the first aircraft under this contract is scheduled for 2023, after receiving the Type Certificate for the An-178-100R, the publication concluded.
Reporterin Yandex News
Reporterin Yandex Zen
16 comments
Information
Dear reader, to leave comments on the publication, you must sign in.