Trump may be removed from office soon 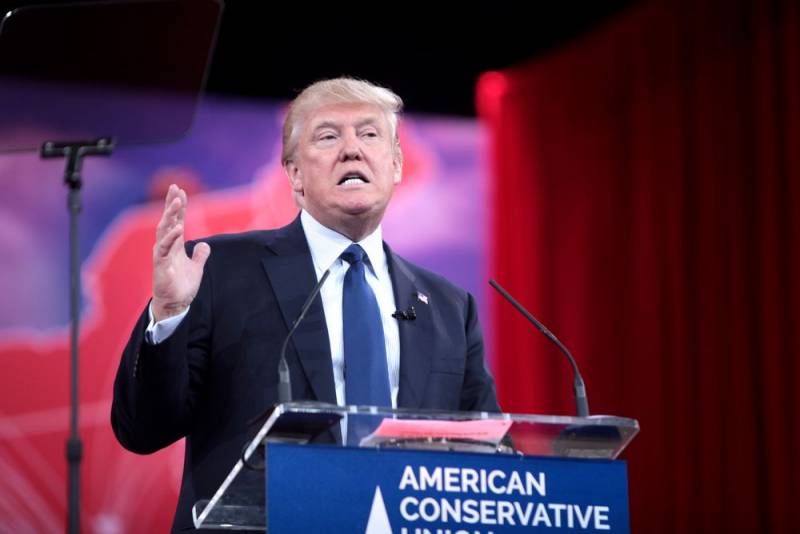 On January 6, 2021, supporters of the current US President Donald Trump protesters against the results of the presidential elections seized the building of the US Congress in Washington. Four people became victims of the clash with the police.


The incident caused a worldwide resonance and shocked the ranks of representatives of the "open society". This is understandable, because the seizure of parliament took place not in one of the countries of Africa or Eastern Europe, but in the stronghold of Western civilization, which itself, often successfully, spread "democracy" throughout the world in the form of "color revolutions".

Former U.S. presidents, state governors, U.S. lawmakers, and EU and NATO leaders have chorus of accusations against Trump. At the same time, the social network Twitter blocked his account so that he could not say anything in response.

For example, the winner of the last election, Joe Biden, considers what happened not as a protest, but as a rebellion. He called the incident a threat to the security of the elected government.

I am shocked and saddened that our nation, a beacon of light and hope for democracy, has come to such a gloomy moment
- Biden said.

According to former President Barack Obama, "this is a moment of great dishonor and shame for the United States." He accused Trump of instigating unrest and lying about the outcome of citizens' will.

At the same time, ex-President Bill Clinton announced "an unprecedented attack on the constitution and the country." In his words, all the past four years "poisonous policy"Disinformation was spreading in the United States, distrust of the existing system was sown and the Americans were deliberately turned against each other.

In turn, former President George W. Bush said that what had happened "is shocking." He said that "this is how the election results are disputed in a banana republic, not in a democratic country." Bush is confident that the incident will cause significant damage to the reputation of the United States.

The leader of the US Democratic Party in the Senate Chuck Schumer called the storming of the Capitol "desecration of the temple of democracy." House Assistant Speaker Catherine Clarke called Trump a traitor and called for his removal from office. Senators Patty Murray, Elizabeth Warren, Ed Markey, Mitt Romney and Bernie Sanders have accused Trump of trying to wreak havoc in the United States.

Vermont Governor Phil Scott said Trump should step down or be removed because he is "in charge of this action."

Illinois Governor Jay Robert Pritzker called the incident a coup attempt and a threat to democracy. He called Trump dangerous for the country and called for an impeachment procedure.

New York Governor Andrew Cuomo also considers the events in Washington "a failed coup attempt." He stressed that he will not allow "the criminal mob to steal democracy."

Member of the House of Representatives from the US Democratic Party Ilhan Omar said she was preparing a presentation for the impeachment of President Trump. She is confident that for the safety of the United States, Trump cannot be allowed to remain in office for the remaining two weeks and must be removed from office soon.
Reporterin Yandex News
Reporterin Yandex Zen
10 comments
Information
Dear reader, to leave comments on the publication, you must sign in.