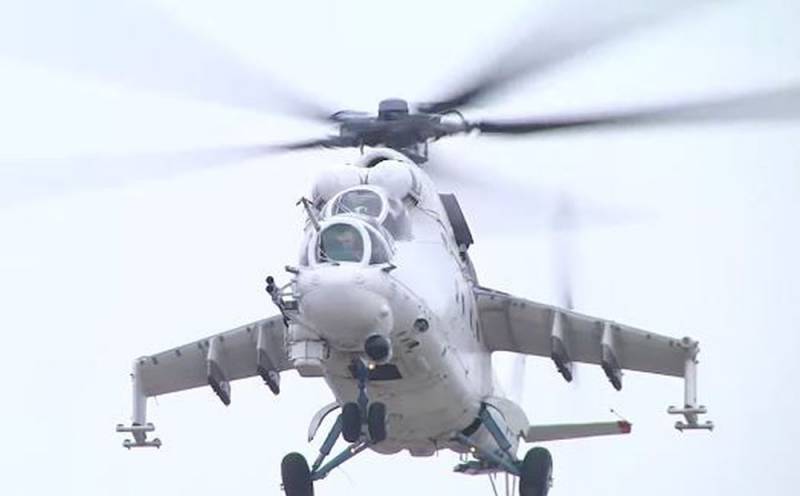 Ukraine now has its own closed production cycle for helicopters. Motor Sich JSC (Zaporozhye) gave a detailed account of the testing and production of new blades for rotary-wing aircraft, writes the Ukrainian portal Defense Express.


On December 24, 2020, factory tests of two sets of blades began at the Motor Sich flight test center. The first (metal) is for the Mi-24, and the second (composite) for the Mi-8.

The test pilots showed the various capabilities of the helicopters. To demonstrate stability, the following were demonstrated: a turn with a roll of up to 60 degrees, a "slide" maneuver and a "turn on a hill".

After that, the blades themselves were presented and the details of their production were reported.

Everything that you saw today was done by the hands and brains of Ukrainian engineers, scientists and workers.
- emphasized the head of Motor Sich Vyacheslav Boguslaev.

Our blades have been calculated for strength and aerodynamics by our scientists. We are responsible for their reliability. We guarantee that their resource will be longer than that of similar blades manufactured in other countries.
- Boguslaev specified.


The chief designer of Motor Sich and the creator of new products Alexander Zherdev explained that the new blades will be cheaper than imported ones. He recalled that earlier such products were purchased in Russia and paid for them 800-900 thousand dollars per set.

We have been working towards this for 10 years. Science-intensive Technology, complex equipment, many stands, slipways. Structurally, the blades are distinguished by more advanced materials. We have about 200 engineers in the OKB, excluding production workers and technologists, who also took part in the production
- explained Zherdev.

It should be noted that the Ukrainian military showed particular interest. The APU is in great need of metal blades for the Mi-24 shock. More than 100 of these helicopters are "chained" to the ground and cannot take to the sky, as they are waiting for the replacement of the blades.

Old blades have already exhausted their resource. Helicopters don't climb on those blades today. We are already planning, and Vyacheslav Aleksandrovich (Boguslaev) promised us that in 2021 he will significantly help us to raise a serious fleet of combat helicopters into the air
- said the Commander-in-Chief of the Armed Forces of Ukraine, Colonel-General Ruslan Khomchak.

President of Ukraine Volodymyr Zelensky has already ordered to lift at least four Mi-2021 shock units with new blades into the air in 24.

However, it should be recalled that despite the interest on the part of the Armed Forces of Ukraine, only one of the stages of factory tests has passed so far, and state tests are planned for 2021. Only after that the certification will pass and the serial production will begin. But the company is already preparing a production line.

We build a line of these blades - 60 sets per year. Next year we will make 20 sets for our troops
- Boguslaev summed up.
Ctrl Enter
Noticed oshЫbku Highlight text and press. Ctrl + Enter
We are
New blades can help accelerate the Mi-28N to 400 km / h
Reporterin Yandex News
Read Reporterin Google News
6 comments
Information
Dear reader, to leave comments on the publication, you must sign in.