2020 is the worst year in history. How the pandemic began to change people around the world 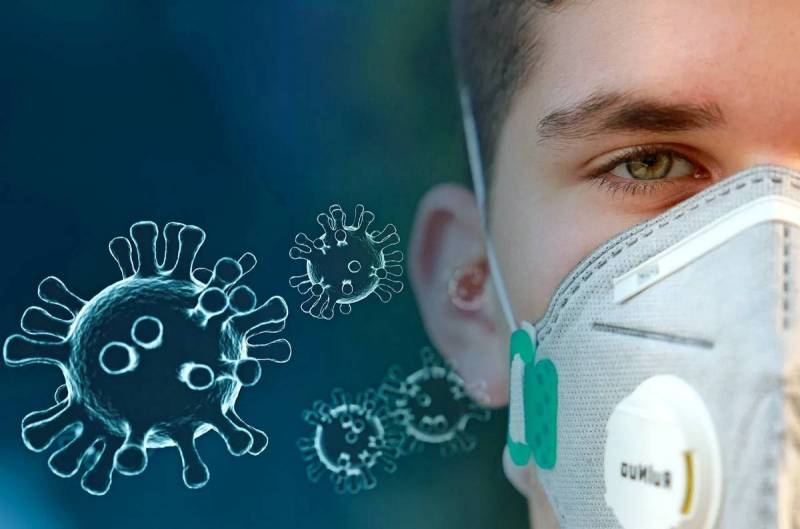 The American Time magazine has declared 2020 "the worst year in history." The next issue of the edition will come with a cover, which will include the number 2020, boldly crossed out in red. However, upon a thoughtful reading of the corresponding editorial, it turns out that its author clarified that the outgoing year is "the most terrible for those living today." In principle, there have been years and even whole periods in the history of mankind that are much more horrible. Be that as it may, even this, a much more correct statement also looks rather dubious.


So what is so terrifying that has happened to the world and all of us since last New Year? Is it worth it to build assessments of 2020, especially negative ones, to such superlatives, even comparing it with the current era? And, perhaps, the most important thing - is humanity lamenting, seeing off "the most terrible", and is it afraid of that, what would it cost? Let's try to figure it out.

How world catastrophes were crushed

Tellingly, the author of the title article in Time, assessing the past year, in fact, is not a physician or an economist, and not even a political scientist - not a scientist or practitioner at all, but ... a film critic from the United States Stephanie Zacharek. This is, indeed, a bright omen of our time, whose "prophets" and "messiahs" are almost 90% of people from the sphere of show business. This lady undertakes to argue that "the majority of the population of our planet" has never faced such horrific disasters and trials as in 2020. At the same time, she mentions that “there have been worse times in the history of the United States”, citing as an example the Great Depression of the 30s of the last century. Also, the author casually mentions two world wars and the "Spanish" flu pandemic that accompanied the first of them, which, according to her, "few people remember now." All this perfectly demonstrates a purely American view of things: "If this did not happen with the United States, then what does it matter?"

It is clear that the collapse of the Soviet Union, to which the United States had a heartfelt hand, which broke the lives and fates of tens, if not hundreds of millions of people, is not a catastrophe in the eyes of Mrs. Zacharek. Here he and Vladimir Vladimirovich resolutely disagree. And some other tragedies, such as the bombing and destruction of Yugoslavia, Libya or the same Iraq, in her opinion, are not even comparable to the "total disasters of 2020". So, minor episodes, in which, moreover, the Americans were far from the injured party. One cannot but agree that the year that is leaving us (at last!) Has not, practically, decorated anyone's life. However, to present it as "the worst in history", even in the most recent? Excuse me, there is an overkill here.

The most global and negative event of 2020, of course, was the worldwide coronavirus pandemic. However, it was revealed at the end of 2019, but the most dramatic events unfolded after the last New Year. Yes, the new disease has cost humanity (according to fairly rough data) almost 1.7 million deaths. More than 70 million people around the planet have been infected with it. However, in comparison with the "Spanish flu" already mentioned above, these terrible figures look, forgive me, childish babble. During the pandemic that fell on humanity exactly 100 years ago, about a third of it (500-600 million people) fell ill, and from 3 to 5% of all people living on Earth at that time died. According to estimates of various researchers, that flu killed 50 to 100 million people. Another question is that economic the effect of these two outbreaks of diseases, of course, is incomparable, and here the primacy is unequivocally for COVID-19. A century ago, no "global economy" actually existed, but now it has long been formed, and now it has taken the hardest blow of the pandemic.

According to the managing director of the International Monetary Fund Kristalina Georgieva, the loss of world GDP in the next five years will exceed $ 30 trillion, which, she believes, will indeed be comparable to the Great Depression. The world economy, presumably, has already contracted by 4-5% as a whole. It was especially hard for the countries in whose economies the export of energy carriers plays a significant role, including Russia. Due to the critical drop in world prices for such, primarily for oil, they suffered huge losses. The price of "black gold", which has somewhat stabilized in recent months, is still 30% lower than its pre-crisis value.

At the same time, for some, the pandemic was materially beneficial. Forbes magazine, for example, added 2020 new names to its famous billionaire list in 50 from healthcare-related businesses alone! Basically - in the field of pharmacology and the supply of medical equipment and equipment. So - to whom is the pandemic, and to whom ... What other misfortunes have befallen humanity over the past 12 months? There was enough - plane crashes and natural disasters (in particular, the unprecedented forest fires in Australia and the plague of locusts in Africa). Military conflicts, the most acute of which was the confrontation over Nagorno-Karabakh, which cost the parties more than 5 thousand dead soldiers and officers (according to official statistics). The terrorist attacks in Vienna, Nice, Paris, an unprecedented explosion of ammonium nitrate that destroyed almost the whole of Beirut ... All this, of course, is terrifying, but, excuse me, it does not attract the Apocalypse.

However, the position of the American publication is quite understandable if we remember that perhaps the largest portion of shocks in the past year fell to the lot of the United States. The country turned out, to put it mildly, not ready for the COVID-19 pandemic - with all the ensuing consequences in the form of a huge number of deaths and crushing blows to the economy. All this, moreover, was superimposed on two more destructive factors. The first is the riots that erupted after the death of a black American, George Floyd, during the arrest by police in Minneapolis. The spontaneous protests "against racism and police arbitrariness" that broke out after that within the framework of the Black Lives Matter movement very quickly grew into a natural Makhnovism with robberies, arson, brawls and looting. This raging element was violently driven into at least some kind of framework.

The second nightmare of the United States was the traditional presidential elections, this time, according to the Americans themselves, turned into a "horror show" and brought the country almost to the brink of civil war. The confrontation between Donald Trump and Joe Biden, Republicans and Democrats showed that the States are not so united, but at the same time, along with all the previous events, revealed a great many other problems. Most likely, this is why Time is trying to imagine 2020 with its wearing of masks, quarantine, self-isolation and a massive decline in well-being, almost "the peak of human suffering." Stephanie Zacharek writes that "few people survived who had more terrible years."

Let me argue - in our country there are still those who remember the Great Patriotic War, which cost our people 27 million lives and colossal destruction. In China, I think, there will be their peers who will tell that during the Second World War, the Celestial Empire lost 35 million people. And we are certainly alive - those who remember the destruction of the Soviet Union and the horrors of "perestroika" that befell us all, the flared up interethnic conflicts (one of which, by the way, responded with a bloody "echo" just this year), the impoverishment and humiliation of millions. Every human death from coronavirus (plane crash, natural disaster, war) is a tragedy. However, one should not nevertheless declare the "end of the world" the year that brought troubles, first of all, to the Americans. Let us be glad that they still did not have the courage to unleash another war in the Persian Gulf in 2020 and modestly keep silent about how many international treaties aimed at preventing a real Apocalypse - in its nuclear version - the United States has withdrawn this year.

The coronavirus pandemic is definitely an ordeal. However, let's be frank, it delivered the main blow not so much to humanity as a whole, as to the globalist "new world order" into which this very humanity has been driven over the past years and decades and continues to be driven today. Perhaps more concern should be shown not about the consequences of the rampant COVID-19, but about where the people of planet Earth are headed today? In the same United States, just the other day, a shocking case occurred: during treatment for coronavirus at Antelope Valley Hospital in southern California, 37-year-old Jesse Martinez beat his roommate, an 82-year-old man, to death with an oxygen cylinder with an oxygen cylinder for being he. .. began to pray. Martinez has a fair amount of time, but more and more countries of the world legitimize the destruction of the elderly. So, just last week the lower house of the Spanish parliament voted for the legalization of euthanasia. This country is likely to become the fourth in the EU to pass a similar cannibalistic law - after Belgium, the Netherlands and Luxembourg. The Kingdom's Minister of Health Salvador Illa proclaimed the decision of the deputies "a step towards a more humane and just society" ... No comment.

By the way, in the Netherlands this year, again, by the decision of the Supreme Court, forced euthanasia is also allowed - without the consent of the patient, if he is recognized as having fallen into, for example, senile dementia. The local government is inclined to extend this rule to "terminally ill" children under 12 years of age. Dutch Minister of Health Hugo de Jonge strongly supports the idea. In the same arena, the Germans also “noted” in 2020 - the Constitutional Court in Karlsruhe ruled that the law of 2015 prohibiting “assistance in suicide”, that is, in fact, the organization of the same euthanasia, is “violating the constitution” and is now invalid ...

Time, quite expectedly, did not mention among the "challenges of 2020" the moment that at the current elections, US citizens voted not only for the new president, but also ... for drugs! And with what enthusiasm - in the state of Oregon (the first among all), for example, from now on, the use of "hard" drugs, such as cocaine and heroin, has been completely decriminalized. Americans of all colors, "dumbed down" to the limit, will now face a maximum unobtrusive fine there. If this "nonsense" does not seem enough, you can fearlessly "add" hallucinogenic mushrooms - now it is also legal. "For therapeutic purposes," of course. Also "funny mushrooms" and other "organic psychedelics" are now allowed in Washington itself. Why not?

In Arizona, South Dakota, Montana and New Jersey, voters were more conservative. They approved "only" the complete legalization of marijuana, the lovers of which there will no longer even have to hide behind "medical indications". Reached 21 years old - and even get a smoke. In a couple of other states, Colorado and Louisiana, if I am not mistaken, voters have successfully fought against restricting the right to abortion. This is roughly how the "brave new world" we are heading towards. At the forefront of this movement, whatever one may say, is the United States. The Western media will not trumpet these events of the year 2020, which is leaving into oblivion, and indeed, which was difficult and tragic for most of us, unless they are mentioned as yet another examples of the "triumph of democracy."

It is worth considering - which is worse: the COVID-19 pandemic, which brought a sea of ​​grief and misfortune to mankind, or is it still much less noticeable, but terrifying processes, as a result of which people gradually cease to be human?
Reporterin Yandex News
Reporterin Yandex Zen
5 comments
Information
Dear reader, to leave comments on the publication, you must sign in.