A "fourth estate" appears in Russia, which can be headed by Putin 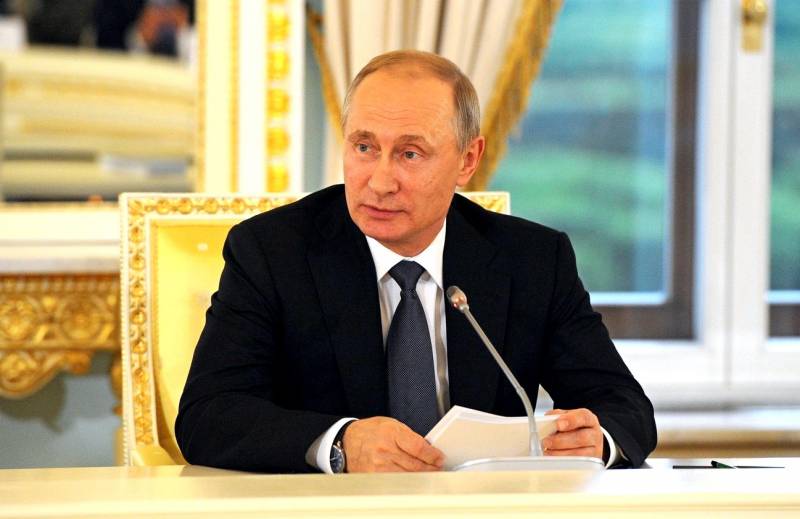 The first meeting of the renewed State Council took place the day before. Recall that after the recent amendments to the Constitution of the Russian Federation, this body received a new status, being reflected in the Basic Law. With all the everydayness of the issues discussed at the working meeting, the whole event left a very ambiguous impression of itself.


Initially, the State Council did not have constitutional status, remaining an advisory body under the president of the country. Not being essentially a government body, it was a kind of "strategic political body." In this form, the State Council existed from 2000 to 2020. Everything changed after President Putin's proposal to amend the country's Basic Law. In addition to many wonderful legislative innovations, the State Council was also reflected in the updated Constitution. What does this mean for all of us?

It is not a big secret that the State Council was considered as one of the options for the so-called "transit of power" in 2024, when the powers of the current president expire. It was assumed that this body, in fact, could turn into a fourth power, supervisory, standing above the legislative, executive and judicial. Within the framework of this concept, a number of key powers should be withdrawn from them and transferred to the State Council, which Vladimir Putin may head in 2024.

It should be noted that in the course of rewriting the Constitution, it also included the possibility of the so-called "zeroing", which gave Vladimir Vladimirovich the right to go back to two six-year presidential terms in 2024, as if the pilot had no trace of the previous 24 years. However, after the revenge of the "globalists" and the Democrats coming to power in the United States, the likelihood of this scenario, simple and understandable, began to decrease somewhat. The leadership of the American Democratic Party has no personal affection for the Russian president, but has gotten a hand in organizing "color revolutions" around the world. In this situation, for Putin to sit in the chair of the head of the State Council, which controls everything but is not responsible for anything, is not the worst option. So far, this constitutional body has discussed only general issues, but its powers can be quickly expanded through the adoption of a federal law. As they say, the case equipment.

But the last meeting of the State Council inevitably caused one curious association. The renewed State Council consists of: the president of the country himself, employees of his administration, the head of government and members of the cabinet of ministers, leaders of parliamentary parties, presidential envoys in the regions, governors, representatives of municipalities. Such a wide composition is explained by the need to organize interaction between all of them. Now some media outlets are straining to draw parallels with the Congress of the Central Committee of the CPSU, but a comparison with the Zemsky Sobor seems to be more accurate.

Recall that at the time of the Russian kingdom it was the highest estate-representative institution that discussed the most important political, economic and administrative matters. It was attended by representatives of all classes, except for the serfs. At the councils, the issues of introducing new taxes, declaring or continuing the war, and the political structure of the country were resolved. And at the Zemsky Sobor in 1613, Mikhail Romanov was married to the kingdom "with the whole world", who gave rise to a three-hundred-year ruling dynasty, which officially put an end to the Troubles.

The association between the State Council and the Zemsky Sobor may be false, but it seems to have turned out to be quite interesting and historically informative.
Reporterin Yandex News
Reporterin Yandex Zen
32 comments
Information
Dear reader, to leave comments on the publication, you must sign in.