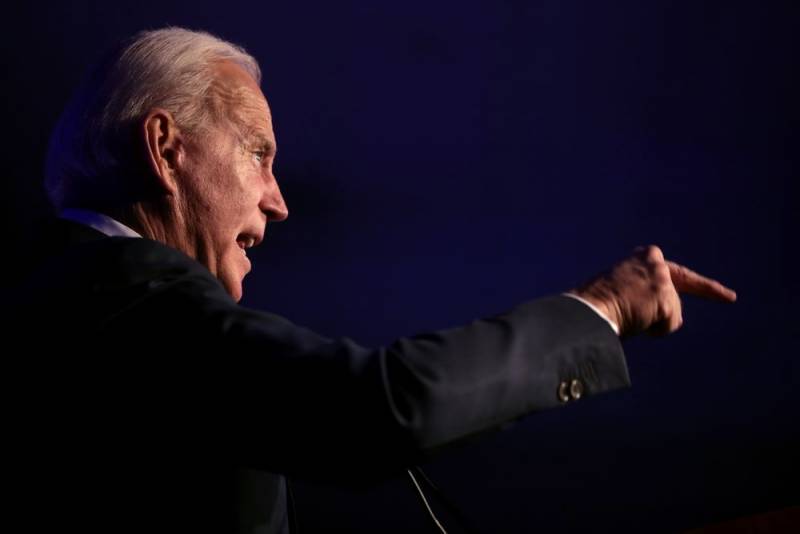 An unsubstantiated stream of accusations about large-scale Russian cyberattacks poured out of the American media simultaneously with the official announcement of Joe Biden as the elected president of the United States, writes Strategic Culture.


The coincidence of these events is hardly accidental. Biden's inauguration is due on January 20, 2021. The target of the information attack is probably the future administration of the White House, which should continue the hostile policies Washington in relation to Moscow. The US "deep state" is trying to prevent the restoration of relations with the Russian Federation.

It should be noted that cyberspace is a good topic for accusations. The abstract world of the Internet allows you to manipulate security concepts as you like, since cyberspace itself remains a mystery to the vast majority of people. This is why it has become an ideal target for false claims.

It is possible that cyberattacks on various US institutions did take place. However, there is no evidence that Russia is behind this. However, some American politicians and officials claim that "Russia has already declared war on the United States."

In fact, we have before us a classic case of "gaslighting" - a form of psychological violence and social parasitism, when a manipulator, pursuing his goal by repeating fictitious statements, makes others doubt the correctness of their perception and believe something false. The American media is overwhelmed with claims from "sources" that cyberattacks are continuing. They are trying to convince ordinary Americans that "deep penetration" will have dire consequences.

This is how an ideal psychological trick is formed to create an atmosphere of constant threat and total distrust in society. Biden has already promised that he will make the guilty pay dearly for this, hinting at Russia. Due to the storm raised in the media, Moscow's willingness and desire to reset relations with Washington remained largely unnoticed.

Biden's hands were probably tied long before all this. It's just that the image of Russia as the worst enemy was qualitatively "polished" by a colossal stream of statements about cyber attacks. And Biden reacted like a man at the mercy of psychological manipulation.
Ctrl Enter
Noticed oshЫbku Highlight text and press. Ctrl + Enter
We are
Some of the electoral votes were taken from Biden. Now the victory is not so obvious
Strategic Culture: the US is starting to look more like "Russia of the 90s"
Reporterin Yandex News
Read Reporterin Google News
4 comments
Information
Dear reader, to leave comments on the publication, you must sign in.