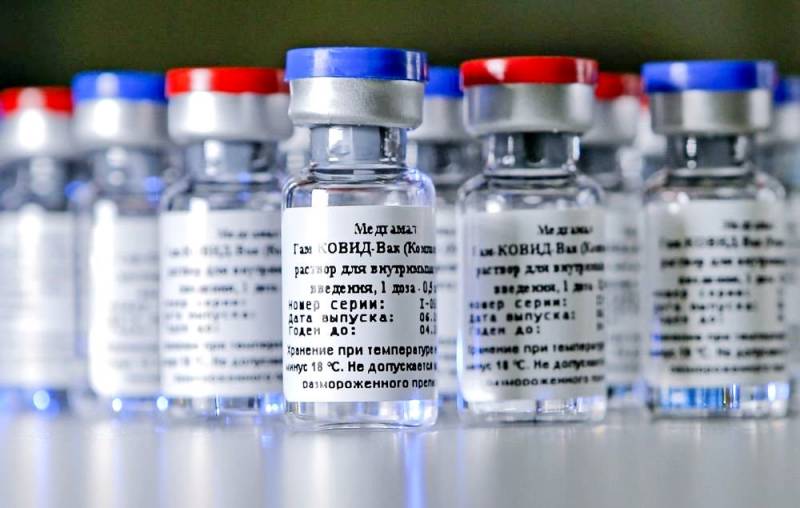 The fact that the rupture of good-neighborly relations with Russia has brought Ukraine and its residents a huge amount of troubles and losses is an elementary truth. In fact, an axiom that does not need proof, and, nevertheless, has been proven many times with concrete figures and facts "in hand". What is the mere collapse of the local aircraft industry, which turned out to be unviable without close cooperation with our country ...


However, now we are talking about things much larger, important and tragic than the stagnation or even the collapse of an entire industrial sector. Literally - about the life and death of millions of people.

The coronavirus pandemic that hit the world this year has mercilessly revealed the true essence of so many things. Among other things, it showed the true value of the “partnership” and “support” allegedly provided by the “non-existent” West. Living at the behest of the local curators and to please them deepening the break with the neighboring fraternal country, in a moment of real disaster Kiev found itself in a real trap: representatives of the "world community" are not going to save Ukrainians from extinction at all. But they will not be allowed to accept help from Moscow either ...

"Vaccination" in Ukrainian: there is a plan, there is no vaccine

Just the day before, the Ministry of Health of Ukraine stunned compatriots with completely phantasmagoric information. It turns out that the department, and specifically, the Center for Public Health of Ukraine (CPH), which is part of it, has already developed a plan for vaccination of the country's population against COVID-19! According to the issued document, it should start in January next year and then move in stages, covering an increasing number of Ukrainians. True, with a thoughtful study of the plan, it turns out that only people with an "extremely high" and "high" risk of infection and development of the disease (extremely vague and vague formulation), as well as "those who perform functions to maintain the security and life of the state. " Well, with this it is already much clearer - here they clearly mean the people's deputies, government officials and representatives of the "power" structures. The latter will have to save the former from the wave of anger of ordinary Ukrainians, which will certainly rise when it comes to those that no one is going to immunize them in principle.

However, the general director of the CPH Igor Kuzin, commenting on the approved document, began to talk about things that fundamentally contradict it. According to this official, "vaccination against COVID-19 will be voluntary for all population groups and occupational risk groups," moreover, over the next two years, the Ministry of Health undertakes to vaccinate at least 50% of the country's population - about 20 million people - from it. The crown of the verbiage of this official is the phrase he dropped: “We are ready to receive the vaccine already in the first quarter of 2021 ...” You are ready, but who will give it to you ?! The problem of getting "non-profit" is not just the "correct" one, approved and certified by the same WHO, but in general any vaccine against coronavirus has not been solved at all for today - which was recently publicly admitted to the whole world by President Vladimir Zelensky. However, let's not get ahead of ourselves.

It would seem that after such optimistic and encouraging promises of doctors, the inhabitants of the "nezalezhnoy" should have breathed a sigh of relief and unanimously give praise to the wise, perspicacious and professional government, which took such wonderful care of them in the time of trials. But no ... In blogs and social networks, the authors of such a wonderful plan were cynically called "cretins" who "are again trying to hang noodles on the ears of the trusting people." Why would that be? Perhaps the point here is that in an interview with the American edition of The New York Times, President Volodymyr Zelenskyy stated quite clearly and unambiguously that negotiations on the supply of one of the Western vaccines (specifically - Pfizer) to the country were now "suspended". There is no clarity about whether Kiev will receive at least some drug, as well as about the possible timing of such deliveries.

The publication of a very visual aid in The Economist magazine also added fuel to the fire: a map on which, using different colors, the order of different countries in receiving the COVID-19 vaccine is displayed. Ukraine on it (the only one, by the way, among the countries of the "post-Soviet space") is displayed in an ominous blood-red color, since it belongs, together with the poorest countries in Africa, to the group that is the last to receive the saving drug - at the end of 2022 2023 year. And this is the best case. The United States has absolutely no intention of sharing the drug produced on its territory with anyone in the world. The same Pfizer, on which it is not clear with what fright they counted in Kiev, will leave for the countries of the European Union. In fact, our Sputnik V is the only real chance for the residents of the “nezalezhna”. But the official Ukrainian authorities flatly refuse it, hiding behind far-fetched reservations. So what, Ukraine will get a donut hole instead of a vaccine? Alas, this is not the worst option for her ...

And again - a testing ground for the West?

The strictest ban imposed by curators from the West, and, above all, from the United States, in whose embassy they called the head of the Ukrainian Ministry of Health "on the carpet", had only a half-word to hint at the possibility of purchasing a Russian vaccine, has, in addition political motives, and also purely mercantile considerations. As it turned out, within the framework of the Covax humanitarian program, which is free assistance from international organizations to the most backward and poorest countries, Ukraine can only receive such drugs, the consequences of which no one is able to predict. We are talking, in particular, about such vaccines as the French-British Sanofi-GSK, which has been successfully tested, in fact, only on laboratory mice. In humans, testing was also carried out - however, it showed extremely low effectiveness of the drug, especially for people 50 years and older. And in general, the manufacturing companies rather vaguely declared the need to "refine" the vaccine, in connection with which both its mass testing on patients and the launch into mass production are postponed indefinitely.

It is very likely that Ukraine can become a testing ground for it. Inhabitants of "nezalezhnaya" have even more chances to act as guinea pigs due to the problems faced by the manufacturers of the British drug AstraZeneca. After the severe (up to lethal) side effects of the use of this vaccine were officially recorded, instead of registration and certification, it was returned from the third to the second stage of testing and was recognized as requiring further "refinement". Now the cunning British, so as not to waste time (Britain is experiencing an acute outbreak of the coronavirus, and even a mutated strain of it), went to cooperate with Russia. Specifically - with the developer Sputnik V center of Gamaleya.

When it comes to saving the lives of their own citizens, even the most Russophobic countries in the West are reluctant to cast aside their political bias and start working together. However, it is clear that Britain will seek to obtain its own, "purely English" vaccine. So why not try it on Ukrainian natives? This is more than a possible option, especially if we remember how intensely Kiev has recently “sagged” in front of London. Well, if Zelensky, during his visit to Foggy Albion, stood at attention not only to the leaders of the British "establishment", but also to the head of the local intelligence ...

Conclusions suggest themselves. By the way, in the above-mentioned interview with The New York Times, the Ukrainian president named AstraZeneca among the "tested and confirmed vaccines" that he is today literally trying to beg from his Western "partners". At the same time, Zelensky, in his unique corporate style trying to “turn on the fool” wherever possible, allowed himself something that utterly resembles natural blackmail. He said that it is "extremely difficult for him to explain to the Ukrainian society why the country should not use the Russian vaccine if the US and Europe do not provide it." Moreover, he clarified that “such things are generally impossible to explain to a person who is dying” ... What is more in this ridiculous demarche - cold cynicism (the head of state is well aware of the cost of refusing help, which has already been repeatedly offered by Moscow) or naivety about the fact that at least someone in the West cares about the lives of Ukrainians, or, even more so, their "opinion" about something? Most likely, both are exactly equal here.

Continuing communication with American correspondents, Zelensky warmly assured that he understands: "everything is in the hands of the United States, and they, together with Britain, could greatly influence the fact that Ukraine has a priority in obtaining a vaccine in Europe." Aha ... Right now, scattered! There is no doubt that the "menacing words" said by the president-comedian that "the question of buying a vaccine could become a serious geopolitical blow to the positions of the West in Ukraine and Russia's victory in the information war" were either not heard at all in this West, or they were with a scornful laugh. What other "blow to positions" ?! The same Washington and London hold Kiev by the throat with both hands, completely freely changing there prosecutors, judges, laws, presidents - yes, in fact, everyone and everything they want. In the current situation, they probably consider the local population only as a good supply of "laboratory material" on which it will be possible to test and "run in" any drugs and medical Technology... Up to the most dubious.

As of December 22, 2020, the number of officially registered patients with coronavirus in Ukraine exceeded one million. The true statistics are, of course, much sadder. Meticulous experts have already proved that the “decrease in the number of detected patients” recorded in the country lately is nothing more than the most common manipulation of statistics, or even a direct falsification thereof. Indeed, at the same time, the number of Ukrainians hospitalized with a diagnosis of COVID-19 and, alas, dying from it, is growing. And fast. The complete lockdown, for the announcement of which the country has been morally prepared in January over the past couple of months, will most likely never be introduced - after all, the already agonizing the economy "Nezalezhnoy" he can finally finish. Today it is absolutely clear that the coronavirus, which has already killed thousands and thousands of Ukrainians, will continue its victorious march across the country completely unhindered. Such is the payback for Russophobia ...
Ctrl Enter
Noticed oshЫbku Highlight text and press. Ctrl + Enter
We are
"We must beat first": the geopolitical alignment around Russia is continuously deteriorating
Ten "defeats" of Putin
Reporterin Yandex News
Read Reporterin Google News
3 comments
Information
Dear reader, to leave comments on the publication, you must sign in.