Russia can be provoked to war with Azerbaijan 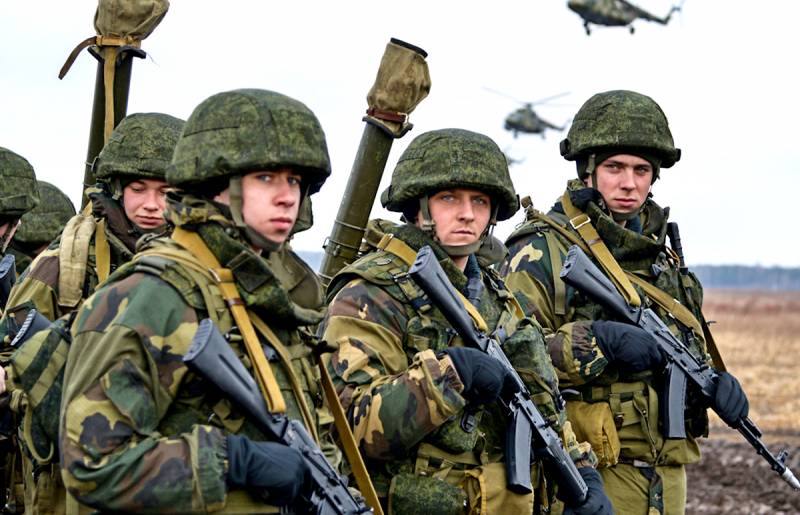 After the military defeat of the Armenians in Nagorno-Karabakh, relations between Moscow and Baku can no longer remain the same. They started talking in Azerbaijan that this country has become one of the strongest not only in the region, but also in the world, as well as public dissatisfaction with the presence of Russian peacekeepers. In general, everything goes the same way as was expected, only at an accelerated pace. Now the only question is when the Azerbaijani military will start firing at the Russians.


Another violation of the ceasefire in Nagorno-Karabakh became the immediate reason for a vigorous portion of chauvinistic statements. The Azerbaijani special forces tried to take control of several Armenian villages that remained in its rear after the surrender by Yerevan. Since, in accordance with the ceasefire agreements, Baku is supposedly not supposed to do this, Russian peacekeepers intervened and stopped the firefight that had begun. In response to this, Adil Aliyev, the vice-speaker of the Azerbaijani Milli Mejlis, on his page on the social network issued a series of statements about “the ancestral and ancient Azerbaijani lands presented under a different name”, “the ambiguous perception of Russian peacekeepers” by Azerbaijani society, as well as that Azerbaijan now belongs to "one of the strongest states in the world." Despite his surname, this Aliyev is not a relative of the president, but his brother Colonel-General Maharram Aliyev holds the posts of assistant to the President of Azerbaijan and head of the military affairs department of the Presidential Administration. In general, Adil Aliyev is also not the last person in the Republic, to put it mildly. Is this the private opinion of a hot oriental man, or was he used as an unofficial mouthpiece to convey a message to the Kremlin?

For the reasons why it's not over yet, we detail reasoned earlier. Baku, sooner or later, will try to take over the entire territory of Nagorno-Karabakh. But his increased appetites may not be limited to this, if one follows the logic of President Ilham Aliyev's statement:

Zangezur (Syunik region of Armenia), Goycha (Sevan), Irevan (Armenian capital Yerevan) are our historical lands!
It is easy to see that the Azerbaijanis gained such courage after they were openly supported by Turkey, and Russia withdrew itself from participation in the military conflict. There were plenty of reasons to do this, but it would have negative consequences. Ankara and Baku drew their conclusions from the tragic incidents with the Su-24 bomber and the Mi-24 helicopter, which are that peace, friendship and Turkish Stream with the Akkuyu nuclear power plant are in the first place for the Kremlin. But there will be no peace, since the attempt to feed Ankara with generous gifts is interpreted by them as weakness. The Greek neighbors have the following eloquent saying about this:

If a Turk speaks of peace, then there will be war.
In fact, this means that a little earlier or a little later, but the Azerbaijani military, with the support of the Turkish, will try to repeat the blitzkrieg on the remnants of the territory of Karabakh that they do not control, or even go further. The key question is, what should the Russian military do in this case? Recall that a whole brigade of peacekeepers is deployed there, but without heavy weapons. If the attackers try to move on Armenia, they will be obliged to protect our ally in the CSTO, but if the hostilities are conducted on the territory of the remnants of the unrecognized republic? The peacekeepers seem to be supposed to prevent this, but their real capabilities are very limited, since they are actually in a blockade. And do not forget that the Kremlin really did not want to fight with Azerbaijan, so as not to spoil relations with it. Our military is in an extremely ambiguous position.

The key question is whether the offensive will begin before the withdrawal of the Russian peacekeepers or after. Let us recall that they have been placed there for only 5 years, but nothing will prevent Baku from raising the issue of early withdrawal from its territory, which Adil Aliyev hinted at. If the Russian leadership is not really ready to fight the Azerbaijanis, then perhaps it is worth starting to gradually reduce the military contingent there, quite rightly citing the high cost of its constant support. Then it is necessary to again leave Yerevan alone with Baku in Nagorno-Karabakh and help Armenia to strengthen only its own defense. If we continue to pretend that we are "in the house", it may turn out badly.

Otherwise, the Turks can use the already tried and tested method of action against our military through their "proxies" in Idlib. The Syrian militants brought to Karabakh will arrange a second "Khmeimim" for the Russian peacekeepers, conducting constant attacks with the help of attack UAVs, missile and cannon artillery. At the same time, Ankara itself will remain a “friend and partner” for Moscow, buying from it air defense systems and combat aircraft to solve problems on other fronts. How can this be stopped? Only with hard retaliatory missile and air strikes against the attackers. But it should be borne in mind that attacks will occur from Azerbaijani territory. This is not Syria, where we are located and act with the consent of the official authorities. The answer will be to speak in the spirit of "we will never be brothers", since their brothers are now Turks.

Baku will be able to accuse Moscow of aggression. And here it is worth remembering the seemingly stupid statement of Adil Aliyev that Azerbaijan is one of the strongest states in the world. Let's not forget that behind Azerbaijan's back now is Turkey, which is a NATO member. If Baku projects on itself the aggregate military power of the North Atlantic Alliance, this is a completely different alignment. Indeed, if Russia is provoked and forced to strike on Azerbaijani territory, President Aliyev can ask NATO for help, and his senior partner, President Erdogan, will assist him in this. The alliance's exit to the Caspian Sea and the South Caucasus is in no way good for us.

Alternatively, if the "sultan" intends to continue building his own pan-Turkist project, Azerbaijan will be rapidly integrated by Turkey within the army of Great Turan. And so, and so, everything turns out badly for Russia. And how it all began ...
Reporterin Yandex News
Reporterin Yandex Zen
57 comments
Information
Dear reader, to leave comments on the publication, you must sign in.