Why does Russia borrow money with huge reserves? 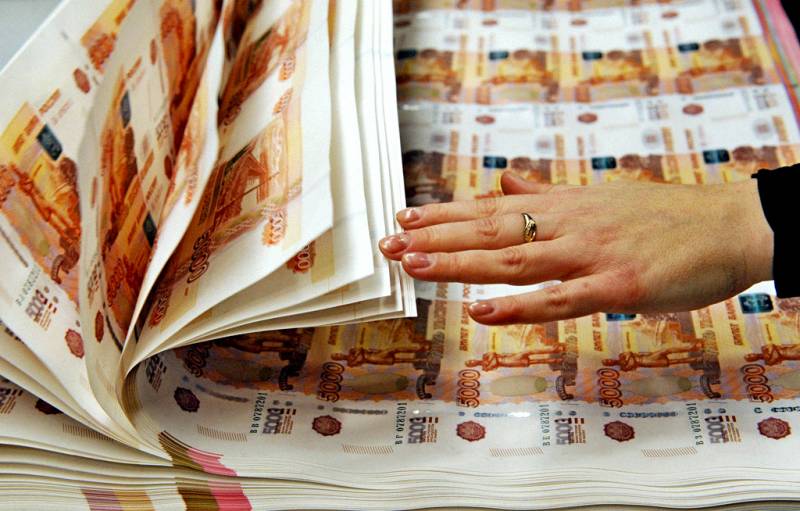 The Russian budget has become scarce amid falling hydrocarbon prices and coronavirus restrictions. According to some estimates, the "hole" will amount to 3,2 trillion rubles by the end of the year, according to others - 5,5 trillion. According to the agency "National Credit Ratings" (NKR), the deficit will be a record for the last 20 years, at all amounting to 9 trillion rubles. The government is faced with a choice: to use the huge reserves accumulated earlier or to borrow. Apparently, the cabinet of ministers decided to go the second way, increasing the debt burden.


Last October, federal budget revenues amounted to 1,9 trillion rubles, in November - already less than 1,4 trillion. At the same time, costs increased sharply. If the average monthly expenses in the first 10 months of the year amounted to 1,7 trillion, then last month they reached 2,2 trillion rubles. The reasons are clear: the country has to overcome the consequences of the unsuccessful "oil war" with Saudi Arabia, the COVID-19 pandemic, and also try to implement the "May decrees." Since we do not expect any special miracles for 2021 yet, the trend may continue further.

The first thing that comes to mind is to use the funds of the National Wealth Fund. Despite the general negative background, the size of the NWF is only increasing. If at the beginning of the year it amounted to 7,8 trillion rubles, today it is already a solid 13,5 trillion. The liquid part, estimated at 8,8 trillion, is in the accounts of the Bank of Russia. The amount is very decent, which can fill many budget holes. However, the government chose to leave this "Kudrin's stash" alone, starting to increase loans. Deputy Prime Minister Yuri Borisov stated the following in this regard:

I think that we should take risks and go for a deficit budget, go for borrowing.
This decision is not entirely unambiguous. On the one hand, the systemic liberals are right that the size of our national debt is very low when compared with other developed countries. “We can afford it,” says the head of the Central Bank Elvira Nabiullina. Deputy Minister of Finance of the Russian Federation Alexei Moiseev also spoke about the forthcoming "large-scale increase" of the domestic national debt, stressing that this is "no pyramid." In practice, this means an increase in borrowing through federal loan bonds (OFZ). With the metered use of this financial instrument, the funds raised are returned to the economyincreasing consumer demand and business activity.

On the other hand, the cost of these loans, due to the need to service the state debt at a higher interest rate of 4,5%, exceeds the profitability from the placement of funds of the NWF. Recall that the Fund uses an "extremely conservative strategy" of investments in securities, of which it selects only the most low-risk ones. Where risk is low, interest and income are low, respectively. This applies both to the placement of funds in the accounts of the Bank of Russia in our country and abroad in foreign securities, where they work for the economy of our competitors.

The result is an unhealthy situation in which huge sums have been withdrawn from the national economy, in fact serving as a "safety cushion" for anyone except Russia itself. At the same time, we are forced to get into new debts to financial speculators.
Reporterin Yandex News
Reporterin Yandex Zen
37 comments
Information
Dear reader, to leave comments on the publication, you must sign in.