Japan will prepare potential for "first strike" against the enemy 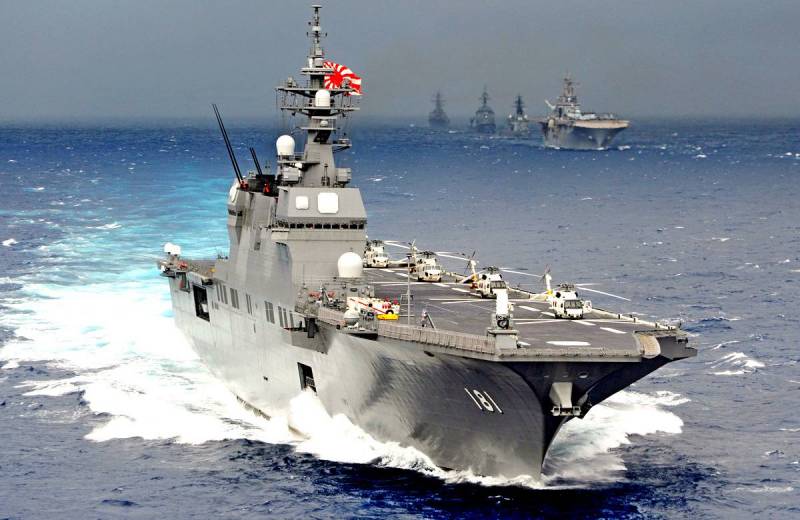 Although Japanese Prime Minister Yoshihide Suga will avoid the question of striking the enemy first, his government is ready to consider such a possibility, writes The Asahi Shimbun.


In June, Shinzo Abe, then prime minister, said that a new national security strategy was needed, and at the same time it should be discussed whether Japan should have a first strike on enemy missile bases.

But the document, which the Sugi administration will present next week, according to the publication, will only call for further discussions on strengthening deterrence capabilities.

While this cabinet’s actions may seem like a departure from a more aggressive stance, it also approved the development of a cruise missile that will have a greater range than those already in the IDF’s arsenal.

The Defense Ministry plans to include a 2021 billion yen ($ 33,5 million) request in the fiscal 321 budget for these purposes in the next five years.

Although the cruise missile is supposedly designed to protect remote islands, it, like the similar JASSM-ER system planned for F-15 fighters, will be capable of striking enemy missile bases.

Thus, Asahi Shimbun notes, although the new Japanese government cannot clearly state its intention to create a first strike force, it intends to move in this direction.

The document, which will be approved by the Sugi cabinet next week, will include language on whether Japan should have a first strike capability and what alternative will be used to replace the rejected Aegis Ashore missile defense system, sources said.

However, instead of a direct appeal, vague language about the need to contain the threat from North Korea's ballistic missiles and nuclear weapons will most likely be used. The call for further discussions on how to strengthen containment is a clear concession to the junior partner in the parliamentary coalition, Komeito Party, which has long been known for its pacifist leanings.

The Sugi administration is facing a difficult dilemma as the ruling Liberal Democratic Party drafted a document in August calling for the ability to hit an enemy on its territory before launching ballistic missiles.

All of these changes are taking place, in part, because the United States has also recently asked its allies to take on greater responsibility in matters of their own defense.

A senior government official told the publication that the upcoming document should be worded so as not to give the impression that the government of Yoshihide Sugi is abandoning plans to have a first strike potential.
Ctrl Enter
Noticed oshЫbku Highlight text and press. Ctrl + Enter
We are
Japan against the INF Treaty gap, although “understands the United States”
Japan: negotiations with Russia will be long
Reporterin Yandex News
Read Reporterin Google News
4 comments
Information
Dear reader, to leave comments on the publication, you must sign in.