Theft of equipment from the Il-86VzPU: where the tracks lead 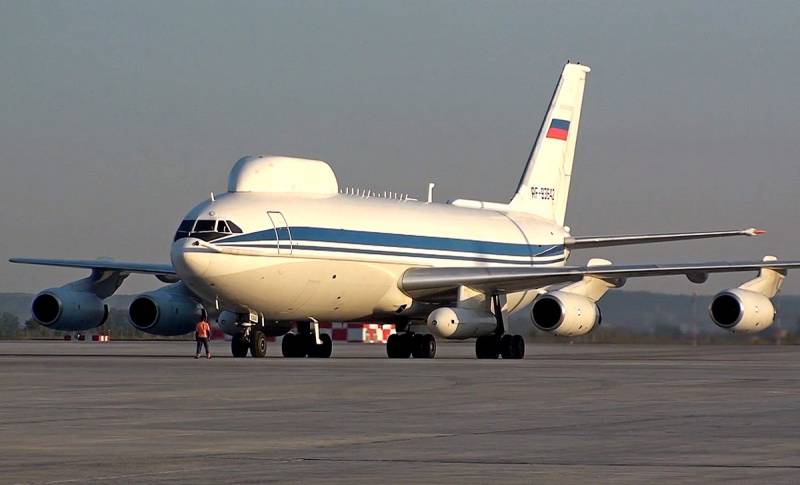 A few days ago, a blatant crime in its insolence took place in Russia: like a banal "hut", the top-secret nuclear facility of the Russian Defense Ministry, the so-called "Doomsday plane", was "fenced off". How did this even become possible, and where can the tracks lead?


First, it is necessary to say a few words about the aircraft itself, which bears the name Il-86VzPU (Air Command Post). There are only four of them in our country, they are intended for the evacuation of the top military leadership in case of a nuclear war. This is a fallback option if the other command bunkers are hit and the troops will have to be controlled from the sky. The aircraft have increased durability and protection from radiation, and can be refueled in the air. Their most important value is the electronic filling, which allows the president or the minister of defense to issue an order on a counter-nuclear strike and unblock nuclear warheads right from the plane. It was the equipment that was stolen. This raises a number of natural and extremely unpleasant questions. At the moment, two basic versions emerge.

According to information available in the press, the abductors opened the plane's cargo hatch, dismantled and took out radio sets, as well as electronic boards. In doing so, they reportedly acted rather rudely, leaving fingerprints and footprints. The simplest explanation is a group of some "metalworkers" who steal equipment that contains valuable metal, including gold or platinum, for acceptance. Judging by the execution of the crime, these are amateurs, possibly drug addicts who need money for a dose. However, this version starts to crumble if you start asking uncomfortable questions.

At first, but how did the thieves even know about the plane? He is based in the Moscow region and flew to Taganrog for a short time to undergo maintenance. Due to the secrecy of the Il-86VzPU, information about its movements is not available to the general public.

SecondlyHow, in fact, were the criminals able to enter the protected area of ​​the airport? There are fences everywhere, CCTV cameras, security guards. There should be a personal sentry with a machine gun near the plane, and more than one.

Thirdlyhow did they know what exactly to take?

All this suggests a possible involvement in the theft of employees of the enterprise itself, who could give a tip and admission of criminals to the protected area. Let us remind you that TANTK regularly appears in criminal the news... Either one of his engineers poisoned his colleagues with thallium, then his head received a criminal sentence for breaking a contract with the Russian Ministry of Defense, or his successor was too free to dispose of the funds allocated to him. But the case of the "Doomsday plane" is simply egregious. If the employees of the plant were involved in it, they could not help but understand that military counterintelligence would be involved in the investigation of the case. And this forces you to think further.

We are consoled by the fact that the Il-86VzPU is just a safety option in the unlikely event of a nuclear war. But everything is much more complicated. Its stolen filling is of the greatest value for the country. Recall that the crime took place just a few weeks after President Putin boasted the creation of some kind of new command bunker in case of a nuclear war. Secret equipment was stolen from the Il-86VzPU, among which there could be radio transmitting and radio receiving devices, equipment for classifying speech information and encryption devices. If such equipment is not melted down, but in the hands of foreign special services, and the secret codes are deciphered, this calls into question the very nuclear security of Russia.

It should be borne in mind that the crime took place in the Rostov region on the border with Ukraine. It is no secret that there are many people there who have close ties with a neighboring openly hostile state who could have helped in the commission of a high-profile crime. And they could have rudely inherited at the crime scene specifically to divert their eyes.

Bringing NATO partners on a silver platter the nuclear secrets of the Russian Defense Ministry - what could be more tempting for the SBU? If this is true, then the carelessness of those responsible for protecting the aircraft could cost us a nuclear shield.
Ctrl Enter
Noticed oshЫbku Highlight text and press. Ctrl + Enter
We are
"We must beat first": the geopolitical alignment around Russia is continuously deteriorating
Ten "defeats" of Putin
Reporterin Yandex News
Read Reporterin Google News
53 comments
Information
Dear reader, to leave comments on the publication, you must sign in.