"Opal" Chubais: why the Kremlin needed the main Russian liberal 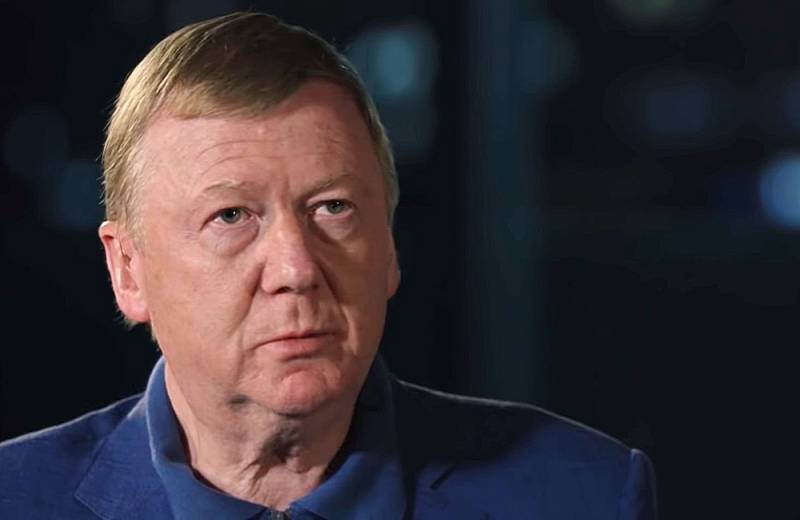 The dismissal of Anatoly Chubais from the post of head of the state corporation RosNANO caused a stir in the domestic media and the blogosphere. Some even saw this as a "fight against the liberals" and began to wonder who would be next on Putin's list. But no, it seemed. Anatoly Borisovich received not a criminal sentence, but a new position of the special representative of the President of the Russian Federation for relations with certain international organizations. What is it for?


The figure of Chubais in Russia is practically demonized: no one has done as much for the collapse of domestic industry as this ardent anti-Soviet liberal. At the same time, one must be aware that "Chubais" is not so much a person as a function, the name of a person appointed by the West for dismantling economics USSR, could be any. It should also be mentioned that Anatoly Borisovich continued to engage in his destructive activities, and much later than the "dashing nineties" of Yeltsin, already under Putin, at the head of RAO UES, he destroyed the country's unified energy system and sold it piece by piece to foreigners. Having safely completed this action, he was set to develop domestic "nanotechnology". True, despite the fact that the corporation had "a lot of money", so far these very "nanotechnologies" cannot be seen. Well, no getting used to it, we also have Skolkovo.

It is easy to see that the return of Chubais from the former "national economy" to the big policies coincided with the changes in Washington. The winner of the presidential race was proclaimed Democrat Joe Biden, who made it clear that he intends to restore the former globalist structures destroyed by Trump, for example, the Trans-Pacific Partnership. The revenge of the democrats will have very serious consequences for our country. If Republican Trump was not particularly interested in Russia with its 3% of world GDP, then the globalists are interested in absolutely everything.

Recall that a sharp deterioration in US relations with the Kremlin began during the time of Democrat Barack Obama, and Hillary Clinton apparently developed some kind of personal enmity with President Putin. The formal head of state can now be considered Joe Biden, who is frankly falling into insanity, but in reality the United States will be led by the entire ruling clique of the Democratic Party, which will now take the Kremlin seriously.

It is from this, obviously, that the first task that can be set before Chubais follows. Anatoly Borisovich, who is not unreasonably considered "looking from the West" for Russia, has personal contacts with representatives of the globalist elites. It is quite possible that the issue of the so-called "transit of power" in our country will be resolved through him. The goal of the near-Kremlin oligarchy will be to do this as peacefully as possible, so that power is transferred to the “right” person, and his predecessor can leave without incidents, with guarantees of personal inviolability. The alternative is the "color revolution" in which the American Democrats are adept.

The second task is the hope of domestic oligarchs to agree on the safety of their assets abroad. According to their habit, they spent years withdrawing capital to Western countries, acquiring luxury real estate and other valuable assets there. Now all this can be easily selected, for example, in the UK a special regulatory framework has already been created for such purposes. There is no question of any interests of Russia here at all, Anatoly Borisovich is required to act as a mediator in negotiations on such delicate issues.

That, in fact, is all that can be said about the unexpected "disgrace" of Chubais.
Reporterin Yandex News
Reporterin Yandex Zen
15 comments
Information
Dear reader, to leave comments on the publication, you must sign in.