Indian Kashmir may become next target of Turkish militants 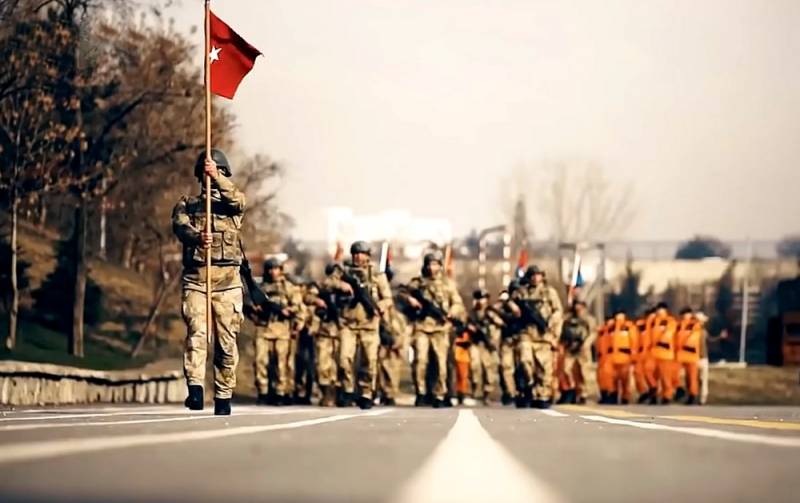 Turkey does not need a dangerous mass of militants at its side, so Ankara is happy to provide assistance to its allies with this “hot commodity”. Jihadists from Syria have already visited Libya and Nagorno-Karabakh. Now Turkish President Recep Tayyip Erdogan has set out to help his friend, Prime Minister of Pakistan Imran Khan, by sending them to Kashmir, the Indian magazine India Today writes.


It should be noted that this became known from the Greek journalist Andreas Mountzuralis, who, in turn, learned the details from his Kurdish informants in Syria. Thus, all sources of information do not have warm feelings for Ankara and this must be taken into account. At the same time, Turkish Ambassador to New Delhi Shakir Ozkan Torunlar has already stated that "these reports are groundless and false."

However, the information presented is of interest, because Ankara does not stop trying to spread its influence in the Muslim world in general and in South Asia in particular. In addition, it is known that part of the mercenaries who fought in Nagorno-Karabakh on the side of Baku flew there from Afghanistan and Pakistan. Now they are returning back and no one is stopping the Turks from sending Syrian militants with them. Therefore, it is likely that their next target may be Indian Kashmir, which Pakistan claims.

The Kurds reported that the commander of the Suleiman Shah group (part of the Syrian National Army) Abu Amsa told his subordinates in Afrin (a region where Kurds live compactly) that "Turkey wants to strengthen Kashmir." He invited everyone who wants to go to this mountainous region to inform him about this so that he would pass the list to the Turks. At the same time, he added that Turkish officers made a similar request to all commanders of the SNA. All volunteers are guaranteed a salary of $ 2 thousand per month, the publication concluded.

Note that according to the Syrian Observatory for Human Rights (SOHR), which is located in London, about 900 militants returned from Azerbaijan to Syria, as Turkey was unable to keep them there. But Ankara brought about 2 thousand militants from Syria to Transcaucasia, therefore, more than 1 thousand are still "guests" in this region.
Reporterin Yandex News
Reporterin Yandex Zen
4 comments
Information
Dear reader, to leave comments on the publication, you must sign in.