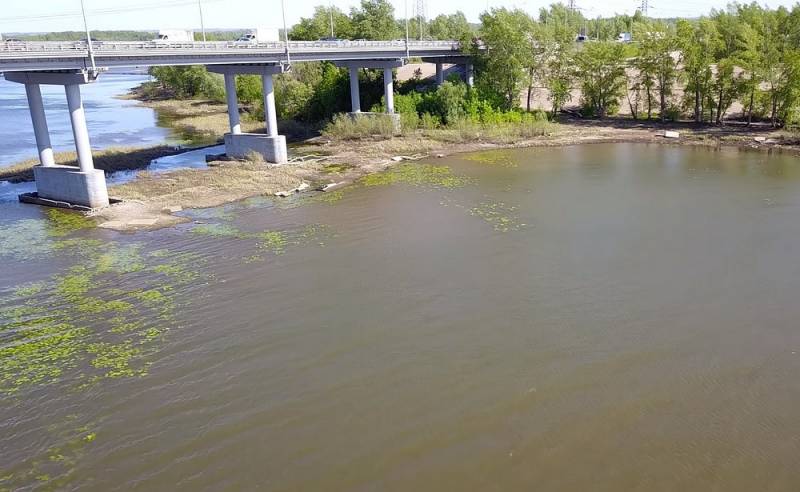 The Volga, the largest river in Europe, has turned from Russia's national treasure into its misfortune. If last year the Volga became disastrously shallow, now it can quite officially be considered a gutter. The river water is not drinkable, and the fish are almost gone. According to the Accounts Chamber, most of the reservoirs and watercourses of the Volga are classified as “dirty” or “polluted”.


To understand the scale of the disaster, it is necessary to recall that half of Russia's agricultural production, 45% of the national industry, and 40% of the country's population live in the great river basin. 6 million tons of cargo is transported along the Volga annually. 70 species of fish are under the threat of extinction due to the appalling state of water, of which 40 belong to the category of commercial fish. Who is to blame and what to do?

If we evaluate the problem in retrospect, it turns out that the Volga fell victim to market transformations. Since the Soviet period, it has been customary for us to take into account the state of the river on the basis of data on discharges of industrial enterprises into it. After passing into the hands of "effective owners" the factories began to pour their raw waste into the Volga around the clock. Why spend money on it, if you can not spend money, right? It cannot be said that the authorities did nothing to combat this phenomenon.

From the second half of the nineties to the beginning of the two thousandth, a special program “Revival of the Volga” was in operation. Wastewater treatment modernization was carried out, the construction of factories and settlements on its banks, but this was clearly not enough, and a new program had to be introduced. Why then?

At first, as experts point out, the measures taken can only give a result in a complex. For some reason, the efforts of officials are concentrated only in the Middle Volga, out of 40 regions located in its basin, only 16 participate in the program. But you need to clean both the Upper Volga and the river mouth, right?

SecondlyFor some reason, the fight is only against industrial discharges, but by now this is far from the main factor of pollution. Environmentalists argue that liquid diffuse runoff (chemicals and fertilizers), which seeps into the water from the soil of agricultural land, where "aggressive" land use is carried out, is much more dangerous for the Volga. In addition, storm runoffs from cities, which collect various oil products, phenols, compounds of iron, zinc, manganese, copper from streets, gas stations, parking lots, cafes and restaurants, cause huge harm. The authorities prefer to go the simplest way and deal not with liquid waste, but with solid household waste. This is good, but not enough.

Thirdly, the fish population, in addition to the appalling quality of water and pollution of channels-fish passages, which are not cleared all, are extremely negatively affected by the activities of fishing cooperatives. Having received plots for fishery, they practically uncontrollably rake out all river animals from them with nets, exceeding all the established limits. The result is an abnormal lack of fish for the Volga.

At last, there are legitimate questions to local officials responsible for environmental protection. So, according to the Accounts Chamber, in Volgograd, the profile committee on ecology spent 8,6 million rubles allocated for the clearing of water bodies on the purchase of new furniture, cleaning the premises, staff salaries and the purchase of a domestic-assembled SUV. This is necessary, of course, but it should not be done at the expense of earmarked funds, right?

If everything continues in the same spirit, the Volga will soon finally turn into a great sewer.
Ctrl Enter
Noticed oshЫbku Highlight text and press. Ctrl + Enter
We are
Peace enforcement operation. Russia inflicts a preemptive strike on Kiev
Three years left: Ukraine will be sold in parts
Reporterin Yandex News
Read Reporterin Google News
Ad
The publication is looking for authors in the news and analytical departments. Requirements for applicants: literacy, responsibility, efficiency, inexhaustible creative energy, experience in copywriting or journalism, the ability to quickly analyze text and check facts, write concisely and interestingly on political and economic topics. The work is paid. Contact: [email protected]
26 comments
Information
Dear reader, to leave comments on the publication, you must sign in.