"End of History". Why did the authorities abandon the bridge to Sakhalin 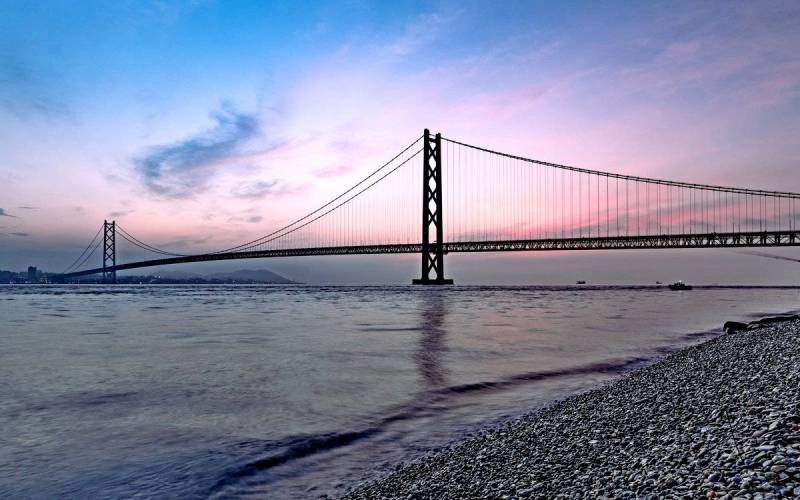 “The end of story”, - with these words Sergey Ivanov, the special envoy of the President of Russia for environmental protection, ecology and transport, ended the story of the Sakhalin Bridge that had not begun. So is this bridge really needed, and what arguments should be followed when making a decision?


The idea to connect Sakhalin Island and the continental part of the Russian Far East arose a long time ago. Options for building a bridge, a dam and even an underwater tunnel have been proposed. The successful launch of the Crimean Bridge gave rise to talk again about another potential megaproject, Mr. Ivanov explained:

So, they say, Crimea was connected, now Sakhalin would not hurt.
At first, both regional and federal authorities strongly supported the construction, but now political the winds in Moscow suddenly changed their direction. What has changed? If we summarize what was said by the special representative of the president, then the main arguments against the Sakhalin Bridge will be the following:

At first, for "economic payback »of the bridge crossing there is not a sufficient flow of goods.

SecondlyFor some reason, the official is clearly frightened by the need to lay 536 kilometers of railroad tracks in the "deserted taiga." And this supposedly "pointless work" will cost more than the bridge.

Thirdly, between the lines you can read the Kremlin's message to the Far East that "there is no money."

What I would like to say about this. On the one hand, yes, if we consider the Sakhalin Bridge as a business project, then its recoupment is not visible in the foreseeable future. And money, yes, now it is not enough, in the "fat years" somehow hands did not reach, they preferred to invest more in American Treasuries than in their own infrastructure. On the other hand, is it really possible to approach the development of a country from the point of view of an accountant with a calculator? Well, then you have to be consistent and rethink a lot more, right?

First of all, the construction of a bridge and half a thousand kilometers of railway tracks in the Khabarovsk Territory along the "deserted taiga" will increase the transport connectivity of Russia. Residents of Sakhalin will cease to live like “on an island” in every sense of the word. During storms, the port stops working and supply problems begin. For example, gasoline is imported there, you cannot deliver it in sufficient quantity by plane, there is nothing to talk about.

Further, it is rather strange to listen to the complaints of officials that there is not enough traffic. And where does he come from? I would like to ask Mr. Ivanov, is there some causal relationship between the “deserted taiga” and the absence of a railway and work in it? Maybe first it is necessary to invest in infrastructure and roads, and after them the rest of the economy will catch up? Local contractors will receive orders, new jobs will appear, which will positively affect the state of the depressed Far Eastern region. Sakhalin and the Far East as a whole are the most beautiful places, the simplification of transport accessibility with them will become an incentive for the development of tourism. As it turned out recently, even fashionable surfing is actively practiced there.

Infrastructure development, construction of bridges, airfields and other things are not business projects with immediate impact, as "effective officials" see it, but a direct responsibility of the state to its population. “The end of story” - it somehow sounded very symbolic. And if not on a bridge that will connect the Russian Far East into a single transport network, then where should the saved funds be spent? Some other pipeline?
Reporterin Yandex News
Reporterin Yandex Zen
26 comments
Information
Dear reader, to leave comments on the publication, you must sign in.