What is behind Russia's desire to abandon the ISS 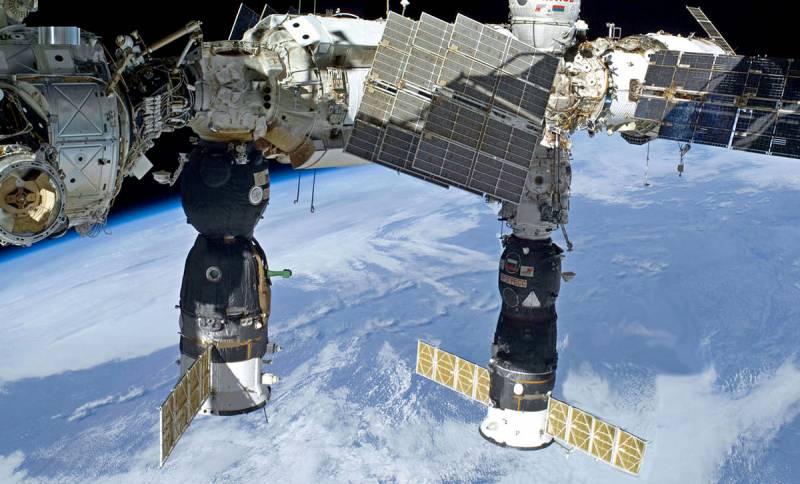 The intentions announced by Roscosmos and representatives of the Energia rocket and space corporation to abandon the operation of the International Space Station are discussed today mainly with economic and a scientific point of view. Those who raise the question of whether the prospect of creating a certain analogue of the ISS on our own, without involving any foreign partners, is real for our country, no doubt, are right.


However, speaking about the feasibility of such extremely complex and costly programs, one must not forget that their implementation may well turn into a question of Russia's survival, and in the most literal sense of the word. In order to understand this, it is worth touching upon a slightly different aspect of our space future - the military.

It's not just money

As the main reason for the alleged withdrawal of our country from this space project, the same General Director of Energia, Vladimir Solovyov, voices the "excessive" costs for it. At the same time, he cites a specific figure of 10-15 billion rubles, which, of course, is impressive. Generally speaking, the ISS is considered an international business, however, the United States and Russia bear the lion's share of the costs and the main burdens for its technical support. At the same time, there is, let's say, a certain imbalance - the number of ISS modules belonging to the American segment is exactly twice the number of domestic ones (10 versus 5). At the same time, the "jurisdiction" of the United States includes, for example, the Japanese "Kibo" or "Columbus" - a module of the European Space Agency. However, in order to understand how much economy is actually in the ISS, and how much policy, you should definitely go back to the moment when it was created. As a matter of fact, the USSR then had Mir in orbit - already much "out of service" from its original service life, but still quite efficient.

The USA had nothing comparable - only space ambitions. There, I remember, they were going to build a "purely American" orbital station with a pretentious name Freedom. Well, it’s not that completely “clean” - they wanted to involve Canadians, Europeans and even Japanese in the project. However, having calculated the upcoming costs, Washington was horrified. Moreover, the Americans' lack of real experience in such matters made it possible that completely unimaginable sums would also be wasted. It was then that they remembered about Russia. It was in the early 90s, the Soviet Union no longer existed, and our country was "ruled" by the most sincere friends of the United States. Why not?

A huge role here was played by the fact that the Zarya module, built in our country, but with American money, cost NASA almost half as much as if it had been created in the United States itself ($ 250 million against the planned 450). The same story happened with the "throwing" of the ISS components into space. In 1998, our Proton-K launched Zarya into orbit at a cost of $ 65 million. Transportation along the same route of the American Unity on the Endeavor shuttle was almost ten times more expensive - the event cost $ 570 million. Nevertheless, back in 1993, when the issue of future space cooperation with the Russians was discussed in the US Senate, the most heated discussions were conducted around it - the corresponding bill was passed with a margin of only one vote! Since then, it is clear that the attitude towards our country, both on Capitol Hill and in the White House, has changed quite significantly - and far from for the better. It is because of this that the first conversations about a "space divorce" with the Americans sounded from Dmitry Rogozin, who was then Deputy Prime Minister back in 2014, after sanctions rained down on Russia for the reunification of Crimea with it and "interference in the affairs of Ukraine. ".

If anyone forgot, Mr. Rogozin even then threatened to leave the "partners" without components for rocket engines and force them to use the notorious trampoline ... The trampoline did not reach - thanks to Elon Musk, although, as far as we know, NASA until recently intended to use the services "Roskosmos", as cheaper, but relations between the countries all this time continued to deteriorate rapidly. And now, it looks like the ISS, which served as one of the most important symbols of Russian-American cooperation that began after the collapse of the USSR and the end of the Cold War, will become one of the victims of this deterioration and the impending era of a new confrontation between the superpowers. Now - and in space.

Space: instead of cooperation - the battlefield

Is it worth continuing to make a "good face" in the face of not only a bad, but a very bad "game", continuing to work together with the country making more and more efforts to "strangle" the domestic space industry as such? Not so long ago it became known that in the depths of the US state apparatus, a draft of a new package of restrictions has already matured, directed against both China and our country. Under the next sanctions, in particular, should fall about 30 domestic government agencies, departments and companies. The blow is being struck, first of all, at the aircraft industry and at least two subsidiaries of Roskosmos. Rosatom is also not ignored. Well, after that, what is the point in "cooperation" with such "partners"?

However, even if the decision mentioned above (it has not yet been officially adopted, but, as far as we know, it has very high chances of being implemented), the question of further joint "exploration of peaceful space" with those who see us as a target today # 1 looks more than controversial. Especially when you consider that outer space is rapidly ceasing to be peaceful - and precisely at the suggestion of the Americans. Let me remind you that it was the United States during the presidency of Donald Trump that sharply spurred the process of his militarization. The creation in the structure of the United States armed forces not only of the Space Command, but of a new (sixth in a row) space branch at the end of 2019 was by no means an empty declaration. Already on October 21 of this year, it was announced that the first of their three governing bodies, the Space Operations Command (SpOC), had entered service. Its headquarters, led by Lieutenant General Stephen Whiting, is located at Peterson AFB in Colorado.

This headquarters, as its name implies, is responsible for planning and supporting combat operations in near-earth space. Next in line are two more field commands. One will be responsible for the development, production and maintenance of weapons for space wars, while the other will be responsible for training appropriate specialists for them. Everything is more than serious, as we see. In addition, the US allies are not at all going to stay away from the military space race, joining it one after another. Great Britain and France have already announced the creation of their own Space Forces. At the same time, the British, with their characteristic "modesty", declare their intention to "become a global leader in space", specifying at the same time that they see their main task as "confronting Russia" even outside our planet. The French are not yet eager to become leaders and only talk about a "space defense strategy", but at the same time they do not hide the accelerated development of such things as orbital weapons systems and combat lasers.

Moreover, at an online meeting of NATO defense ministers on October 22 of this year, it was decided that the North Atlantic Alliance would create its own military space center. It will be located at the Ramstein airbase, where the Alliance Air Force command is located today. This is consistent with the logic of NATO's military space strategy adopted last year, in which the near-earth space is directly declared its "sphere of operational activity." Russia, willy-nilly, will have to act in the new realities that are being imposed on us. Otherwise, we will simply be kicked out of space, excuse the expression. And in the literal sense of the word.

The Chief of Staff of the RAF, Air Chief Marshal Sir Mike Wigston, during a space defense conference held just last week, bluntly stated that the future global armed conflict is likely to "originate on Earth", but at the same time " very quickly it will be transferred to near-earth space. " It was there, in the opinion of the marshal, in fact, that "his final outcome will be decided." What do we end up with?

Alas, Russia simply does not have the funds to continue to engage in peaceful research, and even in a company with the most likely potential enemy, while simultaneously building up its own defense potential in the space industry. The ISS, of course, is a pity - after all, not only work has been invested in it, but it can be said, the soul of several generations of domestic scientists, developers, testers, and masters of high-tech industries. Nevertheless, the creation of its own plant, about which "dual purpose" is already being discussed quite openly in Energia today, is becoming at the current stage one of the top priority issues of national security, as well as the "finishing" and implementation of other promising developments ... Such, for example, as declared by "Roscosmos" creation of a "space tug" on nuclear power.

It is clear that neither Americans nor Europeans should be allowed to approach such projects under any circumstances and for any money. Chinese comrades? Well, these are not very eager to share their secrets with us - both the military and technical... However, at least ad hoc cooperation between Moscow and Beijing in the space industry is possible. At least due to the fact that both of our countries see both the United States and NATO as their main enemies in orbit. To our great regret, despite all the declarations proclaimed for decades and years that there is no place for weapons and confrontation in near-earth space, it will no longer be peaceful. This is not the fault of our country, however, we also cannot afford to ignore this fact on the principle of "maybe it will carry it through". If space is destined to become a new arena of confrontation between Russia and the West, we must be fully prepared for it.
Reporterin Yandex News
Reporterin Yandex Zen
29 comments
Information
Dear reader, to leave comments on the publication, you must sign in.