The invasion of the Russian Arctic is not far off: the first US ship tested Russia for strength 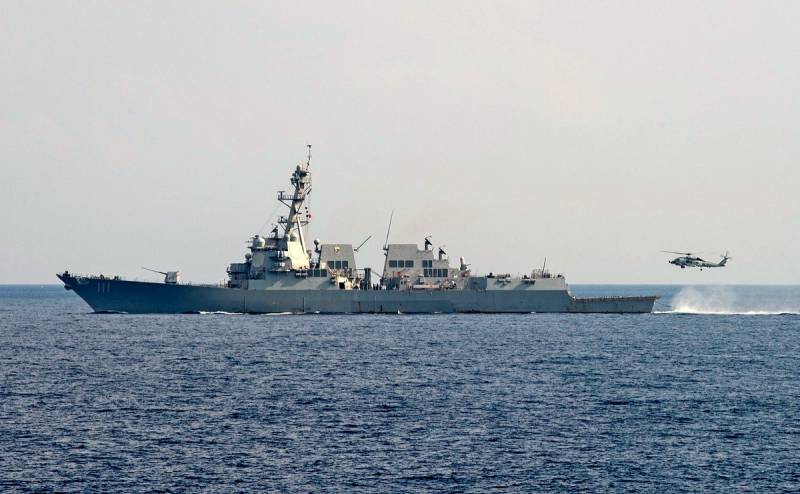 The day before, a rather dangerous incident took place in the Sea of ​​Japan, which will have far-reaching consequences. The US Navy destroyer "John McCain" defiantly violated the Russian sea borders and proudly retired only after a large anti-submarine ship of the Russian Navy came out to meet him. The problem is that the Americans themselves do not consider themselves to be violators and therefore will undoubtedly return again. Who is right in this situation, and how should you react to such intruders?


This territorial problem has two dimensions: legal and geopolitical. The press service of the US Seventh Fleet commented on the incident:

This freedom of navigation operation protects the rights, freedoms and lawful use of the sea recognized in international law, challenging Russia's excessive maritime claims.
Peter the Great Bay is the largest bay on the Russian coast on the Sea of ​​Japan. It contains Vladivostok, Nakhodka, Bolshoy Kamen, and Vostochny port. In accordance with its geographical location, historical and defensive significance, the USSR recognized the bay as belonging to the category of historical. This means that the sovereignty of the Soviet Union and the Russian Federation as its legal successor fully extends to its waters, and there is no right of innocent passage for foreign ships. Historic bays include, for example, Bristol in the UK, Chesapeake in the USA, Hudson in Canada, and Peter the Great in Russia. But there is one important nuance.


In accordance with the UN Convention on the Law of the Sea, a bay can be considered a historic bay if the width of the entrance to it does not exceed 24 nautical miles, and at Peter the Great Bay the distance from one coast to the other at the entrance is 102 miles. Most countries during the Cold War recognized the USSR's special rights to this water area, but not the USA, Tokyo, France and Great Britain. These states believe that their civilian ships have the right of innocent passage through the bay, and under certain conditions - and combat. True, it should be borne in mind that Washington itself has not ratified the aforementioned Convention, but for some reason it refers to it and demands its implementation from everyone else.

It turns out a kind of legal conflict that was frozen while the USSR existed. Its military-industrial power allowed the Kremlin then to carry out a completely sovereign policies and by force to drive out uninvited guests, sending everyone in the "forest" with their claims. For example, in 1988, two Soviet patrol ships, the Selfless and the SKR-6, literally squeezed the American cruiser Yorktown and the destroyer Caron out of our territorial waters in the Black Sea.

On February 12 of that year, they violated the sea borders of the USSR. Our ships were sailing in a parallel course, and then "Selfless" carried out a bulk on the American cruiser at an angle of 30%, damaging its hull, "SKR-6" also "shuffled" on board the "Caron". Further, "Selfless" repeated the bulk, increasing the damage that led to a fire on the cruiser. The captain of the patrol warned that he would continue if the Americans did not get out, but they did not understand well and tried to take the patrol in pincers. The Soviet ship demonstratively loaded its rocket launchers, and in response, the Yorktown began preparing helicopters for takeoff. Our team warned that these "turntables" would be shot down as violators of Soviet airspace and called in naval aviation for clarity. Having ascertained the seriousness of the intentions of the Soviet sailors, the cruiser and destroyer of the US Navy withdrew, while the Yorktown had to be put on a three-month repair due to severe damage.

Note that the Third World Nuclear War with the United States did not start because of this, and the brave commander of the "Selfless" was awarded the Order of the Red Star. However, the United States fears the Russian Federation far from the same as the Soviet Union did in its time, and does not consider the Kremlin's territorial claims to the Peter the Great Gulf justified. Two years ago, the first American "vulture" flew in: the destroyer McCampbell approached the waters contested by Washington by less than 100 kilometers. Now the destroyer John McCain, named after the late prominent Russophobe, has violated the border.

What will happen next? The next step is the visit of the US Navy to the Arctic, where Washington is showing great interest in the Northern Sea Route. Peaceful traders will go first, followed by surface warships, all within the framework of the principle of free navigation. The Americans are already building their own icebreakers, and training crews to operate in extreme climatic conditions. The revision of the spheres of influence is just beginning, the invasion of the Russian Arctic is just around the corner.
Reporterin Yandex News
Reporterin Yandex Zen
15 comments
Information
Dear reader, to leave comments on the publication, you must sign in.