Russian electric car for a million rubles goes into series 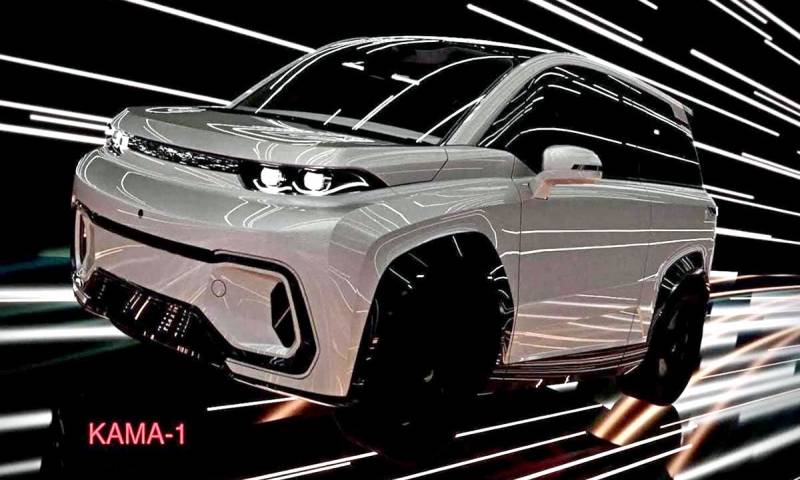 Domestic electric smart crossover economy class "Kama-1" may go into production next year. According to the deputy head of the center "New production Technology"NTI SPbPU Oleg Klyavin, the enterprise together with the KamAZ company managed to create a full-fledged electric passenger car, focused on the mass market, report "News".


The dimensions of "Kama-1" are 3,4x1,7 meters. The car is designed for four passengers. There is a fairly roomy luggage compartment.

The range of the Russian electric vehicle on a single charge is up to 300 km. At the same time, the car is able to withstand extreme frost down to -50 degrees Celsius and reach speeds of up to 150 km / h.

According to the manufacturer, it will take only 33 minutes to charge a 70 kW * h battery to 80-20%. The engine of the domestic brainchild is guaranteed to start at a temperature of at least -15 degrees Celsius (despite the possibility of using it at -50 ° C).

The cost of "Kama-1" in the basic configuration will be about 1 million rubles. For an additional fee, you can get a version with a built-in smart assistant.

However, taking into account the 25% discount announced by the government on Russian-made electric vehicles, you can significantly save on the purchase of a smart crossover.
Reporterin Yandex News
Reporterin Yandex Zen
6 comments
Information
Dear reader, to leave comments on the publication, you must sign in.