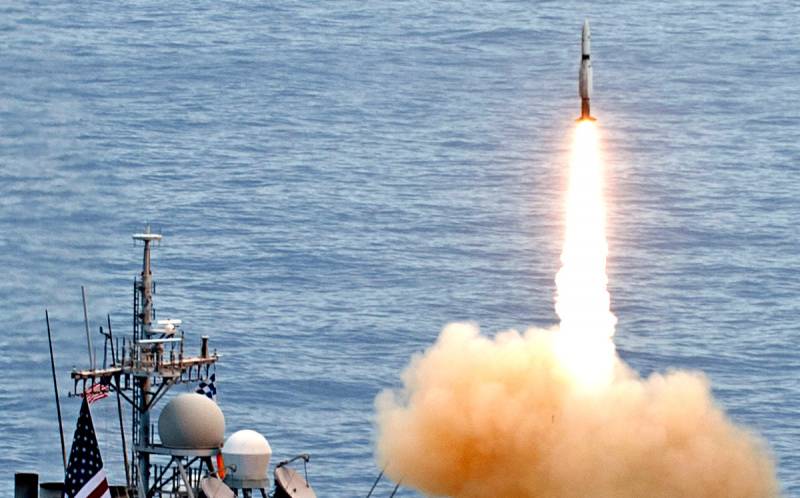 The Missile Defense Agency (MDA) and the US Navy have tested the new Raytheon Standard Missile-3 Block IIA anti-missile missile, which has successfully hit a "representative" model of an intercontinental ballistic missile, writes the American magazine Forbes.


Testing was conducted on November 16, 2020 by USS John Finn (DDG-113) in the Pacific Ocean. The target was not a real ICBM, and the real one would probably be much more difficult to intercept.

MDA launched MBR from Kwajalein Atoll (Marshall Islands). Two satellites in orbit watched what was happening. The destroyer, halfway between the Hawaiian Islands and the US East Coast, launched one SM-3 Block IIA. It entered the upper atmosphere, then the launch vehicle separated, and the warhead rushed to the target.


However, even such partially realistic tests can have serious consequences. Countries with strategic potential have been holding each other back for decades, maintaining the ability of mutual destruction. And if one of them can stop the intercontinental missiles of the other, then the balance will come to an end.

Therefore, Washington's actions will in any case not go unnoticed by other nuclear powers. The US needs to prepare for trouble from Russia and China. Another arms race is likely to begin, since no one wants to remain vulnerable.

This testing makes it extremely difficult to limit missile defense in an arms control agreement
Said Jeffrey Lewis, a nuclear safety expert at the Middlebury Institute for International Studies in Monterey.

For China, this is already a problem to some extent. As for Russia, its possibilities of response are assessed as very serious
Said Hans Christensen, a missile expert with the Federation of American Scientists in Washington.

The widespread deployment of the US Navy's missile defense system will fuel the dynamics of the ongoing competition among the three largest military powers
Christensen added.

MDA already has several dozen ground-based interceptor missiles in Alaska and California. How Washington intends to destabilize the nuclear balance between the United States, Moscow and Beijing will largely depend on the number of deployed interceptors on Navy ships.
Reporterin Yandex News
Reporterin Yandex Zen
3 comments
Information
Dear reader, to leave comments on the publication, you must sign in.