"Keys to Africa". Russia regains its presence in the oceans 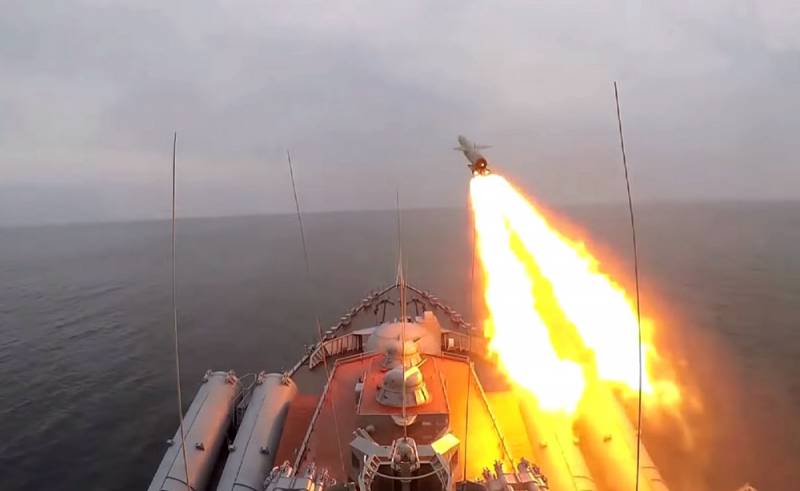 I have a bad news for all enemies of the Russian Federation - Russia is returning its presence in the World Ocean, in particular on the Black Continent.


On November 6, the Russian government approved a draft agreement with the Republic of Sudan on the creation of a PMTO (logistics center) of the Russian Navy on its territory. The document was published on the portal of legal information. The agreement assumes that Sudan will provide land free of charge for the Russian base. At the point of the Navy, Russia will be able to place no more than four ships, including those with a nuclear power plant. The number of military personnel at the base should not exceed 300 people. Also, under the agreement, Russia will receive the right to import and export through the seaports and airfields of Sudan "any weapons, ammunition, equipment" necessary for the operation of the base and "for the performance of tasks by warships."

Sudan, according to the document, will not collect import and export duties and taxes. The agreement establishes that Russian warships based in Sudan are inviolable, they have immunity from inspection, search and arrest. The external border protection of the PMTO will be carried out by the Sudanese side. Russia, in turn, will ensure the protection of the borders of the base's water area, its air defense, as well as internal security and maintenance of law and order on the territory of the base. According to preliminary data, the agreement is designed for 25 years with a further possibility of extension for another 10 years.

On November 11, Russian President Vladimir Putin approved the proposal of the Cabinet of Ministers and instructed the Ministry of Defense to sign it on behalf of the Russian Federation with the authorities of this country. The agreement is about a deep-water port near the city of Port Sudan, where the authorities of this country provide the Russian Federation with a land plot to carry out work to modernize its infrastructure for the needs of the Russian fleet. This facility, according to the plans of the Russian Navy, will be used for repairs, resupply and rest of the crew members of Russian warships. In addition, the new PMTO, in addition to the traditional task of displaying the flag and maintenance of ships in the far sea zone, is also designed to solve the problem of a military presence in a terrorist and pirate-prone region to maintain safe commercial shipping.

And the last point is the most important, given the location of the PMTO. All traffic that goes through the Strait of Aden to the Suez Canal and in the opposite direction will now pass by it - tankers, cabin boys, dry cargo ships, cruises. Suez and the Straits - true vintage imperialism. For those who are poorly versed in maps, I advise you to open them and try, at least mentally, to sail from the oil ports of Saudi Arabia and other oil-producing countries of the Gulf to the prospective markets. Traditionally, these are the EU and the USA. And it turns out that all this splendor, in order not to float across Africa from the south, is forced, having filtered through the 26-kilometer neck of the Bab-el-Mandeb Strait, head to Suez to bow to the Egyptian princes just past our base. And very many players in the oil market have more than once had a desire to block or interfere with this traffic, which immediately affected oil prices (naturally, in a big way). Now we can play this violin too.

Opinions differed regarding the fight against sea pirates. The fact is that our base will be located far enough from the pirate-dangerous area, and its main task is still to control the Mediterranean and Red Seas and the exit of our fleet, which was previously locked in the North and the Baltic, into the Indian Ocean (the Pacific Fleet and Black Sea Fleet are still there could fall without a transatlantic crossing, and for the Baltic Fleet and the Northern Fleet it was already costly). The American, Chinese, French and Japanese military bases located in Djibouti at the exit from the Bab-el-Mandeb Strait did not bring a radical change in the fight against pirates. This is not surprising, since it is not the business of the ships of the 1st and 2nd ranks to chase trough-sized vessels, and small vessels suitable for this will not reach there on their own. Therefore, we will leave the fight against pirates of the 21st century to filmmakers, and our sailors will do a few other things.

Among others, they will have to ensure our interests not only in the Indian Ocean and nearby seas, but also in the entire Black Continent, since this PTMO, purely geographically, should become the key to all of Central Africa, where Russia also has its own interests (including in the Central African Republic, Republic of the Congo and Democratic Republic of the Congo). In October 2019, the President of the Central African Republic, Faustin-Archange Touadera, announced that the authorities were considering creating a Russian military base. “We are continuing to work with the national defense ministry and the Russian defense ministry on this issue to explore possibilities,” he said. But while the CAR is thinking, Sudan has already thought up (it took him 3 years and the work begun by President Omar al-Bashid, who was ousted in 2019, was finished by the new ruler of Sudan, Abdel Fattah al-Burkhan, who worked as Minister of Defense under the former "dictator") ...

From the plans of the Ministry of Defense of the Russian Federation to deploy this military base, it can be concluded that the facility will be almost an exact copy of the PMTO in Tartus, built in Syria. The port deepening works, a five-echelon security system and an international airport a few kilometers from the port are ideal for accommodating not only warships, but also an air group with combat aircraft. True, the final decision on the use of Sudanese airspace, as well as the agreement on the deployment of an air base similar to the Syrian Khmeimim, has not yet been made and is under discussion.

But from what is known, it can be assumed that the object may turn out to be larger than the material support point in Tartus. If you carefully study the draft agreement with Sudan, you can see that, taking into account the depths in this area and the likely work on the preparation of the port, even the heavy nuclear missile cruiser "Peter the Great" or the aircraft-carrying cruiser "Admiral Kuznetsov" ( when it leaves the dock after overhaul to replace the power plant), I am already silent about the nuclear submarines of all projects, if necessary, they can also be serviced there.

From all of the above, it is clear that the Russian Federation is expanding its presence in the World Ocean and is regaining the status of a great maritime power, lost after the collapse of the Union.
Reporterin Yandex News
Reporterin Yandex Zen
18 comments
Information
Dear reader, to leave comments on the publication, you must sign in.