Turkey has agreed to the third power unit of the nuclear power plant, which is being built by Rosatom 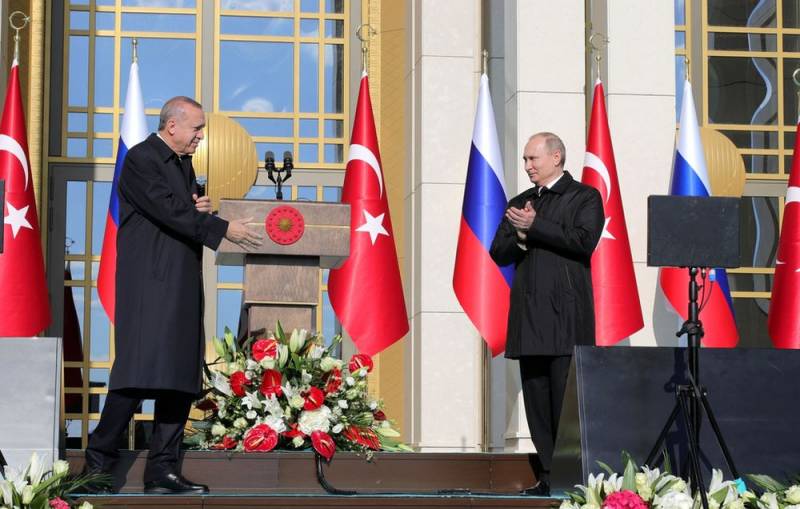 Ankara has agreed to build the third power unit of the Akkuyu NPP. According to the message of the Ministry of Energy and Natural Resources of Turkey, published on the official Twitter account, the corresponding license has been issued.


The ministry clarified that the solemn launch of the first power unit will take place on the 100th anniversary of Turkey in 2023. At the same time, he assured that the country's energy diversification will continue.

It should be noted that before that, Akkuyu Nuclear JSC (owned by the state corporation Rosatom) informed the public that the “heart” of the first power unit, the reactor vessel, was brought to the construction site. It was clarified that four steam generators had been delivered shortly before. Work at the facility is very active and part of the main structures have already been mounted at the first power unit - the second tier of the inner containment shell, the console truss and the support truss, the melt localization device and the dry protection of the reactor are installed in the design position.

The body, complete with thrust and support rings, covered almost 3 thousand km on the road from Atommash (a branch of AEM-Technology", Which is part of JSC Atomenergomash - the machine-building division of Rosatom - ed.) In Volgodonsk, to the site of the Akkuyu NPP
- said the director of the NPP Sergei Butskikh.

The Akkuyu NPP will be the first of its kind in Turkey and the first build-own-operate project in the world. An agreement to build a nuclear power plant on the southern coast of Turkey was signed in 2010. It is assumed that the nuclear power plant will consist of four power units, and its cost will be about $ 22 billion. It meets all the requirements of the international nuclear community. Generation 1200+ VVER-3 reactors will be installed on it, so the total nuclear power plant capacity will be 4800 MW. The commissioning of the second power unit is scheduled for 2024.

In addition, a delegation of the Nuclear Safety Council under Turkish President Recep Tayyip Erdogan, headed by its head Zafer Demirjan, paid a technical visit to the above-mentioned Volgodonsk branch of AEM-Technologies JSC. This was announced on November 17, 2020 by the state corporation Rosatom.
Ctrl Enter
Noticed oshЫbku Highlight text and press. Ctrl + Enter
Reporterin Yandex News
Reporterin Yandex Zen
5 comments
Information
Dear reader, to leave comments on the publication, you must sign in.