Creation of RCEP: China itself begins to dictate the rules of world trade 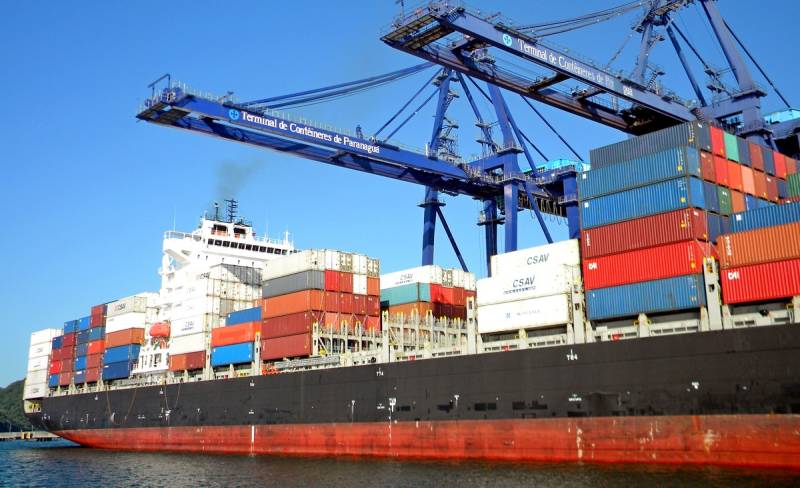 The United States is sinking deeper into political crisis caused by the revealed massive fraud in the presidential elections. A direct consequence of the internal discord of the "hegemon", which is closely watched by the whole world, is that yesterday's allies are beginning to switch to its direct competitor, China.


On the eve of the PRC, together with 14 other countries signed the Free Trade Agreement "Comprehensive Regional economic partnership "(RCEP). In accordance with this document, in the next two decades between its participants, duties on imported goods and products in the field of intellectual property and telecommunications, Internet commerce, financial and other professional services will be canceled or reduced. The aggregate GDP of these 15 states is 1/3 of the global one, and they also account for about 3 billion potential consumers.

It is clear that the main beneficiary of this agreement is China, which has the strongest and most industrialized economy. In addition to him, it includes Vietnam, Brunei, the Philippines, Malaysia, Cambodia, Indonesia, Myanmar, Laos, Thailand and Singapore, that is, members of ASEAN. Most notably, the traditional allies of the United States: Japan, South Korea, Australia and New Zealand have also joined RCEP. And this is already an extremely wake-up call for Washington.

Let us recall that all this is happening against the background of the struggle in the United States of two world order projects. The "globalists" represented by the Democratic Party promoted the concept of two partnerships, the Transatlantic and the Trans-Pacific (TPP). It was assumed that these two economic super-clusters would compete with each other under the strict guidance of the American elites, and their rivalry should become a growth driver for overcoming the impending global crisis and a tool for promoting the interests of Western corporations. At the same time, the Trans-Pacific Partnership was supposed to perform the second function in the form of restraining the development of China, which had no place in this international structure.

Since coming to power, the "imperial" Donald Trump has shown himself as an ardent anti-globalist, first of all, withdrew the United States from both partnerships. The head of the White House approached the advancement of American national interests through trade wars with China and the European Union. At the same time, it was assumed that against the PRC, as the main competitor of the "hegemon", a certain international coalition would be created, which would allow the Celestial Empire to isolate and slow down economic development as much as possible. But it turned out differently.

As you can see, Beijing was able to push through on the rubble of the TPP and create its own macro-regional integration project, where it will set the rules and play the first violin. It is significant that Tokyo, Seoul, Canberra and Wellington preferred to join RCEP. And where should they go? In modern economic realities, it is more important for them to stay on the Chinese market and throughout Southeast Asia than to show themselves as loyal "vassals" of the United States. Without exaggeration, this is a new milestone in world history.

It is no less significant that India and Russia are outside the RCEP framework. New Delhi fears that low tariffs could hurt Indian producers, who will not be able to compete with Chinese. Moscow, on the other hand, has nothing special to offer except traditional raw materials. First, we need to revive the industry and actively develop advanced Technology.
Reporterin Yandex News
Reporterin Yandex Zen
8 comments
Information
Dear reader, to leave comments on the publication, you must sign in.