"Reason to smile": readers of The Drive about the destruction of the Mi-24 in Armenia 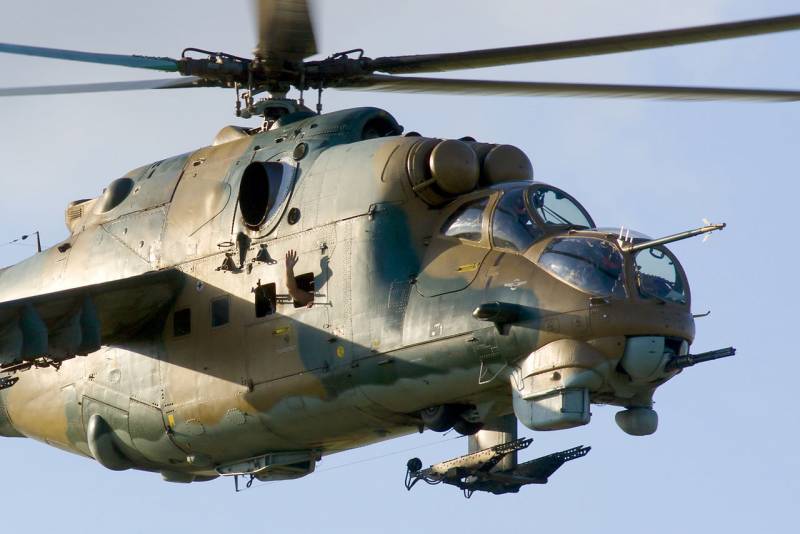 Readers of the popular American resource The Drive responded to the news of the attack by the Azerbaijani armed forces on the Russian-owned Mi-24 helicopter over Armenia. They also touched upon the topic of peace agreements, which were made public immediately after the incident.


A total of 131 comments were left. Some of them are listed below:

Russia intervened and saved what was left of Nagorno-Karabakh
- states M vD.

The Armenian population does not accept the "surrender" very well
- Orb notes, publishing a video from Yerevan.

This was far from a victory for them [the Russians]. They will receive some international points for playing a decisive role in the conclusion of the "peace", but the Turkish proxies have achieved huge territorial conquests, and although Russia, in fact, did not really support Armenia, it certainly gave preference to it.
- supposes the reader under the name Orb.

As already mentioned, Russia had no intentions to fight for the unfriendly [Armenian] government. Azerbaijan is also not seen as hostile to Russia. The only drawback there is the increased influence of Turkey, but this is a kind of compensation for the significant weakening of the US influence in Armenia. The peace accords give Russia a 5-year mandate to maintain peace with Russian peacekeepers in Karabakh, preventing any reorientation of Armenia to the West. In any case, Armenia will now become 100% dependent on Russia for what remains of Karabakh, as well as itself, given the hostile attitude of its neighbors. At the same time, Russian-Azerbaijani business will continue to develop. The collapse of the entire "Velvet Revolution" here was the goal, which will be followed by the expulsion of American non-governmental organizations from Armenia, and this may happen today
- the user with the nickname Mr. T.

The words "Russian Mi-24 shot down" in the title should make everyone smile
- writes AerialImaging.

And where is the reason for smiles? The people in this helicopter could be great guys doing their job. Soldiers die on the battlefield while generals are safe in their offices. In addition, we are not at war with Russia or its people, even if we do not need to mourn their death, but there is no reason for her to rejoice.
- answered him user Xavier1908.

Turkey is not going to stop its ridiculous neo-Ottoman expansion if it is not forced to do so. Let's hope Russia will prevent the inevitable ethnic cleansing that will happen if Azerbaijan / Turkey wins. [...] Turkey in 2020 is similar to Germany in the 1930s and treats Christian Armenians the same way the Nazis viewed Jews
- says Hamalot.

Russia needs to move a large brigade to the border with Azerbaijan as part of "security measures." It is sad that Armenia had to fight alone with countries several times more powerful than her. Although I don’t think that it makes sense for America to bet on someone there, and the UN Security Council should vote to send a contingent of peacekeepers before it gets out of control. Turkey is now considered a bully and wants to intimidate everyone. She must face a much tougher rebuff before she chooses to bite off more than she can chew, provoking a conflict on a scale larger than the present.
- believes BigMeat.

Turkey and Russia are playing the game of "whoever chicken out first" using their proxies. I'm afraid this will end badly for both of them. The only bright spot is that Russia is stuck in the Middle East quagmire and is less prone to gamble elsewhere around the world.
- comments Joe Kliplinger.
Reporterin Yandex News
Reporterin Yandex Zen
9 comments
Information
Dear reader, to leave comments on the publication, you must sign in.