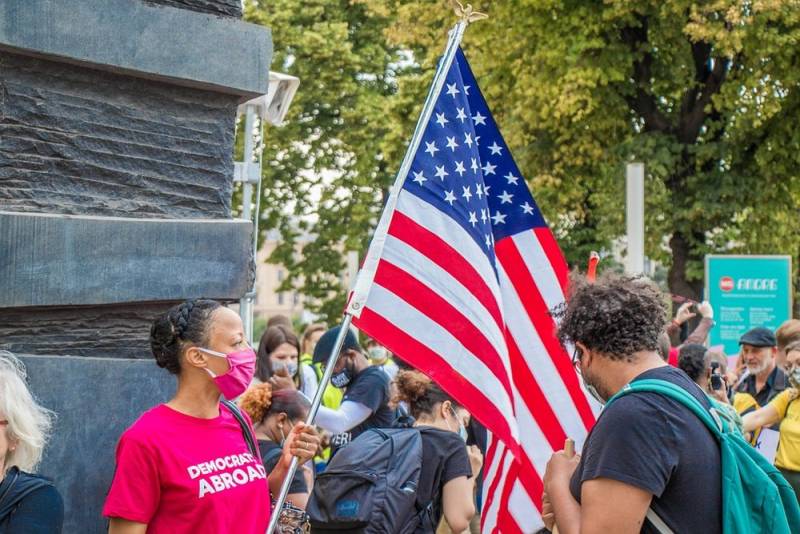 A few hours before the opening of polling stations on the day of the US presidential election, the Russian media circulated an interview with the head of the SVR Sergei Naryshkin. The head of the department that facilitated Russia's interference in the US elections in 2016, barely holding back a smile, made a gloomy prediction about the future of our country, writes Time magazine from the United States.


Naryshkin said that the social crisis in the United States will worsen. It doesn't matter who wins the election, Joe Biden or Donald Trump. The losing side will not accept the loss and this will spur the radicals out into the streets.

There will be a large base for protesting the whole system. This disease, this disease of American society and state will remain
- added Naryshkin.

His words are more meaningful than mere speculation. It looks like a statement of intent. In 2016, the Russians, helping Trump to be elected, aimed to undermine public confidence in the democratic system in the United States. In 2020, Trump himself began to do things that lead to a similar result.

On November 4, 2020, Trump declared himself the winner and demanded that the counting be stopped. The next day, he described the electoral system as flawed and corrupt. Even his party members were outraged by this behavior. Senator Mitt Romney said Trump's actions "are detrimental to the cause of freedom here and around the world."

This is what worries American experts who are specialists in Russia.

Russians now sit and think that they could not even dream of such a thing. Russian intelligence headquarters must already be awarding medals
- said Mark Polymeropoulos.

The joy of the Russians will probably be short-lived. Joe Biden promised that if he wins, he will make all foreign players who tried to interfere in the elections to pay a very high price. At the same time, earlier American officials have already reported that Moscow also interfered in the 2020 elections. Therefore, the Kremlin is most likely concerned about a possible response from Washington.

Oftentimes, Russians plan operations to be noticed. Moscow leaves its fingerprints everywhere on its own
Says Matthew Schmidt of the University of New Haven in Connecticut.

He is confident that by such actions Russia wants to show the weakness of the American system and the possibility of remote control. The main thing is to build confidence in the Americans that the election results may be false.

Russia is scared by the quality of our alliances and, even in the current circumstances, by the quality of our democratic institutions. She is determined to devalue them, and for this purpose she uses her special services
- said the former head of the British intelligence service MI6 Alex Younger.

In his opinion, Russia is drawing attention to its ability to influence the results of elections in the West precisely in order to discredit them.

Therefore, while President Trump makes his loud statements, they can sit in Moscow and enjoy the spectacle, the American publication summed up.
Reporterin Yandex News
Reporterin Yandex Zen
22 comments
Information
Dear reader, to leave comments on the publication, you must sign in.