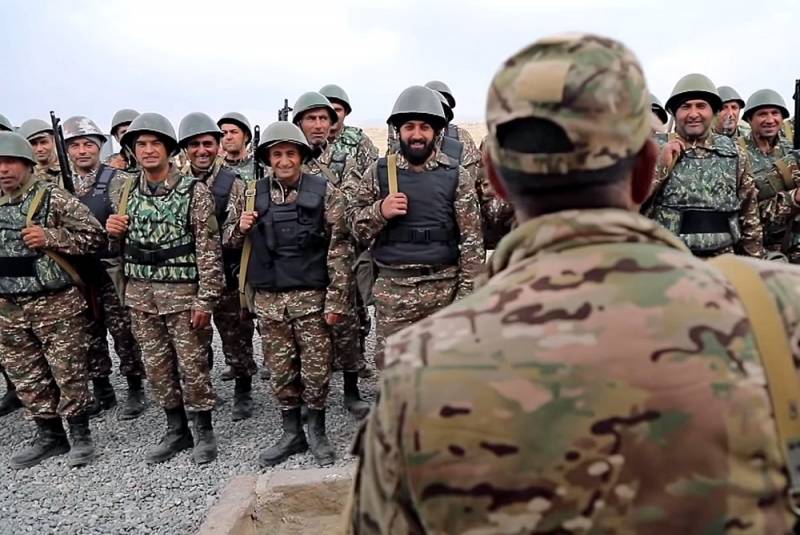 The situation in Nagorno-Karabakh (Artsakh) is frozen in a state of dangerous uncertainty for Armenia. If the Azerbaijani military can finally cut the strategic route Goris - Lachin - Shusha - Stepanakert, the unrecognized republic will be lost for Yerevan, which will be a terrible political defeat for it. Is it possible that Moscow will calmly watch how the dance of winners is dancing in Baku and Ankara?


The Azerbaijani army, with heavy losses, continues to storm the enemy's mountain positions in the direction of Lachin and Martuni. Understanding perfectly well what this threatens them, the Armenians stand there to death. However, the Azerbaijani special forces "Yashma" managed to penetrate into the Avetaranots gorge and even took with them a number of armored vehicles, which allowed them to put under fire control the route connecting Armenia and Karabakh. The case clearly smelled of kerosene. This tactical success was confirmed in Yerevan, forcibly closing certain sections of the road through the Lachin corridor for traffic. The Armenian military claims that they are dealing only with sabotage groups of the enemy, it is reported that one such DRG of 20 fighters was destroyed. They released two of the captured special forces from "Yashma" on their way.

The exit of the Azerbaijani army to the city of Shusha poses no less danger to Artsakh. Taking it under their control, Baku and Ankara will be able to virtually wipe out Stepanakert, which is only a dozen kilometers away. At present Shusha is being shelled by MLRS and subjected to air strikes. The relocation of the Nagorno-Karabakh government to Armenia, as well as the transfer of control of the army by the unrecognized republic to Colonel-General Seyran Ohanyan, the former Minister of Defense of Armenia, who fought for Artsakh back in the 1988-1994 war, testifies to how serious the situation is.

Nagorno-Karabakh is one step away from defeat, which will have extremely difficult political consequences for Armenia and the entire Transcaucasia as a whole. Moscow cannot fail to understand this. Yes, the Russian leadership has bluntly stated that it will not intervene in the conflict as long as it is on the territory of Azerbaijan, recognized by all countries, including Armenia itself. But it would be extremely reckless to allow the Baku-Ankara alliance to completely collapse and humiliate its ally.

Note that the Russian Foreign Ministry constantly talks about the threat posed to the region by the Syrian militants who are being transferred to Karabakh by Turkey. Ministry spokeswoman Maria Zakharova said:

Military experts, representatives of the relevant departments keep this issue under close control. He worries us.
The military successes of Azerbaijan are largely due to the superiority in weapons received from Turkey and Israel. Thanks to strike UAVs that destroyed the flimsy air defense system of Nagorno-Karabakh, Azerbaijanis dominate the air. The supply of the most modern air defense and electronic warfare systems to Armenia, as well as other heavy weapons that could stop the "terrorist threat", could somewhat even out the balance of forces.

The Kremlin will not help to defeat Artsakh, but it is in its power to prevent its complete defeat. Failure to do so would be a big geopolitical mistake. The question is at what stage our leadership will nevertheless decide to intervene in order to stop the advance of the Azerbaijani army in order to politically fix its results.
Ctrl Enter
Noticed oshЫbku Highlight text and press. Ctrl + Enter
We are
"We must beat first": the geopolitical alignment around Russia is continuously deteriorating
Ten "defeats" of Putin
Reporterin Yandex News
Read Reporterin Google News
73 comments
Information
Dear reader, to leave comments on the publication, you must sign in.