Berlin: An explosive situation has developed in the USA 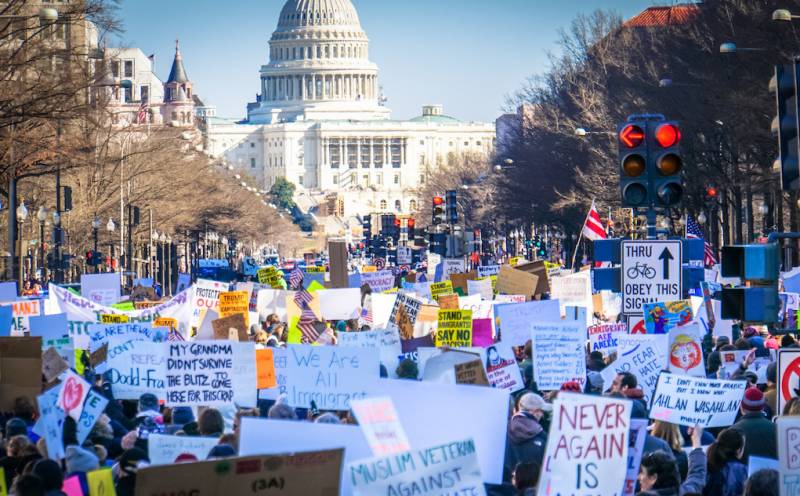 German Defense Minister Annegret Kramp-Karrenbauer believes that an explosive situation is developing in the United States as a result of uncertainty during the American election campaign.

The situation is very explosive. Such a situation, as experts rightly say, could lead to a constitutional crisis in the United States, and this should cause great concern.
- the head of the German defense department expressed her opinion in an interview with ZDF.

So far, Democrat Joseph Biden has 224 electoral votes, while incumbent President of the United States Republican Donald Trump has 213 (270 electoral votes are needed to win the election). Counting of votes continues, both candidates for the highest post are determined to defend their victory in the courts.

At the same time, the official representative of the German parliament, Norbert Röttgen, noted that the German authorities are not ready to work with Trump for another 4 years if he becomes the president of the United States again. Berlin was counting on Biden's complete victory, and the present result came as a complete surprise to the Germans. Röttgen believes that a Democratic president would be more respectful and understanding towards Germany than Trump. According to the representative of the Bundestag, a lot in the world depends on the United States - one cannot do without them when solving global issues, therefore the outcome of the presidential elections in this country is so important for the Germans.
Reporterin Yandex News
Reporterin Yandex Zen
2 comments
Information
Dear reader, to leave comments on the publication, you must sign in.