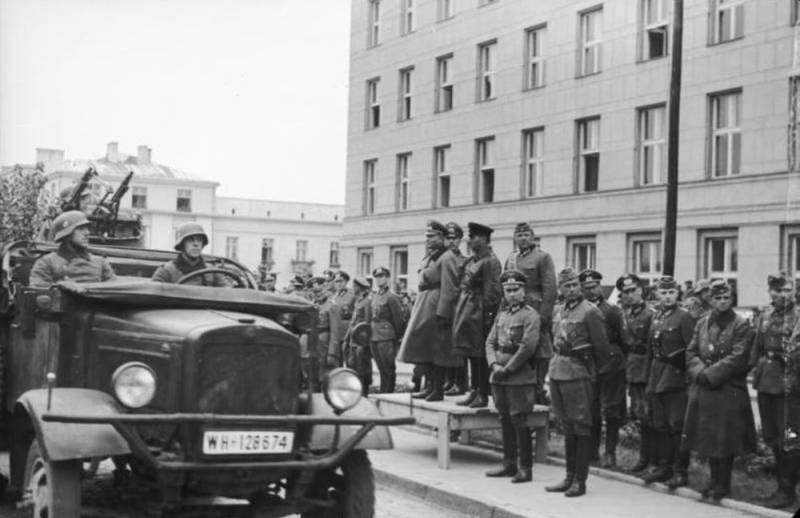 Everyone knows the real history of World War II. Then the Third Reich fought against the Western allies and Moscow, and eventually lost. In an alternative version, we want to find out what would have happened if the USSR had fought on Hitler's side. Could the countries of the Nazi bloc with the help of the Soviet superpower win, they are interested in a video published on the YouTube channel Binkov's Battlegrounds (Croatia). Croatian media are trying to consider the kind of situation that would have happened if the USSR had fought not against Nazi Germany, but on its side.


First of all, such an alliance would require great sympathy between the Germans and the Soviet people. It's hard to imagine, so let's just assume that this is so, because the USSR and Germany before the start of the war were economic and militarytechnical cooperation. Therefore, the partition of Poland in 1939 will be considered a starting point, which became a confirmation of the agreements on the division of spheres of influence in the world between Moscow and Berlin.

In reality, the USSR and Germany were hampered by some disagreements. Each of the countries hoped to subjugate the Middle East and the Balkans. In addition, the Nazis generally did not perceive the Slavs as people. But in our alternative reality, we will miss such trifles and pretend that Hitler and Stalin came to an understanding. Let's also assume that the USSR and Japan began to trust each other and also agreed on a number of issues.


After that, the USSR defeats Finland and takes the next step. At the end of 1940, the Red Army invades Iran in order to subjugate the entire country, and not just the northern part, as it was in real history, when the USSR and Great Britain divided it.

At this time, Germany is conducting an offensive in the Balkans, but in 1941 Soviet troops join the Wehrmacht. Bulgaria lets the Red Army go to Greece. Berlin and Moscow agree that Bulgaria and part of Romania will withdraw from the USSR. But the Germans get all of Yugoslavia.

Since the Germans no longer have an "eastern front", they can free up large forces to occupy North Africa. By April 1941, the USSR took control of all of Iran. The Red Army concentrates on the border with Iraq and begins the invasion. Great Britain sends troops to Syria and Lebanon. The war between London and Moscow is becoming inevitable. Turkey remains neutral.

Britain declares war on the USSR, hoping it will encourage the United States to enter the war. But Washington chose an isolationist policies... At the same time, Moscow and Berlin begin to plan a "battle for Britain". The production of ships and aircraft is increasing in the USSR and Germany. On the other side of the planet, Japan is at war with China.

By 1942, thanks to the enormous resources of the USSR, Germany is overtaking Britain in aircraft production. At the same time, the United States is beginning to help Britain. But since Germany and the USSR did not begin to fight with each other, they retained millions of soldiers and an incredible amount of equipment, which has now become even more. And all this is preparing for the assault on the British Isles.

The Germans take Tobruk in Libya and move in the direction of the Suez Canal, the Italian fleet controls the Mediterranean Sea, and the aviation of the USSR and Germany controls the airspace above it. Britain is still clinging to Egypt, as the loss of the Suez Canal will seriously affect the supply of the metropolis. Gibraltar and Malta under threat of capture. At this time, Japan attacks Pearl Harbor and the United States goes to war. They donate thousands of planes and ships to Great Britain.

In early 1942, Germany invades Malta, and Japan attacks the Pacific Ocean. She conquers the Solomon Islands, New Caledonia, Vanuatu, Fiji, and by the end of 1942 even Samoa.

In the summer of 1942, the battle of El Alamein takes place in North Africa. To prevent Egypt from falling under German control, the United States landed troops in Morocco and began to move through Algeria to Tunisia. Britain manages to hold on to Gibraltar. By the end of 1942, the Wehrmacht was approaching Alexandria, and the USSR took control of Iraq. Great Britain, seeing that Egypt and Syria are doomed, begins to evacuate troops.

Now the supply of the British Isles has deteriorated even more. The German submarine fleet has become much more active and interferes with the transfer of goods across the Atlantic. By this time, the USSR and Germany have created a powerful airborne assault armada and are preparing to launch an invasion of the British Isles, the author sums up in this video, promising a sequel.

Note that all such “alternative stories” and “reflections” of anti-Soviet-Russophobes about the Second World War are not just jokes, but an information weapon aimed at undermining the reputation of the USSR and demonstrating the “alliance of Hitler and Stalin”, as well as against modern Russia.
Ctrl Enter
Noticed oshЫbku Highlight text and press. Ctrl + Enter
We are
"Big losses will break the fighting spirit of the Russians": a scenario of the war between Scandinavia and the Russian Federation was presented in Europe
Ukrainian general: the attack on the Donbass will result in huge losses
Reporterin Yandex News
Read Reporterin Google News
10 comments
Information
Dear reader, to leave comments on the publication, you must sign in.