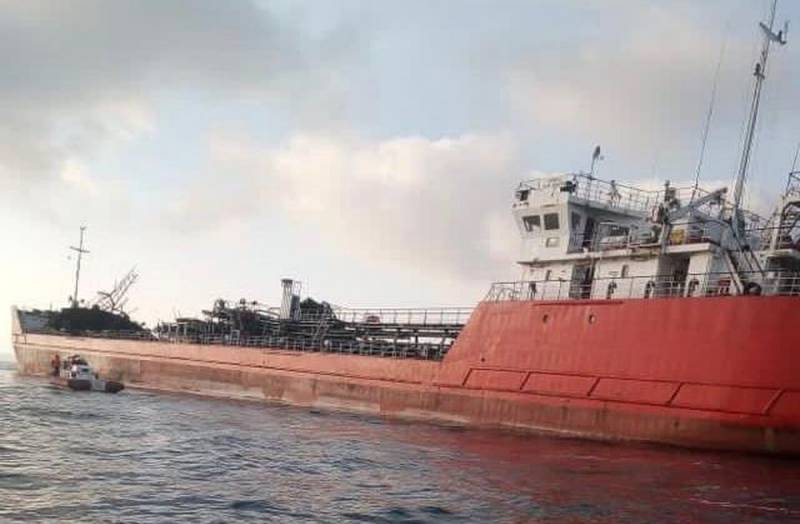 On the evening of October 24, 2020, an explosion occurred in the General Azi Aslanov tanker in the Azov Sea. The vessel was empty, there were 13 crew members on board, it was heading towards Rostov-on-Don. Now the investigators have to find out what caused the emergency.


The incident occurred at 18:40 Moscow time. The first and second tanks of eight exploded. The vessel was heavily damaged, tilted slightly, but remained afloat. Pieces of the deck hang from one side of the ship. The media call the version of the explosion of residual fuel vapors (oil products) due to violation of the rules equipment safety during hot work is most likely.


As a result of the incident, three crew members (presumably a sailor, boatswain and trainee) went missing. The search for them on the ship did not lead to success, so it is assumed that they were overboard. Now rescuers are looking for them. At the same time, ten crew members were evacuated to the "Sirius" motor ship, they are in satisfactory condition.

The ships "Mercury", "Impulse" and "Alexander Sizontsev" of the FSBI "Marine Rescue Service" were sent to the scene to provide assistance. An audio recording of the negotiations between the dispatch service and a member of the tanker's crew was also published.


The owner of the General Hazi Aslanov tanker is Palmali Shipping Agency (Turkey). The vessel was built in Turkey in 2015, but flew under the Russian flag. The home port was Taganrog.

Rosmorrechflot reported that the General Hazi Aslanov tanker was towed to an anchorage located 7-8 miles from the emergency site closer to the Krasnodar Territory. Inspection of the vessel by divers is expected. Two Mi-8 EMERCOM helicopters joined the search for the missing people.
Reporterin Yandex News
Reporterin Yandex Zen
4 comments
Information
Dear reader, to leave comments on the publication, you must sign in.