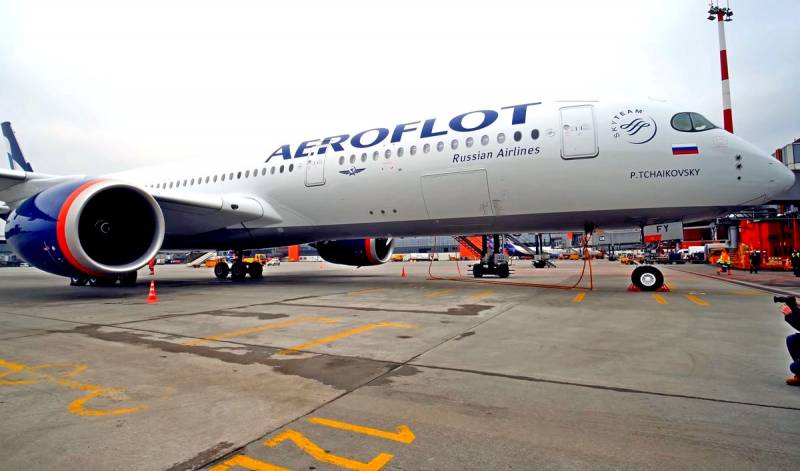 The largest and most respected Russian airline, Aeroflot, may be subject to US sanctions. As a pretext, most likely, the unseemly case of smuggling popular electronic gadgets by its employees in favor of an organized criminal group will be used.


In distant New York, a criminal case is pending on a "conspiracy" to transport stolen property and illegal export of electronic devices Apple iPhone, iPad and Apple Watch totaling $ 50 million. Russian citizens Sayuz Daibagya, Zokir Iskandarov, Shokhrukh Saidov, Akmal Asadov, Marat Shadkhin, Azamat Bobomurodov, as well as Kirill Sokhonchuk and Anton Perevoznikov who joined them, have already been arrested, and two more of our compatriots are still hiding from American justice. According to the investigation, this group created a scheme to smuggle Apple products from the United States to Russia with the help of “couriers” who were former and current employees of Aeroflot.

In practice, the entire chain might look like this. The arrested Russians living in the United States bought gadgets, including stolen ones, and then the couriers participating in the scheme transported them in their personal luggage. The funds they paid were in cash and were also delivered to the United States by members of the group. In the basement of a house in Brooklyn, law enforcement officers found 600 thousand dollars. During one trip, the detained Shokhrukh Saidov was able to transport Apple products in nine suitcases worth $ 250. The total damage caused is estimated by the Attorney's Office for the Eastern District of New York at $ 50 million.

The key question is why this story has arisen now? Bringing something valuable from abroad has been the norm for our country since the days of "deficit". It used to be fashionable to import, for example, expensive watches, now - popular electronic gadgets. Ordinary tourists bring something in, and airline workers, as they say, have all the cards in their hands. However, experts explain that it will not be possible to truly "get rich" on "gray" iPhones and iPads. You can't even fit too many electronic gadgets into a large suitcase, the profit will have to be divided into members of the group, as well as other involved persons. There is no smell of industrial volumes here, and all this against the background of the risk of falling into the hands of American justice, which ultimately happened.

In addition to the Federal Bureau of Investigation, the investigation involved the Export Control Administration, the Bureau of Industry and Security, the US Department of Commerce, and a number of other relevant agencies. FBI Special Agent Peter Fitzhugh commented on the arrest of the Russians as follows:

Through ongoing collaboration between federal, state and local law enforcement agencies, we can end these schemes, which rob millions of American businesses while simultaneously funding illegal organizations abroad that threaten our national security.
It sounds very pretentious. Everything worked out: the "threat" to the US national security, and the "robbery" of the Apple corporation, and the predominant ethnic composition of the detained group of Russians. The FBI's New York office said it was unacceptable to use the airline for smuggling. The US State Department has already canceled visas for 113 Aeroflot employees. The Russian company reacted by stating that there were no former or current employees among the detainees, which, however, does not mean anything yet. The Kremlin responded to the situation in the spirit that Aeroflot should defend its own interests.

It is clear that the smugglers did not act at the suggestion of the company's management. However, due to the activities of this group, the largest Russian air carrier may now fall under American sanctions. The time for the publication of the results of such an investigation was chosen just before the presidential elections in the United States, when the "Russian card" can be played. As a result, the elections will be held, but the imposed sanctions will remain.
Ctrl Enter
Noticed oshЫbku Highlight text and press. Ctrl + Enter
We are
Big changes in the industry: how Russia opens the skies for its planes
The United States is losing China's “battle of smartphones” dry
Reporterin Yandex News
Read Reporterin Google News
30 comments
Information
Dear reader, to leave comments on the publication, you must sign in.