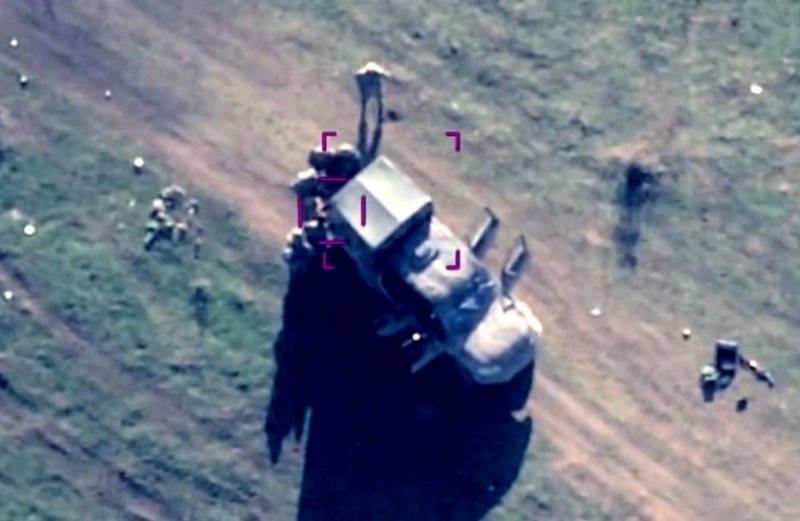 It seems that the conflict in Nagorno-Karabakh could forever change the usual rules of fighting. UAVs successfully used by Azerbaijan, without exaggeration, have devalued all the tactics accumulated by mankind over the past 70 years.


Most of the world's armies have yet to learn this lesson and draw conclusions. However, Russia has already managed to step far ahead in this matter.

Let's return to Nagorno-Karabakh. Caponiers and trenches prepared by the Artsakh Defense Army, foregrounds, fire maps, pre-targeted positions, etc. turned out to be absolutely helpless before the new (Turkish) weapons of Azerbaijan. Thus, the UAVs used during the Azerbaijani offensive, according to expert estimates, destroyed more than half of the armored vehicles, over 60% of the artillery and most of the enemy's air defense systems.

But most importantly, the new tactics showed that in the future it is no longer necessary to "seed" enemy positions with shells. Drones have significantly increased the effectiveness of fire, practically bringing it to the ideal: "one shot - one hit." At the same time, drones can be used not only to destroy military equipment, but also firing points, as well as groups of infantry, including those sheltered in trenches and dugouts.

And what about Russia? Our country already has groundwork that will not only allow us to quickly adapt to the new tactics of warfare, but also improve it.

If earlier Russia tested the possibility of controlling a flock of UAVs, then at the recent exercises "Kavkaz-2020" we learned to unite different flocks, located thousands of kilometers from each other, into a single control system. This approach allows you to control an area of ​​thousands of square kilometers. At the same time, groups of drones are able not only to conduct reconnaissance and interfere with the enemy's communications equipment, but also to physically destroy the assigned targets.

The day before, Defense Minister Sergei Shoigu announced that contracts for the supply of new generation large UAVs would be signed by the end of the year. Consequently, in the near future the effectiveness of our "unmanned" troops may increase significantly.