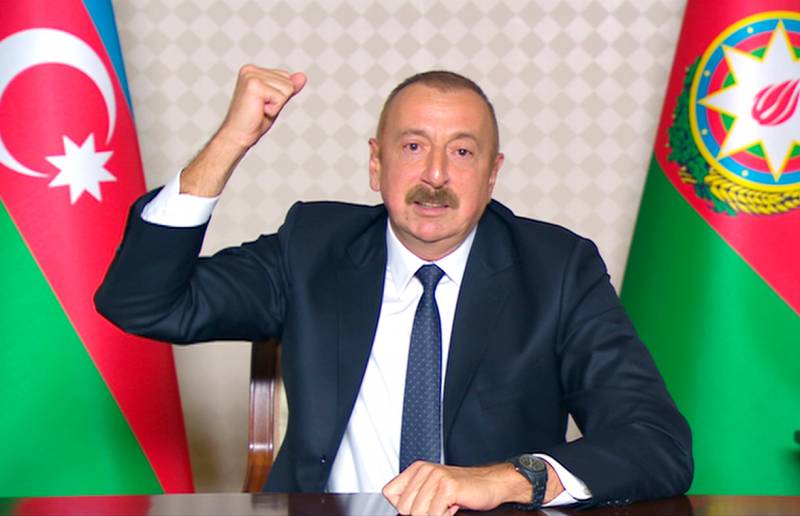 On October 20, 2020, the head of the Azerbaijani state, Ilham Aliyev, addressed the people of Azerbaijan. The President spoke about the course of the "counter-offensive operation" in Nagorno-Karabakh and reminded compatriots that it was launched to suppress the activity of the Armenian Armed Forces, ensuring the safety of civilians and servicemen of Azerbaijan.


Aliyev said that the Azerbaijani Armed Forces will completely deprive the Armenians of weapons, since with its help they commit provocations, exposing the positions of the Azerbaijani military and settlements, both in the front line and in the interior of the country. After that, the Azerbaijani leader listed a large number of captured and destroyed Armenian military equipment.

In the form of trophies, the Azerbaijanis got 39 tanks, 24 infantry fighting vehicles, 12 mortars, 25 grenade launchers and 102 trucks from the Armenians.

It should be noted that the PC-24 "Yars" has nothing to do with either the Armenian Armed Forces or Nagorno-Karabakh, since it is in service exclusively with the Strategic Missile Forces of Russia. These are mobile and silo-based solid-propellant ICBMs with a multiple warhead. At the same time, Aliyev need not be afraid of them, since they are an element of nuclear deterrence and are designed to retaliate against countries that have a certain strategic potential or provide their territory for nuclear weapons that threaten Russia. Azerbaijan is not yet included in this category.
Reporterin Yandex News
Reporterin Yandex Zen
53 comments
Information
Dear reader, to leave comments on the publication, you must sign in.