Kedmi: American B-52s over the Caspian may become a reality 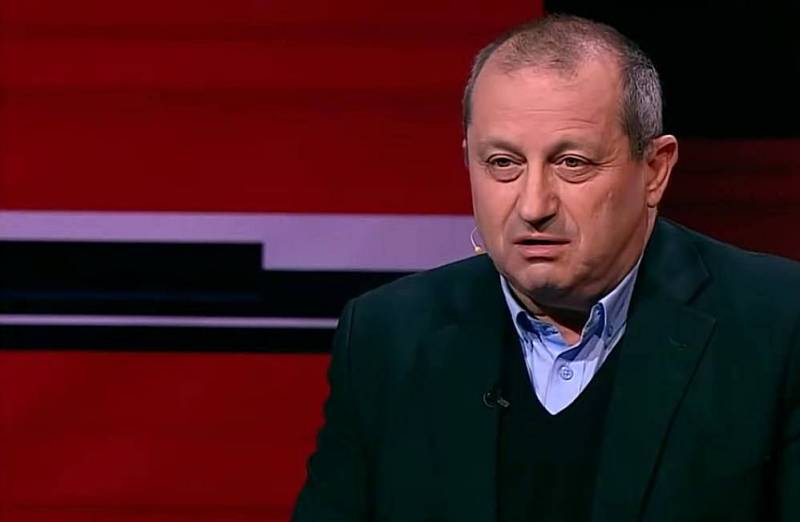 According to the Israeli military-political analyst and former head of the Nativ special service, Yakov Kedmi, because of Ankara's actions in the Caucasus, there is a risk that American forces will appear in the Caspian Sea region.


Kedmi believes that the Russian authorities should learn from the experience of the situation in Ukraine - as practice shows, the West is capable of threatening Russia even from countries that are not NATO members. The culmination of this state of affairs was the U-turn of the B-52 strategic bomber in the skies over Kharkov.

If the Kremlin does not take active action, this could be repeated in other regions bordering with Russia, as well as in the Caspian region. The most threatening situation is currently being concealed in the Caucasus due to the aggravation of the Nagorno-Karabakh armed conflict.

What will Russia do if the B-52 is deployed over the Caspian tomorrow? And where can rockets fly from there?
- the expert asks.

Learning from the events of 2014 in Ukraine, the Kremlin must be more active in the Caucasus, otherwise the southern regions of Russia may be under the threat of invasion from outside. According to the Israeli expert, Washington can use the political vacuum in the region to advance its goals.
Ctrl Enter
Noticed oshЫbku Highlight text and press. Ctrl + Enter
We are
Jacob Kedmi: Russia was the first to create a vaccine because of the difference in moral approaches
Kedmi: "Ukrainian scenario" in Belarus led to the opposite effect
Reporterin Yandex News
Read Reporterin Google News
Ad
We are open to cooperation with authors in the news and analytical departments. A prerequisite is the ability to quickly analyze the text and check the facts, to write concisely and interestingly on political and economic topics. We offer flexible working hours and regular payments. Please send your responses with examples of work to [email protected]
9 comments
Information
Dear reader, to leave comments on the publication, you must sign in.