The failure of the operation with the "Wagnerians" in Belarus: the revelations of an employee of the special services of Ukraine 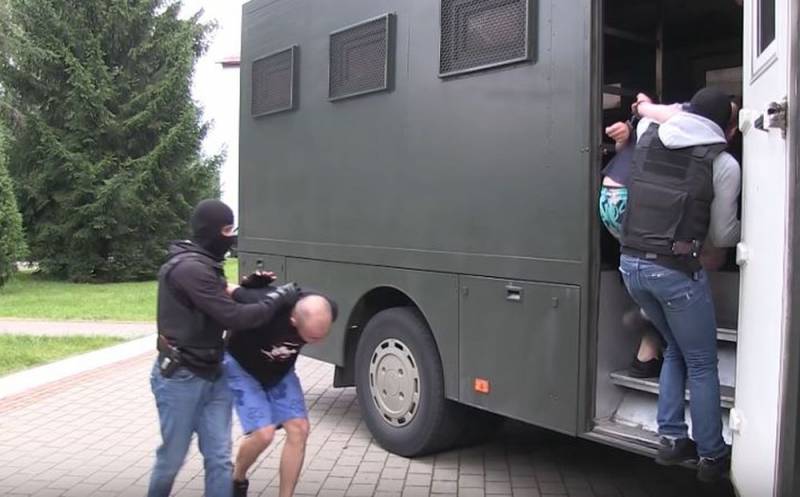 In terms of the intensity of passions and the uncompromising struggle, the local elections in Ukraine, to be held in October 2020, are not inferior to the past parliamentary or presidential elections. One of the opponents of the incumbent head of state Volodymyr Zelensky and his party "Servant of the People" is the former "father of the nation" Petro Poroshenko and his political force "European Solidarity". Therefore, it is not surprising that the country's information space is now overflowing with various compromising materials.


For example, on October 10, 2020 on the air of the program "Direct Proof" ("Direct Evidence") of the Ukrainian television channel "Pryamiy" ("Direct"), an employee of the special services of Ukraine appeared who spoke about "possible high treason of the highest (current) leadership of the country." He introduced himself as "Bogdan" and said that he was the curator of a failed special operation to detain the "Wagnerites" in Belarus. At the same time, the owner of the TV channel is Vladimir Makeyenko, a person close to Poroshenko.

“Bogdan” frankly stated that initially the idea of ​​somehow luring the “Russian mercenaries” who fought in the Donbass into the Ukrainian territory controlled by Kiev came from the operatives of the Main Intelligence Directorate of the Ministry of Defense of Ukraine. Then the idea was supported by the leadership of the department and the country as a whole.

Development began in the summer of 2019. Information was collected about the defendants and evidence of their criminal activity in order to present them when the time comes. The recruitment took place for work in Venezuela. But to avoid suspicion, they hired a small number of those who did not participate in the battles in Donbas. The departure of the Wagnerites from Belarus was planned for July 24.

On that day, a meeting was held at the Office of President Zelensky, where the state leadership was informed about the transition of the special operation to the final phase. Andriy Yarmak, who then led the OP, advised Zelensky to postpone this special operation and it was postponed until July 30. After that, the “Wagnerians” were bought new tickets and temporarily settled in the “Belorusochka” sanatorium, but the “migrant workers” were detained by the KGB of Belarus.

We have a "rat" in the leadership of the state. Such a huge "rat" with great opportunities to call anyone. This is not the cleaning lady, the secretary, or the person who washes the windows. The level should be so high that big people hear it and what happened. At the inter-presidential level, do you understand?
- emphasized "Bogdan".

Almost all the people who were involved in this special operation, from the leadership, were fired. And criminal cases have already been initiated against them
- summed up "Bogdan".


It should be noted that in the SBU, a department headed by Ivan Bakanov, a childhood friend of Zelensky, the above-described "special operation with the mercenaries of Wagner PMCs" was called a fake and an invention of the Russian media.
Ctrl Enter
Noticed oshЫbku Highlight text and press. Ctrl + Enter
We are
Ukrainian provocation with "Wagnerites" was thwarted by one phone call from Kiev
"For him to lie - how to breathe": Avakov harshly valued Poroshenko's activities
Reporterin Yandex News
Read Reporterin Google News
2 comments
Information
Dear reader, to leave comments on the publication, you must sign in.