How and when the war in Nagorno-Karabakh will end 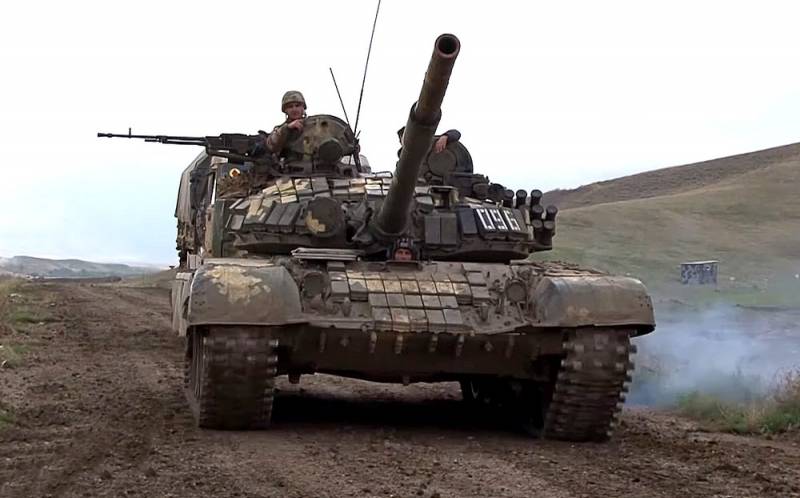 Any war ends when the victorious side believes it has achieved its goals. Sooner or later, the next escalation of the armed conflict between Azerbaijan and Armenia will also end. What goals could Baku and the Ankara behind it really set?


First of all, one must understand that President Aliyev could hardly seriously expect to completely seize (liberate?) Nagorno-Karabakh. For neighboring Armenia, the issue of the inviolability of the unrecognized republic is of fundamental importance, therefore, the Azerbaijani army will not be able to take it under control without unacceptable losses.

The next thing to consider is the general economic and the military-industrial level of the two belligerent countries. Let's face it, this is not a deadly confrontation between the USSR and the Third Reich, where truly colossal resources were involved. Armenia and Azerbaijan simply will not be able to fight each other for too long, despite the fact that Ankara is supporting Baku with weapons. Technique is knocked out, ammunition is fired, tons of fuel and lubricants are spent, people are dying. All this must be continuously replenished, but Azerbaijan itself, and Turkey behind it, who have become the initiators of this aggravation, are experiencing serious economic difficulties. The war requires a lot of money, and low prices for hydrocarbons have sharply reduced the financial capabilities of Baku.

The Azerbaijani military occupied a number of settlements, but as such the blitzkrieg has not yet worked out, being bogged down in the fierce resistance of the Armenians. Further positional confrontation will cost both sides dearly in every sense of the word. Attention is drawn to the statement by Prime Minister Nikol Pashinyan about the readiness of Yerevan and Stepanakert to some kind of compromise:

The settlement of conflicts should be carried out on the basis of mutual concessions. Nagorno-Karabakh and Armenia are ready for such concessions as Azerbaijan will be ready for.
What kind of compromise could it be? Most likely, we can talk about seven buffer territories, the so-called "security belt", which were occupied by the Armenians during the war in the mid-nineties. For modern Azerbaijan, their return is a national idea, a matter of international prestige. Apparently, the real goal of Baku was the return of these very territories and the resettlement of former refugees there. It would be big for President Aliyev political success, external and internal, which would increase his staggering popularity in his country against the background of economic difficulties. But Armenia, too, would clearly not mind getting back the regions under the control of Azerbaijan - Shahumyan, parts of the Martuni and Martakert regions. This would help Prime Minister Nikol Pashinyan save face in front of his people.

The question is how to bring old enemies to the negotiating table. The ideal option would be to try to reconcile the parties specifically to Moscow as a traditional mediator. Unfortunately, the participation of Turkey in the conflict, which pursues its own political interests, complicates everything, and now neighboring Iran is actively involved in the matter. We'll have to wait until the Azerbaijani military runs out of energy and Baku does not recognize the impossibility of returning all buffer territories under its control by force. Only then will it be possible to bring President Aliyev and Prime Minister Pashinyan to the negotiating table through the mediation of the already expanded composition.

Apparently, Ankara and Tehran will have to be involved in the settlement of the conflict in Nagorno-Karabakh. Security in the zone of delimitation can be ensured by the deployed peacekeepers. Much will depend in the future, from which countries this contingent will be recruited.
Reporterin Yandex News
Reporterin Yandex Zen
10 comments
Information
Dear reader, to leave comments on the publication, you must sign in.