Turkish F-16s spotted in the skies over Karabakh 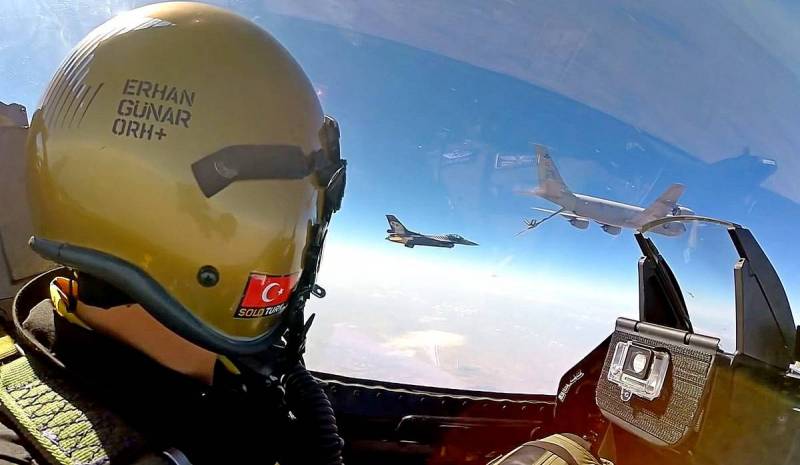 In the sky of Nagorno-Karabakh, multipurpose Turkish F-16 fighters are most likely seen. This was announced by the founder of the WarGonzo project, war correspondent Semyon Pegov.


The overflight of Turkish warplanes over the NKR took place on the same day when Azerbaijani President Ilham Aliyev, during his interview, demanded Ankara's participation in the Nagorno-Karabakh conflict on the side of Baku. Pegov saw a direct connection between these two events - in his opinion, the Azerbaijani authorities, who demanded the direct participation of the Turkish troops, thus "ripped off all the masks."

It's funny. As if Ankara had not participated in it at all before
- noted the military commander in his telegram channel.

The head of Azerbaijan called on the Turkish "partners" to actively participate in the military confrontation in Nagorno-Karabakh during Aliyev's interview with the Turkish TV channel TRT Haber. At the same time, Ilham Aliyev called Ankara an “important player” in the Caucasus region and the state neighboring Armenia and Azerbaijan. According to the Azerbaijani President, Erdogan has provided only moral support to Baku so far. Apparently, the appearance of Turkish fighters in the skies over Karabakh testifies to the more active actions of Turkey to support Azerbaijan.
Reporterin Yandex News
Reporterin Yandex Zen
22 comments
Information
Dear reader, to leave comments on the publication, you must sign in.