Why Russia is covered by one environmental disaster after another 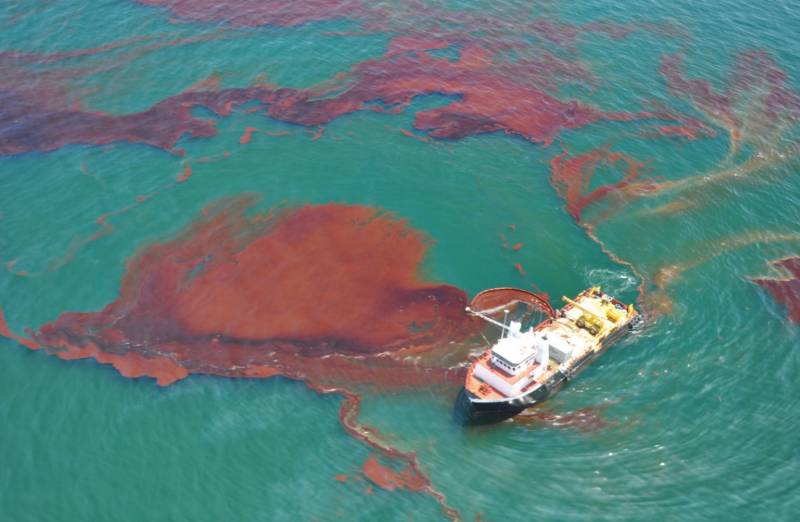 Another ecological catastrophe has occurred in Russia. This time in Kamchatka. The reasons have yet to be established, but most of all, it is annoying that the very fact of its accomplishment became known only thanks to the sports community and popular bloggers. The local authorities either did not know about it at all, or, perhaps, hoped that it would “resolve itself”. It did not dissolve.


It became known for a long time that not everything is in order on the Russian coast of the Pacific Ocean. Domestic surfers took a fancy to the waves in Kamchatka, and they were the first to suffer from the environmental disaster. Athletes who spent a lot of time in the water began to watery eyes, problems with breathing, dizziness and vomiting. Doctors recorded in many of them chemical burns of the cornea of ​​I and II degrees. At the same time, they did not receive any warnings about a possible emergency from the local authorities.

Then there was a storm, after which many dead marine life were thrown ashore. The water became cloudy and dirty, unusually thick. Divers who examined the bottom reported that a real underwater cemetery had formed there. All the surrounding beaches were littered with the corpses of marine life. The water samples taken showed that the content of petroleum products in it exceeds the norm by 3,6 times, phenols - 2 times. After the visit of the governor of the region, Vladimir Solodov, on November 4, additional samples were taken and sent for research to Moscow. He threatened to fire those officials who kept silent about the state of affairs.

So, the fact that some kind of emergency actually happened was known back in the first decade of September. The popular video blogger Yuri Dud published data from the environmental protection organization Greenpeace, according to which the river became the source of the poisoning of the Pacific Ocean. From it, hazardous substances began to enter the ocean on September 9, which is confirmed by the corresponding satellite images:

Pictures in chronology on September 1, 9, 24 show that on the 9th the river was already pouring tons of poison into the ocean. It turns out that almost a month has passed. There was no reaction to prevent the disaster and save the situation.
The blogger suggested that if responsible people immediately recognized the problem, then a timely rescue operation could reduce the scale of the disaster. The key question is what caused the most serious emergency? The governor of the region expressed three versions: technogenic (human activity), volcanic activity or "algae behavior." We will not get ahead of ourselves, but it is worth remembering that a landfill was built in Kamchatka near the Kozelsky volcano for storing 108 tons of toxic chemicals and pesticides. This is waste from agricultural enterprises, which there was no one to dispose of on site, and it was expensive to take out. True, for some reason, 5 billion rubles of budgetary funds were found just to bury them in a special training ground.

Let us remind you that this is not the first time that the environment is seriously damaged through human fault. At the end of May this year, a large-scale diesel leak occurred in Norilsk, which posed a threat to the ecology of the Arctic region. Due to the peculiarities of the management at Norilsk Nickel, the repair of the fuel storage tank at CHPP-3 was carried out in a specific way. In the press there was information about large-scale "kickbacks" in the performance of work, as well as that the process was led by unsuitable people. As a result of the accident, the concentration of harmful substances in the river exceeded the norm by tens of thousands of times, and oil products eventually reached the Kara Sea. The very fact of the catastrophe was hushed up and became known far from immediately.

Damage to Kamchatka has yet to be calculated. To those health problems that formed among surfers, and the mass death of marine life, it should be added that the unique nature of Kamchatka is a UNESCO World Heritage Site. In addition, a serious blow has been dealt to the attractiveness of the coast of the region for tourists and athletes. In general, if in the end it turns out that the ecological catastrophe was the result of a combination of corruption schemes, someone's negligence and an attempt to hide the fact of an emergency, then with such "responsible persons" in Russia no external enemies are needed.
Reporterin Yandex News
Reporterin Yandex Zen
13 comments
Information
Dear reader, to leave comments on the publication, you must sign in.