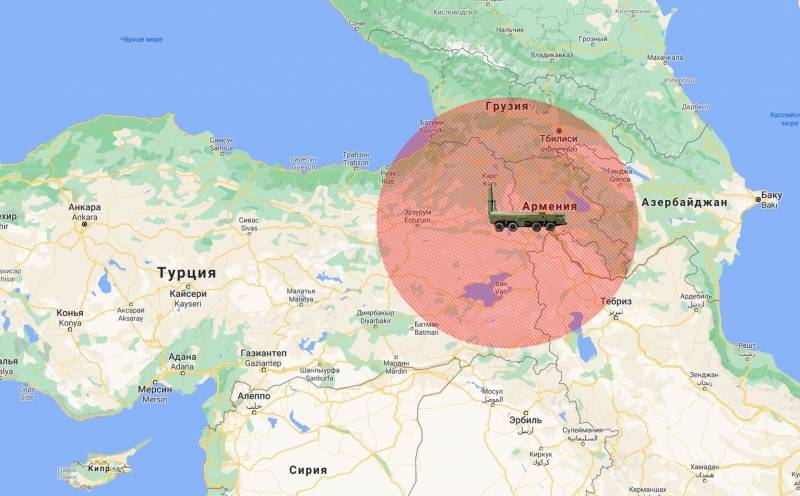 Yerevan threatens to use Iskander-M "hypersonic" missiles to deter the attacks of Turkish F-16s, so Ankara is playing with fire, intervening in the Armenian-Azerbaijani conflict in Nagorno-Karabakh, the American Military Watch writes.


After start For the next round of confrontation in the Transcaucasus, the Turks threatened to send American-made F-16C light fighters in service to help Baku. And this is not counting the numerous reports of the transfer of jihadists from different countries to the region, which is carried out by Ankara. For Turkey, a NATO country, this will be the third active intervention in the affairs of other states in recent years. Therefore, the Armenians feel a real danger and will oppose the Turks. They simply have no other choice.

Armenian Ambassador to Moscow Vardan Toganyan directly said about OTRK "Iskander-M". His words were confirmed by the official representative of the country's Defense Ministry Artsrun Hovhannisyan, specifying that other strike weapons would be deployed as well. Probably, we are talking about heavy Su-30SM fighters, which are armed with Kh-31P medium-range anti-radar air-to-surface missiles (up to 110 km) and R-77 air-to-air missiles with the same range.

It should be noted that due to certain circumstances, the rearmament of the Turkish Air Force did not take place and the indicated F-16Cs, which did not undergo modernization, remained equipped with seriously outdated missiles. Therefore, they cannot even be compared with the Su-30SM, although the Armenians have only 4 of them.

As for the Iskander-M OTRK, they can become an asymmetric response of Armenia to Turkey's attempts to realize its threats. Iskander-M missiles can reach speeds of up to Mach 7 and are almost impossible to intercept. At the same time, the detection of launches, not to mention the mobile OTRK themselves, is extremely difficult. Moreover, Yerevan can use 48 missiles, which will neutralize all air bases in Azerbaijan, as well as in part of Turkey. For Armenia, the Iskander-M OTRK is a deterrent, with the help of which the Armenians want to reduce tensions, since their neighbors do not have comparable strike systems.
Reporterin Yandex News
Reporterin Yandex Zen
9 comments
Information
Dear reader, to leave comments on the publication, you must sign in.