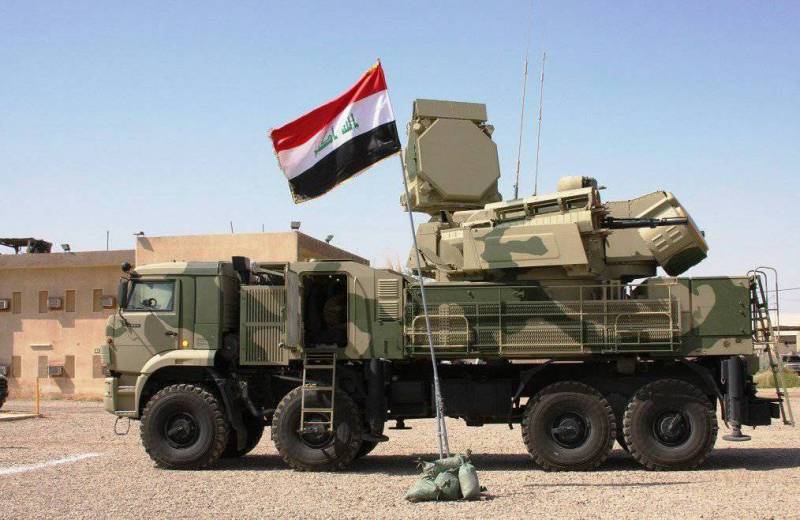 Ever since Russian aviation, in cooperation with Iranian ground forces, changed the course of the war in Syria and helped to keep Bashar al-Assad in power, the Kremlin has been expanding its spheres of influence in the region in an attempt to oust the United States from Iraq. TRT World reports.


Moscow's interest in Baghdad is primarily associated with Iraqi hydrocarbon deposits - more than 90 percent of all Iraq's exports are oil and gas. RF investments in the economy this country is about $ 10 billion. In the coming years, Russian corporations Tatneft, Zarubezhneft and others will invest about $ 20 billion in oil and gas production projects.

In 2009, Lukoil began developing an oil field in Basra - over 25 years of operation of this project, the level of production there of "black gold" is planned to increase to 800 thousand barrels per day. Gazprom and its partners have invested about $ 2,5 billion in Iraqi energy.

Russia's influence in Iraq has increased since 2014, when Baghdad needed help in the fight against ISIS, while the United States failed to fully provide the Iraqis with everything they needed.

In 2017, Rosneft provided a $ 3,5 billion loan to the Iraqi Kurdistan Region. In 2018, the Russian company acquired a controlling stake in an oil pipeline from Kurdistan to Turkey and entered into an agreement to build a parallel gas route.

Russia and Iraq are also strengthening military ties. So, in 2019, the Russian Federation assisted its Iraqi colleagues in creating a command center in Baghdad. The Russians are also forging ties with the pro-Iranian militia, which are challenging the Americans to provide security on the ground. Moscow remains committed to successfully ousting the United States from Iraq, despite all the attendant risks.
Reporterin Yandex News
Reporterin Yandex Zen
1 comment
Information
Dear reader, to leave comments on the publication, you must sign in.