The new "iron curtain": why does the West spin Navalny and Tikhanovskaya? 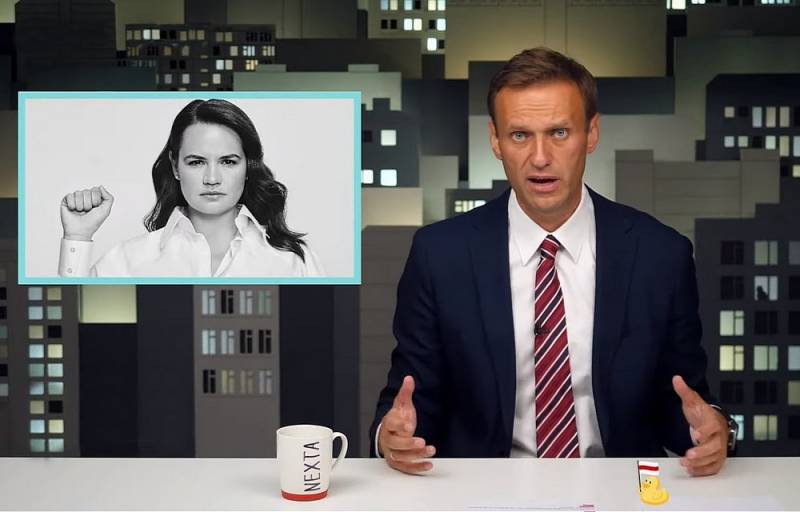 There is a strong impression that the West is preparing to lower a new "iron curtain" before Russia. First, this will be done in the field of economic cooperation, and then in policy... What gives us reason to believe so?


Since 2014, the Kremlin's relationship with the collective West has steadily deteriorated. Our only official ally and "window to Europe" was Belarus, which until recently tried to remain neutral, pursuing the so-called "multi-vector" course. Almost simultaneously, two significant events took place for Moscow and Minsk: the well-known opposition leader Aleksey Navalny was poisoned in Russia, and in Belarus following the controversial elections there appeared its own “alternative president” Svetlana Tikhanovskaya. Probably, historians will subsequently begin to count from this the official start of the Cold War-2.

In Germany, where the oppositionist who suffered from the poisoning was hastily redirected, Angela Merkel paid a secret visit to him the other day. After that, Frau Chancellor made a tough statement:

It is obvious that Alexei Navalny is a victim of a crime. They wanted to silence him. And I strongly condemn this on behalf of the entire federal government.
She was echoed by French President Emmanuel Macron, who demanded clarification from the Kremlin about the circumstances of the assassination attempt on Navalny. According to the head of the Fifth Republic, the fact of poisoning with a chemical warfare agent is confirmed by the results of an examination of a military laboratory. Note that this statement was made after Macron's meeting in Lithuania with Svetlana Tikhanovskaya, who calls herself "the president elected by the Belarusian people." It is very difficult not to notice a certain coordination of actions of the two leading powers of the European Union. But what do they want?

At first, The USA is finally defeating Gazprom in the fight for the European energy market. Apparently, Berlin is no longer ready to continue to defend Nord Stream 2, and the pipeline will not be completed. In any case, in the medium term. It is clear that the FRG itself is not profitable, but no economic there is no expediency in such a solution. Where is the objective connection between the assassination attempt on the oppositionist from Russia and the bypass pipeline around Ukraine? It just doesn't exist. One policy with the smell of American LPG. After the freeze on the construction of Nord Stream-2, Moscow will be firmly tied to Kiev in transit, and Gazprom will be forced to repair and maintain the Ukrainian GTS at its own expense.

SecondlyBy their visits to Navalny and Tikhanovskaya at the highest level, Western leaders are actually bringing them to the forefront of the political struggle for power in Russia and Belarus simultaneously. Now she is no longer a simple opposition blogger, over whose anti-corruption investigations it is customary to be ironic, and not a “mother of two”. The world media will create from them certain values ​​that will be positioned as the "correct" alternative for Moscow and Minsk.

Himself Alexei and Svetlana, if you think about it, too, you will not envy. On the one hand, they can be used to make “banners” for the “liberation of Russia and Belarus from the“ bloody regimes ”of Putin and Lukashenka and elevate them to the very top. On the other hand, it is possible that they are destined for the fate of "sacred victims", who will again be hanged, it is clear to whom. After all, the "symbol" does not have to be alive, rather, on the contrary, right? Whatever happens to them, the West will still benefit.
Reporterin Yandex News
Reporterin Yandex Zen
9 comments
Information
Dear reader, to leave comments on the publication, you must sign in.